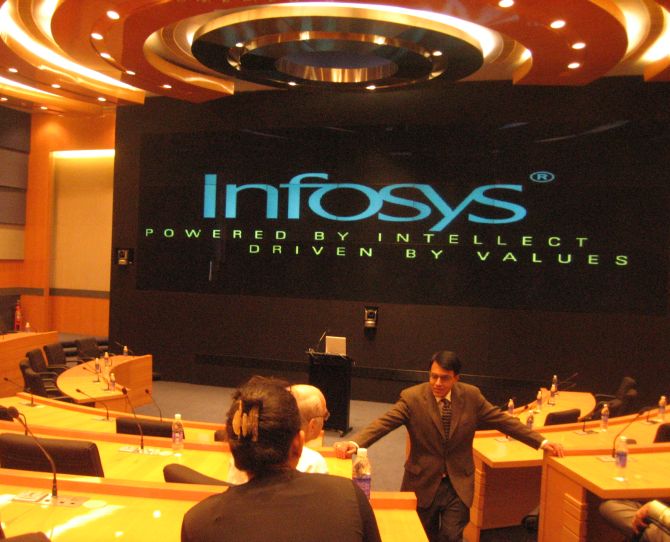 The greatest positive factor about Vishal Sikka is his knowledge and career record.

In a way, all the troubles that Infosys has been through over the last couple of years have probably been worth it.

It seems the board, led by Executive Chairman N R Narayana Murthy, could not have done better than to choose a person like Vishal Sikka to lead Infosys in what will be a new chapter in the company's history and evolution.

Mr Murthy and his team deserve compliments for the manner in which they went about their task of giving Infosys a new leader.

When Mr Murthy started his second innings at Infosys in June 2013, he gave himself 36 months to complete the tasks of finding a new leader and building the platform to take the company forward. 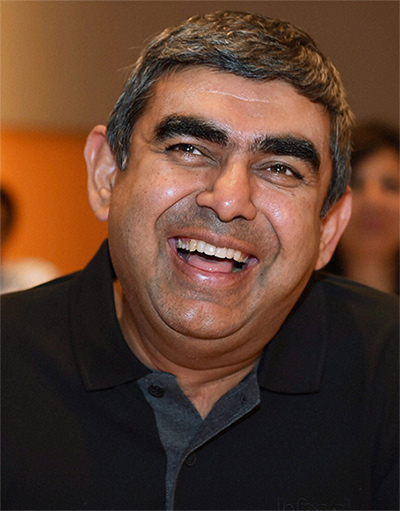 That he could fulfil both the tasks, by his own admission, in about a year and abolish his office speaks volumes about his commitment to the values and ideals around which Infosys has grown over the years.

It must be noted that the era of the founders, first by design and then by troubled default, is now over and well-wishers - there are many of them in India and elsewhere - will look forward to a new dawn that will restore the company to the position of a thought leader in India's information technology (IT) industry.

The excitement generated over the choice of Mr Sikka centres primarily around his credentials. 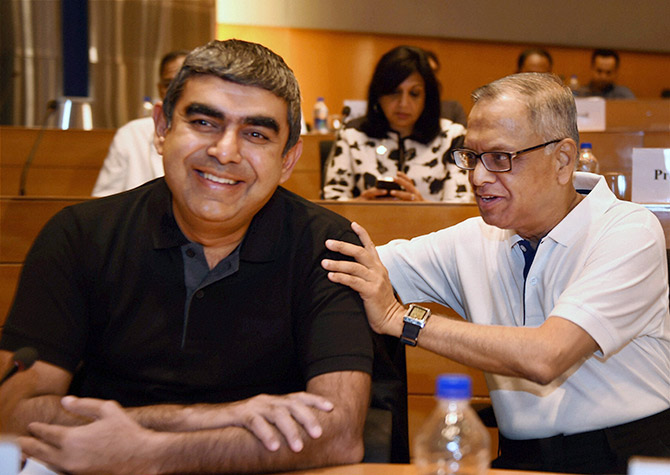 He is an outsider who will help initiate new thinking in a company that has been weighed down by its storied past and, therefore, slow to change with the times in an industry that changes at the speed of Moore's law, if not light.

However, Mr Sikka, who is of Indian origin, will ensure the necessary cultural fit in a company that is decidedly Indian.

The fact that he is only 47 years of age will ensure that, along with fresh thinking, he will bring enormous energy and the aggressive positivism that goes with young leaders.

Perhaps the greatest positive for Mr Sikka is his job knowledge and career record. 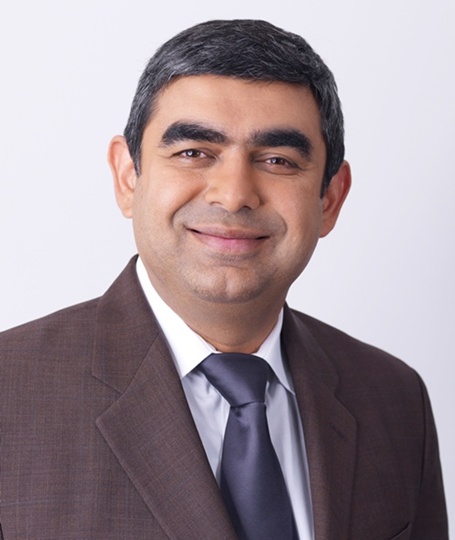 As an executive board member of SAP, the world's leading enterprise solutions firm (commercial operations around the world live on this enabler), he has true blue-chip antecedents. But what is most important is that in SAP he was earlier chief technology officer.

This, plus the fact that he has a doctorate from Stanford (the intellectual cradle of Silicon Valley) in artificial intelligence, ensures that he will provide the technology leadership and initiative in an age in which incumbent firms will have to be at the forefront of technology to remain relevant.

In the age of cloud computing, proprietary platforms, software on demand and mobile communications, being able to live and breathe the technology of not today but tomorrow (see it coming and be prepared to embrace it) will be vital for survival.

There is also a great need to access the creativity of young computer engineers who keep churning out applications that are defining the needs of the individual who depends heavily on mobile communications.

It is here that Infosys' huge cash pile can come in handy to leverage such creativity. 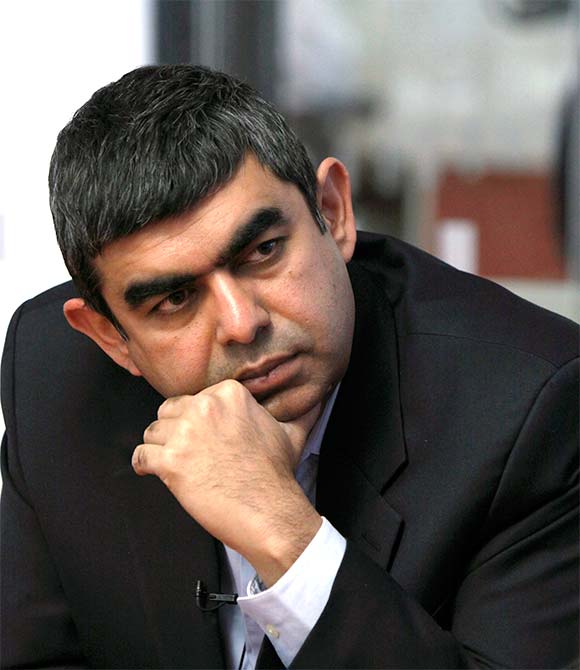 Today, the makers of not just mainframes and servers but even of handsets have migrated to a commoditised space and the real intellectual buzz is around applications for smartphones that link man to society through social media.

It is not enough to say that Mr Sikka will have to lead Infosys in rebuilding its top team and regaining market share, but it will be exciting to visualise how best this can be done.

Tomorrow's winner will be the organisation that can anticipate what the enterprise and the individual will need - they are linked through social media - and be ready with the technology to deliver it.