No airport development fee at Kolkata and Chennai 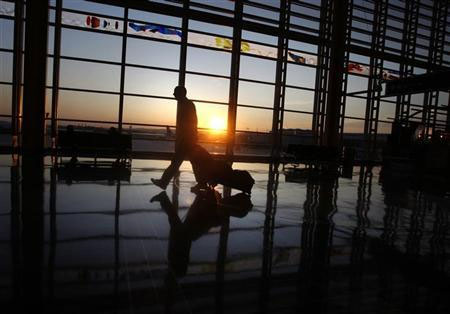 Following Civil Aviation Minister Ajit Singh's direction to the Airports Authority of India (AAI) not to propose the levy of an airport development fee (ADF), the AAI has now made certain proposals to the Airports Economic Regulatory Authority (AERA) without such a fee.

AERA will now determine only the user development fee (UDF) and other rates, like landing and parking charges. No ADF would be charged from passengers flying from these airports even after modernisation of the airports was complete.

Modernisation and expansion of the Kolkata and Chennai airports are being carried at a cost of Rs 2,325 crore (Rs 23.25 billion) and Rs 2,015 crore (Rs 20.15 billion), respectively. ADF forms a part of the viability gap funding to meet construction costs, while UDF is charged to cover operational costs.

Earlier, the AAI had submitted a proposal to AERA for levy of development fee of Rs 300 per embarking domestic passenger and Rs 1,000 per embarking international passenger at Chennai and Kolkata airports. The proposal was returned to AAI by AERA with the direction to the former to undertake user consultations and make fresh proposals indicating agreements/views of the users.