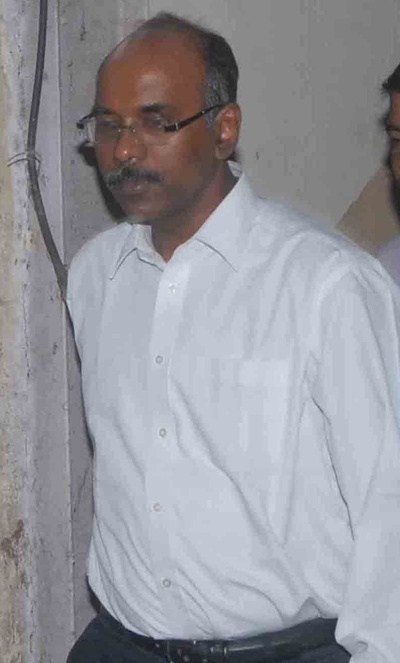 Before arresting him, he was interrogated by EOW for several hours; yesterday he had been interrogated at length by the Enforcement Directorate (ED).

Sinha was arrested for his role in the Rs 5,600 crore payment crisis at the NSEL which has affected 13,000 investors across the country, police said.

The ED has registered `preliminary inquiry' under the Prevention of Money Laundering Act, suspecting large-scale money laundering in the spot exchange.

Sinha and his wife Shalini, who is managing director of family-run firm SNP Designs, were questioned by both ED and EOW. Sinha, who filed an affidavit before a city court a few days ago, blamed the entire former senior management of NSEL, including himself.

The affidavit said he suspected that some of the former senior management members might have entered into dealings with buying members for their personal benefit and demanded a judicial inquiry against them.

He admitted to submitting "wrong stock statement" to NSEL the board and regulator Forward Market Commission, based on the report by the warehousing division.

"By 2011-12, the scenario was such that if we do not allow rollover, buyers would have defaulted with huge amount. On the other hand, if we continue to allow him to rollover his position, his exposure keeps on increasing every year by 20-25 per cent due to impact of rollover cost and exchange fee," he stated in the affidavit.

Sinha also found fault with business development team for introducing buyers with bad credentials into the NSEL system. He blamed the warehousing team for not having adequate control of physical stock and making "false stock statement".

An FIR was registered in the case on September 30 by the EOW against Jignesh Shah, chairman and managing director of Financial Technologies which promoted the crippled exchange, Joseph Massey, MD of MCX-SX, the stock exchange promoted by the FT Group,  and other promoters, directors and defaulters.

All of them have been charged with cheating, forgery, breach of trust and criminal conspiracy, among other offences, in connection with the payment crisis at the NSEL.

On October 1, the Central Bureau of Investigation too registered a preliminary inquiry in the case. NSEL has been facing problems in settling Rs 5,600 crore (Rs 56 billion) dues of 148 members/brokers, representing 13,000 investor-clients, after it suspended trade on July 31 on government's direction.