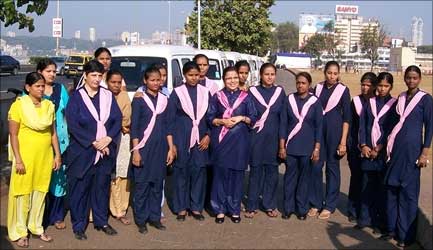 She converted her biggest passion of driving into a great business opportunity. Revathi Roy, founder-promoter of For-She, an avid rally driver has been driving cars for the last three decades.

Unlike other entrepreneurs, she started in the midst of a personal tragedy. Her husband, after a long illness, went into coma and passed away few months just before the company was set to be launched.

Life was taking a very uncertain turn for this mother of three children. It was tough ride but Revathi was determined to fight it out. It was a question of survival and she knew she could not afford to give up.

With no money in hand, her husband in coma and with the children growing up, there were very few options open to her. Finally, she decided to do something in a field that interested her the most -- driving.

She realised that there was a need for a niche service in the transport sector. So she started a cab service exclusively for women and old people, For-She.

Initially, she also started driving the cars. "I drove the cab myself for about ten months. It was a great experience. It was odd at times as there were not many lady taxi drivers. But I enjoyed doing the work," says 50-year-old Revathi Roy, for whom this venture is a dream come true. 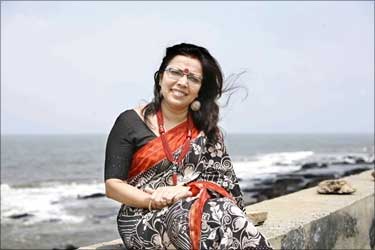 Working day and night, Revathi had just one mission, making this venture a grand success. She could not think of anything else.

Roy knew she was taking a big risk but was confident that she will not falter at any cost. A good support system at home helped her. Her husband's parents were very supportive.

And people cheered her all along.

Once while she was taking some foreign passengers to be dropped, a guy kept waving at her from another vehicle. She ignored thinking it must be someone who wants to vent his anger at her. But to her surprise when the car stopped at the traffic signal, the couple in the vehicle got down, came near her and said we are proud of you, took her visiting card and wished her luck. "It was overwhelming," says Roy. 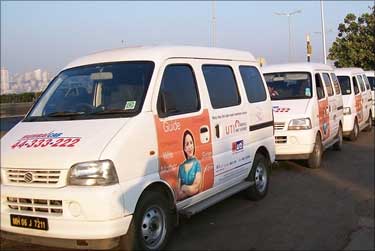 Her customers became her biggest assets. They even helped her purchase over 10 cars. Slowly, the business grew and more passengers opted for For-She cabs.

The For-She service, which began as a garage start-up in 2007, has a full-fledged office, a training school, and as many as 65 cabs across Mumbai and Delhi. Thousands of passengers have enjoyed the For-She drive.

Towards the end of 2007, a meeting with Orix Infrastructure gave a definite direction to the business. Orix Auto Infrastructure Services (OAIS) joined hands with For-She Travel and Logistics to launch more taxis services in 2008.

"The attrition rates are high. It is difficult to convince people to stay back. And if there are not keen on working, and disturbed about any problem, they may not be ale to drive properly. Safety is our foremost concern," says Roy. 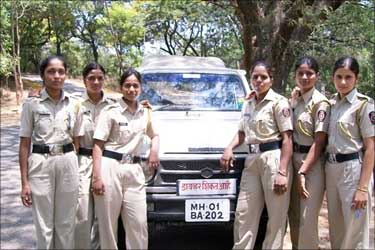 The driving school, run by her company, For-She Travel and Logistics, is a step towards mitigating the problem. It offers a good avenue to women who would be otherwise doing household chores. Revathi is happy to have turned to be the 'job giver'.

It is actually empowering women to work in a male-dominated sector.

"Any business venture has its teething problems. It is because of the support of the girls who had faith in me that this venture has become successful. It was a creation of an entirely new vocation," says Roy.

More than 200 girls have undergone training at her company. Of these, 75-80 drivers have been inducted by the Orix itself. The company trains girls who have passed eighth standard in a 3-month course for a charge of Rs 10,000.

"Besides driving, the school teaches etiquette, history of Mumbai, English, traffic signs, etc so that they can become safe drivers," says Roy. 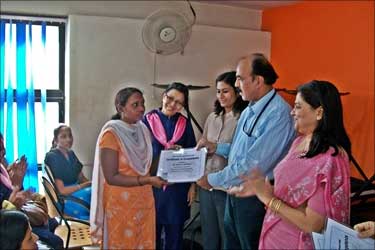 The best compliment they get is when senior citizens use For-She cabs and their children tell us that they don't have to worry about their parents' travel anymore.

While travelling in other cabs, she could not tolerate the unruly cab drivers and lack of hygiene. For-She lays special emphasis on clean and hygienic cars, and pleasing drivers who promise a safe drive.

Today, after three years of hard work, her debts have almost been cleared and the business is growing exponentially. "I am proud to have created a niche in this market. This sector has a huge growth potential and it will continue to grow," says Roy, who is keen on working on other big plans in mind.

Revathi sums up her experience as 'great and enjoyable, but tough' "as you are following your own dream and expecting others to follow it."

Does more competition worry her? "No, we would be happy to have other players. The market size is big enough to have others as well," she says. 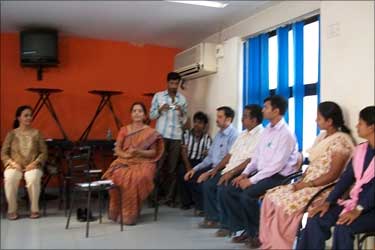 Roy has now stepped down as the director and has plans to start new ventures. She also wants to start a cell for entrepreneurship development and is ready to give the necessary hand-holding to anyone who needs help to start a business.

Good knowledge about what one wants to do and the ability to turn every challenge into an opportunity will help budding entrepreneurs, she says.

And five years from now? "I see myself running a training academy in 40 cities across India and two institutes abroad as well. Also FTL would have trained 20 million people in safe driving practices," says Revathi.

"Entrepreneurship gives wings to your dreams, it lets you fly, so never give up," she says.