Throughout history, wars have left an indelible mark on human psyche. Serious debates have been held on the morality of and the strategic necessity for war. And yet, like every dark cloud that has a silver lining, wars too at times leave a society wiser.

India too is no stranger to wars. And there are many lessons to be learnt from each of those battles -- management lessons, to be precise.

Here we present the first of a series of articles on management lessons drawn from Indian history. This one picks out management gems from the Battle of Aberdeen (Andaman 1859 AD).

The British had set up Port Blair in Andaman to accommodate 'convicts' (this is how the the British named the freedom fighters) of the first War of Indian Independence.

These convicts used to be transported to Andaman, also known as Kala Pani, in 1858.

They were made to do rigorous tasks like clearing the jungle to make Andaman a suitable place to live in both for themselves as well as for the British soldiers.

The harsh living conditions in the Andaman led a few of the 'convicts' escape Andaman's Ross Island prison.

The 'convicts' normally ventured into the jungle after their escape, much to the displeasure of the natural inhabitants of the land, the tribals. Whenever the latter encountered non-tribals, they killed them, irrespective of whether they were Indians or British.

However, this could not stop other 'convicts' from attempting to flee.

Lesson: One should explore all alternatives to achieve goals. Sometimes, alternatives may seem unacceptable but one has to make the best of the bad bargain.

Whatever the alternative, a well-thought-out plan with action is always better than inaction and sheer reliance on luck.

Similarly, an organisation may be forced choose from among undesirable options like sell-off, massive retrenchment or bankruptcy.

The leaders with honesty, determination and resolve will face the reality and choose the best option that provides a hope for revival albeit in the long run.

The author, based in Bangalore, is the managing director of an IT multinational firm. He has also written two books: Offshoring Secrets, and the forthcoming Myths & Realities @ the Office.

Disclaimer: Since history is replete with different versions of the same event, chances are that some of the stories written here might not match with the version that the reader is conversant with. However, the article has been written not with the intention of being unerringly accurate on the historic account, but to use the event as a source of information from which to draw strategic management lessons.

One of the convicts was Dudhnath Tiwari. He was a sepoy and was sentenced to life for mutiny and desertion by the Jhelum Commission.

He was shifted to Andaman in 1858, but within two weeks of his arrival, he and 90 other inmates fled the jail. They wandered around the jungle in search of food and water.

After a few weeks, he and his group came across the tribals, hundreds of them. Armed with bows and arrows, the tribals launched an attack and killed many.

Dudhnath and two others managed to escape but suffered serious injuries. However, even then they managed to hide in the jungle.

Lesson: Just like Dudhnath, who had the determination to escape, every organisation has a few 'go-getters', who can rise to any challenge. They thrive under crisis, and are willing to take on risks.

Because of this skill, they are not only respected but are also in huge demand.

The next morning, Dudnath and two other survivors resumed their journey in the jungle and encountered another group of tribals, mostly comprising women and children. They attacked Dudhnath again. He pretended to be dead but in vain.

On finding him alive, the tribals were about to attack him which is when Dudhnath pleaded for mercy. The tribals were so amazed to find him alive in spite of serious injuries that they decided to carry him to their camp.

The tribals gradually accepted Dudhnath into their way of life.

Lesson:  It appears that a rigorous multistage selection process was implicitly in place before Dudhnath could be accepted into the tribal clan.

Similarly, any good organisation has a stringent interview process. Only the best should be allowed to be a part of the organisation.

The candidate has to be patient to understand the dynamics of the interviewing process and go through the rigorous rounds to prove his worth. 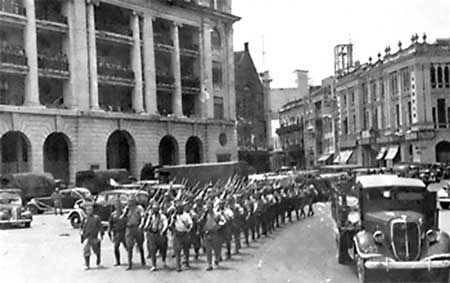 The tribals started involving Dudhnath in their group activities, albeit cautiously. He moved with them in the jungles. Slowly, he started getting acquainted with all the paths and learned how to navigate.

He learnt their language and started adopting their lifestyle -- he stripped, got his head tonsured. His health too started improving.

However, the tribals were still wary of him and did not let him anywhere near their armoury. It took Dudhnath many months before he could earn their trust. After being reassured, the tribal chief got him married to a tribal girl.

Lesson:  Every organisation should have a good induction process for any new hire. It could include rigorous class-room training or an on-job training or a mix of both.

To be most effective, any new hire has to make the effort to understand the task at hand and learn the organisation culture.

A year after his escape from prison, Dudhnath came to know about the tribals' plan to attack the Aberdeen barracks of British soldiers. This triggered a ray of hope in his mind.

Dudhnath thought that if he shared the plan with the British, it could help him return to his native village.

He travelled with the tribals' group towards the British barracks of Aberdeen. When they came close to the British camp, he slipped out and met a British officer.

Dudhnath warned them of the impending attack. The British put on the battle gear. Yet, they were shocked by the sheer number of the tribals -- there were thousands  of them. 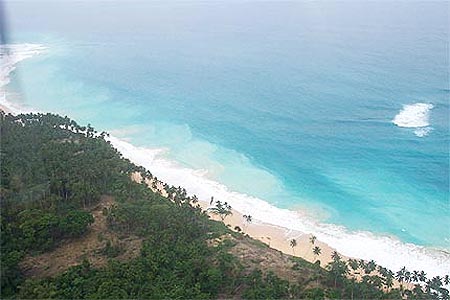 The tribals wrought serious damage; they targeted only British soldiers and spared the freedom fighters as they were able to differentiate between the two by then. The tribals attacked the convicts only when the latter challenged them.

But for Dudhnath's warning, the British would have been massacred. But bows being no match to British guns, most of the tribals got killed in the clash.

Lesson:  Mission-critical plans should be known initially to a few core team members and disclosed to the full team just before execution.  If one finds a potential leak in information, one should postpone, cancel or alter the plan.

In order to safeguard confidentiality, companies spend money in setting up legal framework to protect their intellectual properties and confidential information.

After the attack, the tribals were reduced to a small size. Even today, a poor number of the Andamanese tribals is a big concern.

The British pardoned Dudhnath and repatriated him. He left his pregnant wife in the jungle and spent the rest of his life narrating his story to fellow-villagers.

It is very unfortunate that Dudhnath did not explore various options. For example, he could have allowed the surprise attack on the British, freed convicts, overtaken a few ships and sailed to the mainland. Or he could, on his return to village, have continued his participation in freedom struggle.

Also, there was no guarantee that British would have pardoned him, they could have taken the stand that 'once a traitor, always a traitor'.

Lesson: Strong initiative and capability without the moral compass is extremely dangerous. Organizations have to be on the lookout and discard such employees immediately who do not adhere to organisation's core values.

Values have to be one of the essential filters while recruiting, especially senior leaders.