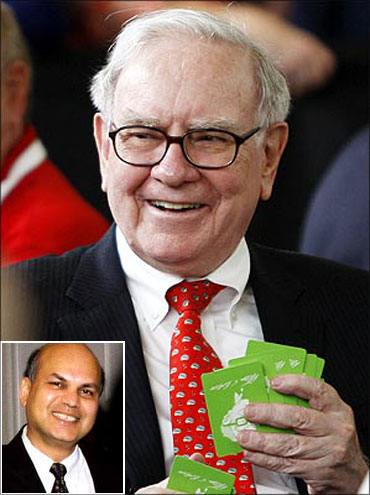 The result of Jain's 25 years of research is his latest book -- Buffett Beyond Value -- in which he describes the difference between Buffett's attitude towards investing and the academic approach.

In an interview with rediff.com, he speaks about why his book on the legendary investor is different.

A number of people have written books on Warren Buffett. What prompted you to write yet another book? How is it different?

Most books on Buffett are more about his personal life and less about his investing style. I wanted to write a book that would be useful to anyone interested in investing, but lacking the time to study Buffett as I have. As one friend said, 'This book does not explain what ice cream Buffett likes.'

I do not deviate from the topic of investing. I wanted to not only describe Buffet's investments, but also why his investment style works. I also bring relevant finance and accounting knowledge from other famous investors and researchers.

There are several new points in the book that have been explained in a different way. Most importantly, unlike what most people think, Buffett does not buy 'cheap.'

His major investments in American Express, Coca-Cola, Burlington Northern, MidAmerican and many other companies were at market P/E (price-to-earnings) or even higher than market P/E. 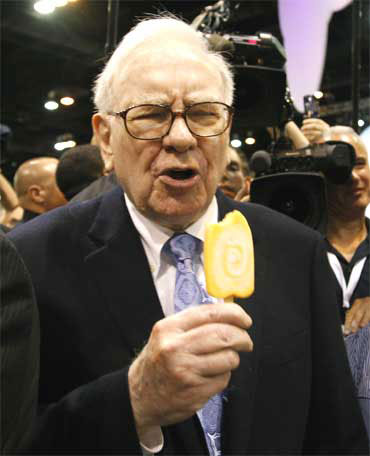 Tell us more about this.

Buffett bought stocks or businesses for their future growth. He has evolved as a growth investor - rather than remaining a deep value investor - while keeping the basic value investing idea of maintaining a low downside risk (learned from his guru Professor Benjamin Graham).

When an investor learns growth investing well, the returns should be high. This is the secret to Buffett-style investing. I discuss many other aspects of investing in the book because successful investing requires one to know many related concepts such as accounting, psychology, managerial integrity and managerial competence.

What lessons did you learn from Buffett in terms of investment techniques and how do you relate that to what you teach your students?

Buffett has taught us a lot and I talk about his principles in my classes and discuss financial statements from his company.

I emphasise Buffett's advice that students should find out what they want to be. They should do what they love and start early. Buffett liked making money even as a child; it was a fun-filled game to him.

To make money and possibly to learn about businesses in his childhood, Buffett delivered newspapers around Georgetown University. He subsequently started many businesses and even failed a few times.

I tell students that you can learn a lot from failures. I also emphasise that businesses grow because there are talented individuals running those businesses; not because they are in high-tech industries. 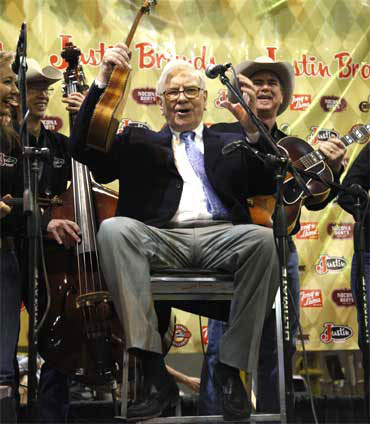 Going by your book, it seems earning high returns from investment are not difficult for common people if they can master Buffett's principles.

I would not say that it is not difficult to master Buffett's principles. First, the basic idea is to find businesses with good prospects that are run by honest and able people. This is not as easy as it sounds. An investor must work hard to find companies that are likely to be successful for a long time to come.

Second, I recommend learning some accounting and finance so that one can read financial statements.

Finally, individuals should make some investments periodically and write down the arguments for their decisions. This will help them revisit their decisions and learn from them.

How can an average person without professional competence make sound investments in stocks whether here in the United States or in India? What are the Buffett-style guiding principles?

There is no need to have advanced professional degrees for sound investment. The most important thing is the ability to think about the future. If the future of a company is not clear, you should not invest.

Under Buffett-style investing, this is one reason one should not invest in small companies, especially if they are financially weak. The basic principle is the same whether one invests in India or the United States. It is probably easier to find good companies in India because India is growing fast and has tremendous potential. 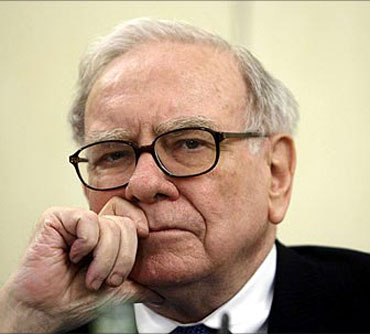 What can investors or professionals learn from Buffett?

The most important thing you can learn is about your own psychology. You should find out whether you have a mindset to invest for 10 to 20 years. Do you become nervous when others are nervous?

For example, some of my friends sold their stocks when the market went down in 2008-2009. It is easy to say, 'I will not sell when the market goes down,' but it is not easy to implement.

You must understand that Buffett does not buy and sell quickly. On average, he holds stocks for 10 years. You should study the stock market history going back a few 100 years.

Why do you recommend investing in index funds rather than mutual funds is better? What does your research on Buffett tell you about this?

The biggest disadvantage of mutual funds is that a big part, say 20 per cent, of your returns is indirectly taken away by the mutual fund manager. How do you feel about giving 20 per cent of your income from investments to a broker who spends little time on your investments and does not guarantee and often does not produce high returns? My guess is, pretty bad.

On average, mutual funds do not perform better than index funds, but they indirectly charge high fees. Buffett has discussed this several times. I also explain the tax disadvantage of investing in mutual funds in my book. Did you meet Buffet before writing this book?

In 2003, Buffett accepted my invitation to talk to MBA students at Georgetown University. We spent some time talking with him. In the last 15 years, I have also been to Omaha several times to attend the annual shareholder meetings in which, for several hours, he answers questions from shareholders.

One thing has become clear to me. He has studied the field of business deeply. He knows much more than the impression he gives. I have realised that to be successful in any field, one must learn a lot about it.

What happens to Berkshire Hathaway, which is synonymous with Buffett, in terms of succession?

It is not possible to replace Buffett. Right now, I feel Ajit Jain is the closest to Buffett and is likely to become the next chief executive officer. Buffett has mentioned that he talks to him every day.

Also, insurance is Berkshire's main business and Ajit Jain is the CEO of a large insurance unit. If he does not want to be the CEO, there are several others in the company.

I believe no single person can step into Buffett's shoes. Hence, it is possible that Berkshire's management structure would be changed. In the long run, I can also see the company being split. Buffett's son, Howard, is likely to become the non-executive chairman of the Berkshire board.

During these trying times in the US, most people are wary going near Wall Street. Based on Buffett's principles, what is your suggestion for neophyte investors?

This is a good time to invest. Buffett has stated that the best time to invest is when everyone else is fearful. In October 2008, he wrote in The New York Times that he was investing in the stock market for his personal account. Similarly, in 1973-1974, when the market was down, he argued strongly in favour of investing.

If you do not know which stocks to invest in, go for an index fund and forget about your investment for many years. You will be happy that you did.