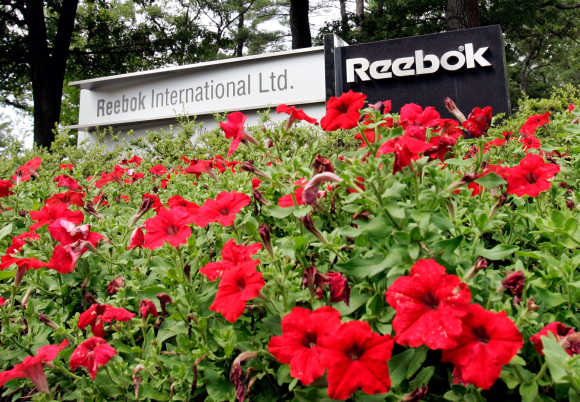 Back in the 1990s, when Reebok launched its (then) highly successful range of Pump sneakers in the US, a couple of interesting things happened.

Despite being almost 150 per cent more expensive than a comparable pair of sneakers, the Pump was selling really well, even more so in urban centres, and among the key opinion-influencer set of urban African-American youth.

Two side effects of this were (a) youth taking to robbery and mugging to either steal the shoes or obtain the means to buy the shoes (b) fakes on the street, being lapped up by those who couldn't obtain the real deal, by hook or crook.

Marketing legend has it that Reebok did nothing to discourage either of these two effects, and, in fact, went on to encourage the latter. 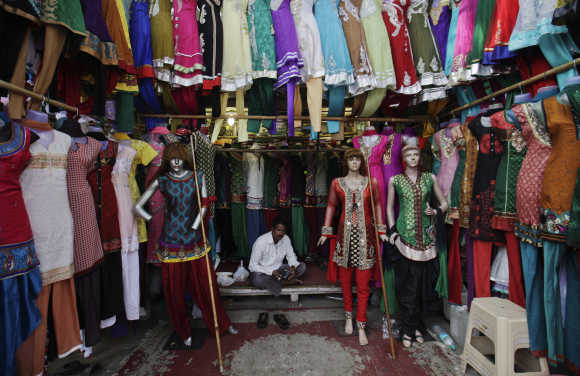 Image: A vendor waits for customers at his shop selling clothes at a market in Mumbai.
Photographs: Danish Siddiqui/Reuters

Closer home, if you visit Palika Bazaar (either in New Delhi or the one "inspired by" it in Secunderabad), you'll see every possible global fashion brand on display in the stores, with only slight distortions to the name, logo or brand identity.

Every self-respecting city in India (and perhaps the world) will have its version of China Town or Chor Bazaar. A ride in any public bus or train or the Metro in Delhi will give you a spectrum of such brands proudly worn as accessories by the masses.

Why, when these and most other global and Indian brands are available and affordable today, are fake brands still so ubiquitous, you may ask. 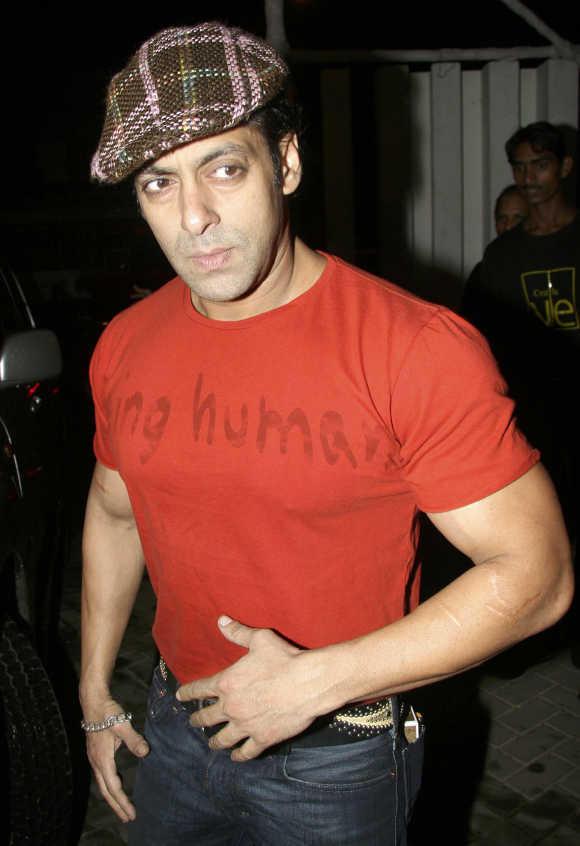 Perhaps the most clues to the answer are in the "person brand" that is most copied, and inspires the most imitations in India currently: Salman Khan.

His 'Being Human' T-shirts are now ubiquitous, from the streets of Pahalgam in strife-torn Kashmir to the bylanes of supposedly-conservative and anti-Hindi Mylapore in Madras.

Of course most of the proceeds from the sales of these T-shirts don't go to the eponymous foundation because they're not originally produced and sold by them.

But, much like his iconic movie lines ("Do me a favour. Don't do me any favours," roughly translated from the original in Bodyguard), his style of tucking his sunglasses on the back of his shirt collar (from Dabangg), people of all classes proudly (if sometimes surreptitiously) wear these as markers of their identity. 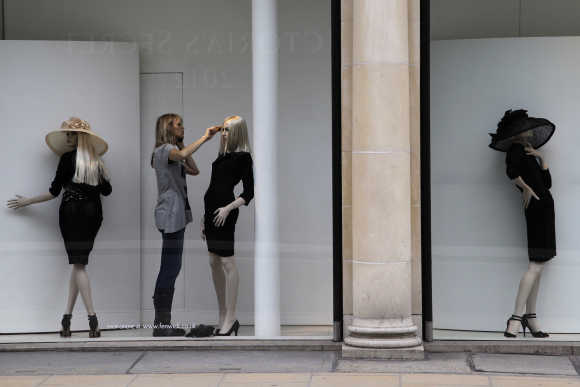 Image: A woman combs the hair of a mannequin in a shop window in Mayfair, London.
Photographs: Stefan Wermuth/Reuters

The moral and ethical imperfection of most public personalities (including brands) in most fields from politics to society to religion to business is a given today.

So if people are not seeking role models, why would they be "inspired" to be like them? Why would they seek to create and consume fakes, in brands or people?

Perhaps because what people seek at all times are markers of identity. Not necessarily things that make them distinctive, but things that vibe with their own sense of identity. 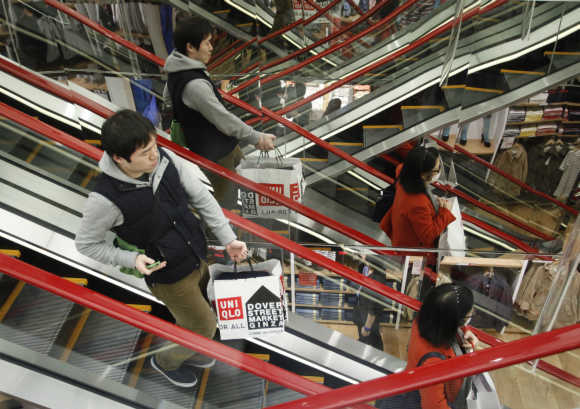 And since they must exhibit these traits visibly to their peers and to society to lubricate social interaction, they search and wear (physically and metaphorically) these markers, to provide others a shortcut to their identity.

If you peel away the socio-economic imperatives that make people turn to fake or real brands, what you'll see is that they are actually looking for brands that are inspiring enough for them to wear as markers of identity.

They are looking for things that reflect their way of life, and can seem like a steadying influence in an ever-changing, fickle world. So, is your brand a fake yet?