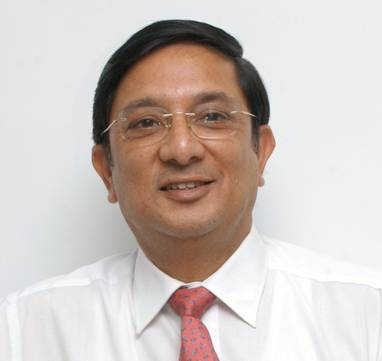 Chatterjee, who is also head of CII's National Task Force on Regulatory Framework in Infrastructure and author of Getting it Right - India's Unfolding Infrastructure Agenda, says the government needs to form a fast-track board that has the power to remove impediments.

The government should stop announcing new projects and instead focus on executing the ones that are already under way, he tells Faisal Kidwai in a telephonic interview. 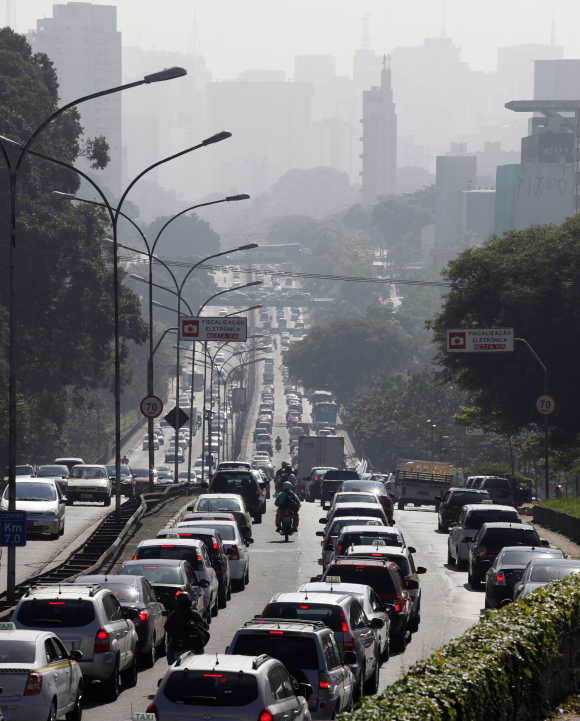 Image: A traffic jam is seen at the main avenue in Sao Paulo.
Photographs: Paulo Whitaker/Reuters

The Planning Commission has recently said that India will not be able to meet the $1 trillion investment target during the 12th Plan (2012-17). Was the figure too optimistic to begin with?

Well it wasn't, because at the time this $1 trillion was announced, the exchange rate of Indian rupee was 45 per dollar, which means the figure in rupee term was 45 lakh crore (Rs 45 trillion). Now, the infrastructure budget in 11th plan was Rs 22 crore (Rs 22 trillion), so it signified the doubling in the 12th plan. Normally, the number doubles from one five-year plan to next plan.

The straight answer is that the $1 trillion number wasn't too optimistic to start with. However, the jury is still out because the rupee is now 55 per dollar so, even after the cuts announced by the Planning commission, the $1 trillion figure will be the same.

The commission hasn't yet clarified whether it has cut the actual budget or it's an adjustment. In rupee term, Rs 800 crore (Rs 8 billion) multiplied by Rs 55 is almost equal to $1 trillion at Rs 45 rate. 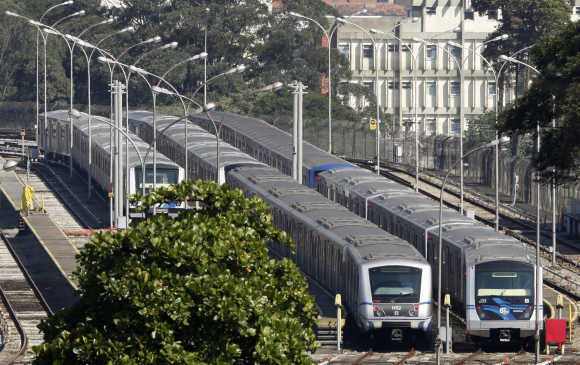 If the government does decide to cut the infrastructure target, which projects are more likely to be affected?

The bulky projects like power and ports are unlikely to be cut, but the smaller plans at the state and district might be impacted. 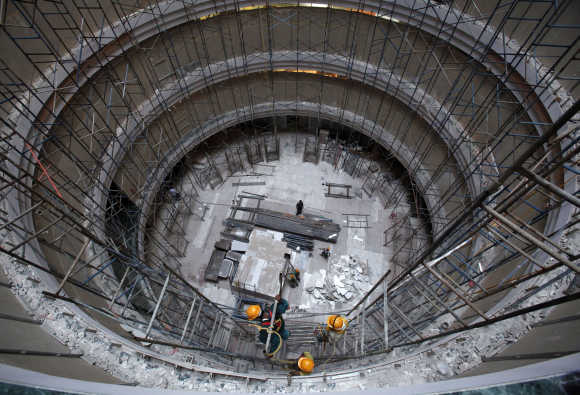 What steps are needed to boost investment in infrastructure?

The important issue is to move down from policy announcements and monitoring functions to more granular level. I, in my capacity as head of CII Infra Council, have recommended to the government to set up a fast-track board, which tracks all projects over Rs 700 crore (Rs 7 billion) to the last detail and remove impediments one by one.

We have to get down to the granular level. 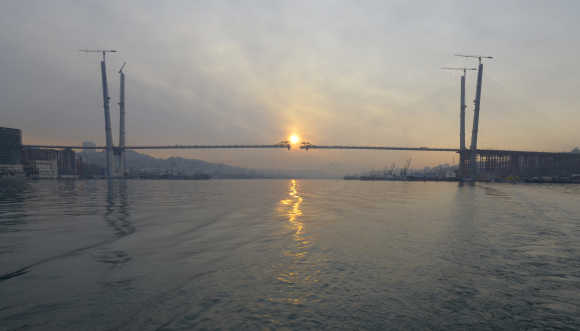 Image: A bridge over the Golden Horn Bay is seen under construction during sunrise in the far eastern port of Vladivostok.
Photographs: Yuri Maltsev/Reuters

The government has revived the High-Level Committee on Financing Infrastructure, with Deepak Parekh as chairman. Do you think it's a positive step?

That is an important and good step, considering that Parekh is the financial godfather of the sector. However, the issues today are more at the ground level because the projects that have been announced are stuck for one reason or another at the ground level.

The first priority of the government should be to make these projects unstuck. The way to do this is to create a fast-track board, select 20 best officials from the government, give them five projects each and provide them the authority to monitor and eliminate the impediments that are holding up these projects. That's what is needed at the granular level, not policy announcements and launch of new projects. 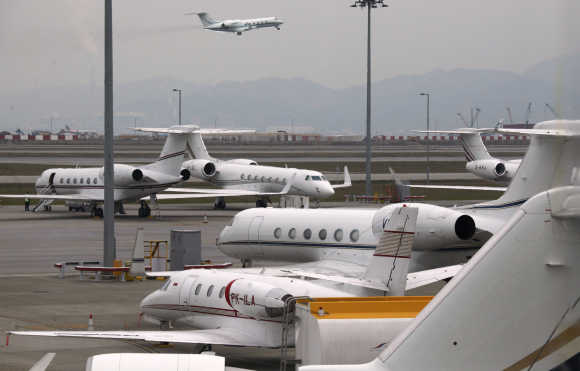 Image: A business jet takes off as others are parked at the Hong Kong Airport.
Photographs: Bobby Yip/Reuters

Do you see it happening any time soon? 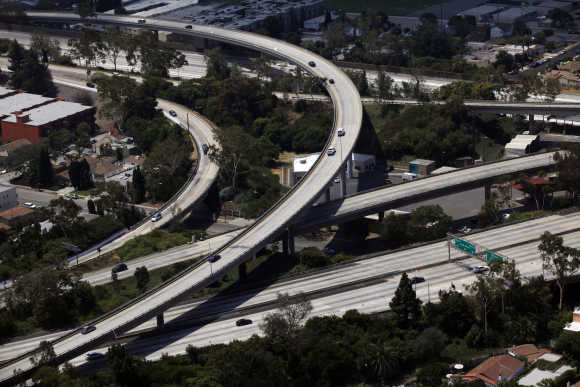 Many projects are announced, such as elevated rail corridor in Mumbai, but not many get off the ground. Why is execution of projects such a problem?

It's problem across the country, not just in Mumbai. That's why we are saying please stop announcing new projects and stop making policy statements. And, as I said before, we need a fast-track board attached to the Prime Minister's Office whose job is to clear the problems at the granular level.