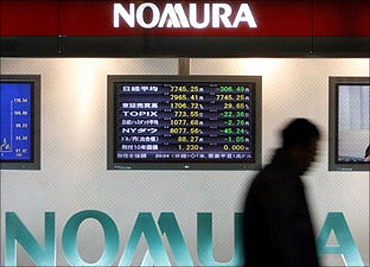 Nomura has come a long way since launching its first India-dedicated fund six years ago.

After the global acquisition of Lehman in 2008, it now has a full scale onshore operation in India.

In the process, the Japanese firm has moved from a suite in Mumbai's Trident Hotel to three floors in Ceejay House, one of the most expensive office spaces in Mumbai.

Nomura India's Senior Managing Director, President and CEO, Vikas Sharma, tells Shyamal Majumdar and Joydeep Ghosh that every downturn from here should be a reason to buy to participate in the growth of Indian companies.

Also, while inflation is a worry, governance is a bigger concern for India.

Excerpts from an interview.

Nomura continues to be bullish on Indian markets despite the uncertainty all around. What makes you so upbeat?

We are positive on a one-year horizon because there has been a significant underperformance by the Indian market year-to-date and signs of slowing inflation momentum led by normalising commodity prices and slowing economic growth.

This does not mean that we see a significant short-term upswing in the market. It primarily indicates our belief that a correction in the market should be used as a buying opportunity. 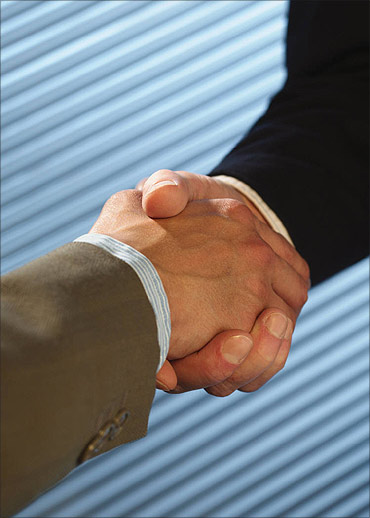 Image: Every time India has paused, it has done well, says Vikas Sharma.

I think when there has been a growth momentum, sometimes it is good to pause. You can't run all the time.

Every time, India has paused, it has done well. Companies paused when Y2K happened, and then went up the value chain. In the last crisis, firms were over-leveraged.

This time, there is less leveraging and they have gone for long-term funding.

Many developed markets are facing fears of slipping into a prolonged bear phase. How do you think India will perform in an environment like that?

As long as there isn't a massive risk aversion because of global growth fears, India benefits from the fall in commodity prices, especially oil.

This helps lower current account and fiscal deficits. We are net importer of commodities.

There are knock-on effects on exports. In the region, India is a more domestic-focused economy than its Asian peers.

After the recent correction, do valuations look cheaper?

Every downturn from here should be a reason to buy to participate in the growth of Indian companies, value creation and so on.

Companies have become very global in some sectors like financial, technology, metals and mining.

Even the cost structures of some of the companies are the best in the world.

Yes, not everything is great but one can do stock picking. 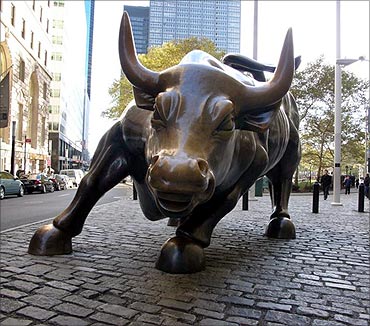 Image: We think there will be another rate hike of 25 basis points, he says.

Five years ago, when we raised $1 billion for an India fund to be managed out of Singapore, I remember everyone saying that with the market at 7,600 points, we were nearing the peak.

But the rest is history, as they say. We have remained long on India as a house, longer than some of our peers.

With commodity prices going down, do you think corporate earnings are no longer at risk as they were earlier?

Yes, it is a positive development for Indian companies. Base effect will turn favourable if global commodity prices remain at current levels amidst global growth concerns.

They get reflected in input costs with a lag of a quarter. In the manufacturing sector, input costs - they reflect commodity prices growth in the lag of one quarter.

There is a constant debate about growth versus inflation. Where do you think interest rates are headed?

As a house, we think there will be another rate hike of 25 basis points and then a pause. 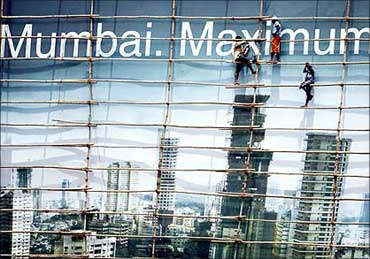 Image: RBI has to achieve a delicate balance, says Sharma.

I think the rates are already at the Lehman-crisis levels. But the impact of interest rate on growth has to be seen from the perspective of the quality of impact.

My sense is that from here on, any further impact is not good for the country.

The Reserve Bank of India has to achieve a delicate balance so that the growth from the economy is not sucked away.

If you sacrifice too much growth, it will be a challenge for the economy in the next few years because of the lagged effect of hike in rates. The supply side could face big problems.

But if QE3 happens, there could be another spike?

Let's see. There has to be consumption demand as well. Where is the consumption?
There will be a spike only when there is demand. There are only a few countries where there is a strong demand cycle. So, the jury is still out on that.

What is the main concern - inflation or governance?

Governance is a bigger concern for India. There are severe supply-side constraints and lower investments.

Fiscal issues are forcing a tighter monetary policy, which in turn is choking growth in investments and consumption. 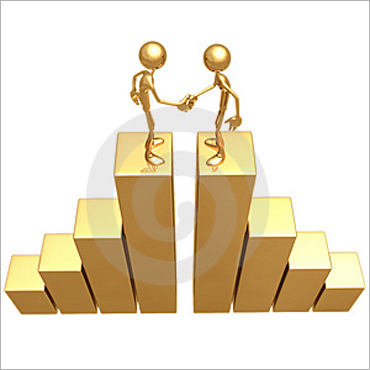 In the past few years, Indian companies have been looking at overseas acquisitions. How expensive or cheap are assets abroad now?

Assets are never expensive or cheap. It depends on the value a company is able to draw from them.

In the past, Indian companies have been very smart and intelligent about acquiring commodity assets.

We are seeing Indian companies continue to look at acquisitions abroad, either for a footprint or to convert an opportunity to make their Indian asset more efficient.

What about inbound deals?

Some of the largest companies still want to participate in the Indian growth market.

Everyone, now, thinks that this is a growth market. Margins are an issue but if you want to participate in growth from the next X number of years, it's the place to be in. 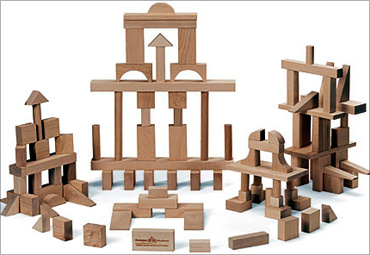 Image: Nomura is interested in setting up a bank in India.

How have you done in the M&A space?

Not bad for a young firm. We did the largest M&A deal, Daiichi-Ranbaxy, and quite a few others.

But you have not been very aggressive on equity fund raising.

Even in case of government disinvestment, we have been mandated for ONGC. On a selective basis, we will continue to participate in government deals.

What we have done is focus on strong franchise and high-quality business.

It's been two years since you started equity trading - a period that saw many brokerages facing severe problems. How have you done?

Since 2008, Nomura has on-boarded over 300 clients in India including many top-tier global funds and expanded its research coverage to 110 large and mid-cap Indian companies.

That will go up to 125. From nowhere, we have built the platform. Our market share is much higher than what it was last year.

It is a difficult business. But we know that we are coming from behind.

Competition is ahead of us simply because they were in the country before.

Are you interested in setting up a bank in India?

Yes. We are awaiting the final guidelines around foreign banking presence in India and will take a call on the way forward then.