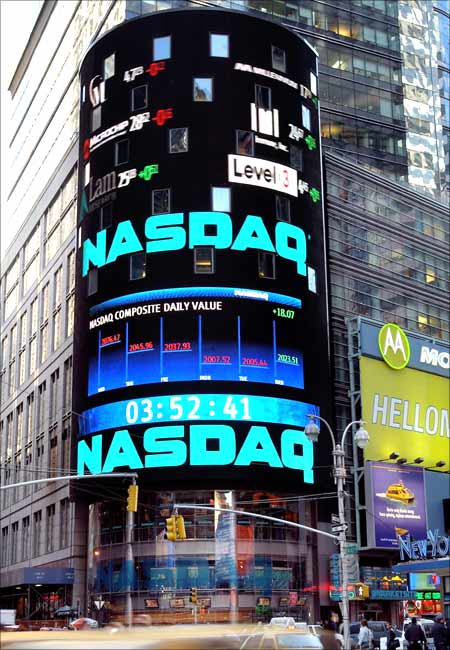 US stock market indices may be performing better than India's popular benchmark Sensex, but individual Indian stocks have outshined their own American Depositary Receipts by up to 25 per cent in the past one year.

Amid a gloomy economic scenario, IT major Infosys's Nasdaq-listed ADRs (American Depository Receipts) have moved down by around 9 per cent to $45.66 in the past one-year period, but its Indian shares have gained around 7 per cent to Rs 2,495.90 on the BSE in the same time.

ADRs of Infosys' rival Wipro has shown a similar trend and the US investors of the Bangalore-headquartered IT firm have lost nearly 12 per cent in the past 12 months. However, the shares of Azim Premji-led firm on Indian stock exchanges have risen by nearly 25 per cent to Rs 381 apiece.

ADRs are securities that represent shares of a non-US company and trade on the US bourses like NYSE and Nasdaq.

Beyond IT sector, Pharma major Dr Reddy's ADRs shed 3.5 per cent in the past one year but prices of its BSE-listed shares have risen about 17 per cent in the same period.

In case of banks, the country's top private lenders ICICI Bank and HDFC Bank have seen local shares outshine their respective ADRs by 15-17 per cent in the past 12 months.

Experts say that this trend is a reversal-like scenario from the the situation seen in 2010. At that time, ADRs trumped underlying Indian shares by 20 per cent but now Indian shares are underperforming their ADRs. 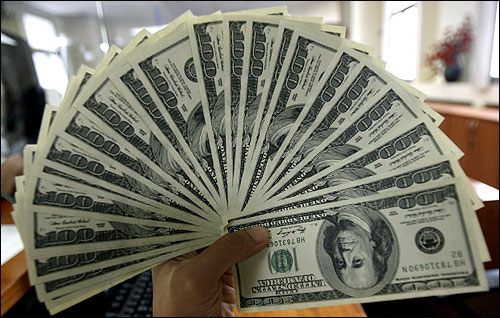 In telecommunications space, ADRs of MTNL lost over 15 per cent in the one-year period ending September 7, 2012, but its shares traded in India have gained around 3 per cent.

Tata Communications ADRs have lost around 6 per cent but its Indian shares have jumped 11 per cent in this period.

The gains are more pronounced in the share performance of Tata Motors. While ADR prices of India's leading automobile firm have risen by 33 per cent, its shares traded on BSE have galloped by 55 per cent in the same period. 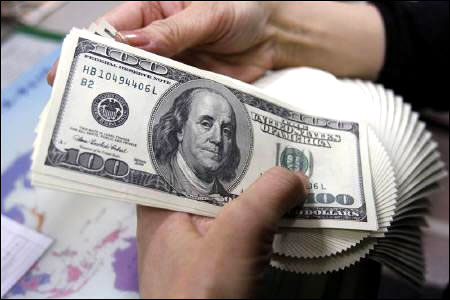 The price gap between ADRs and local shares is often exploited by international hedge funds that take positions in both ADRs as well as underlying shares.

The lower liquidity of ADRs leads to even smaller purchases or sales resulting in big price swings, said a merchant banker.

The ADRs of Vedanta group firm Sterlite Industries have lost 38 per cent of value but its India-traded shares have fallen by a much lower 29 per cent in the past one year.

All the gains or losses in both ADRs and shares are indicative in nature and exclude dividend income, transaction costs and applicable taxes, etc.