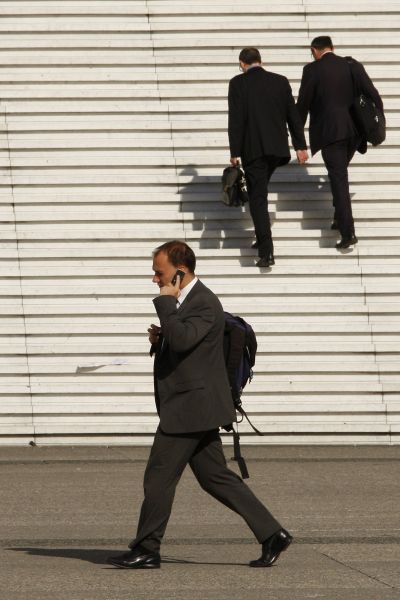 Image: A businessman speaks on his phone near the steps at the Arche de la Defense, the financial and business district west of Paris.
Photographs: Benoit Tessier/Reuters Anshuman Daga in Singapore

The Thomson Reuters/INSEAD Asia Business Sentiment Index fell to 66 in the third quarter from 71 in the second quarter when it reached the highest level in more than a year. An index reading above 50 indicates an overall positive outlook.

Some of the weakest readings came from north Asia's economies of China, South Korea and Taiwan, and regional trading hub Singapore, all of which turned in readings of 50 - highlighting the impact of a stuttering global economy.

Optimism returned to India, lifting its sentiment index moderately higher at 67 after a drop last quarter.

"Asian companies are still maintaining a relatively cautious outlook regarding their earnings growth prospects," said Fan Cheuk Wan, chief investment officer for the Asia-Pacific region at Credit Suisse's private banking and wealth management unit. "It could be partly related to the recent volatility across the emerging economies over the past three months." 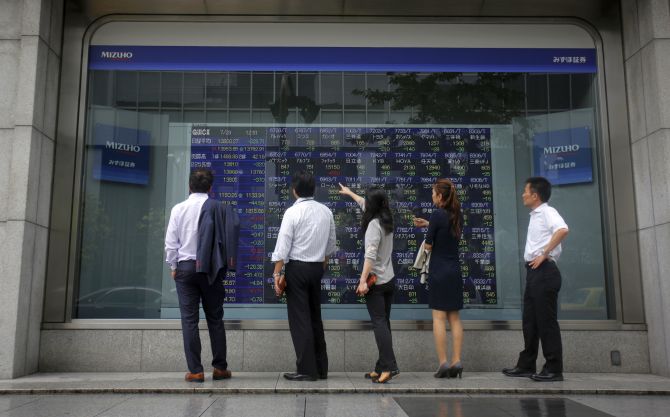 Image: Pedestrians stand in front of a stock quotation board displaying various stock prices outside a brokerage in Tokyo.
Photographs: Yuya Shino/Reuters

Asian equities, currencies and bonds have taken a beating over the last few months after the US Federal Reserve hinted it would halt its nearly five-year policy of flooding markets with cheap cash.

"This market volatility also inevitably has an impact on the perception and business sentiment of Asian corporates as they are still assessing the global growth outlook," Fan said.

The survey showed that shipping and financial sectors were the most negative with a third-quarter score of 50, a sharp drop from the shipping industry's reading of 80 and financials' reading of 78 in the second quarter.

The poll conducted by Thomson Reuters News in association with INSEAD, a global business and management school, surveyed more than 100 executives in 11 Asia-Pacific countries across sectors including autos, financials, resources, food and retail.

Of the 90 companies that replied to the poll, held between September 2-13, two-thirds reported a neutral outlook, just less than one-third were positive on their prospects and about 1 per cent reported a negative outlook. 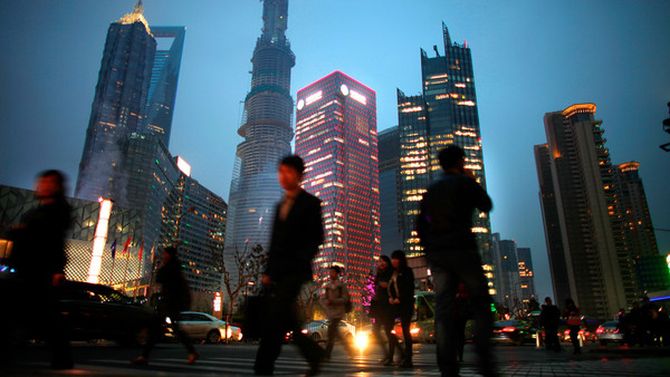 However, markets have been comforted by the latest batch of economic data, adding to evidence that China may have avoided a sharp slowdown.

"We do know that Europe continues to struggle and there was a soft patch a few months ago in China," said Craig James, chief economist at Commonwealth Securities in Sydney. "There's also the fact that while there's a recovery underway in the United States, it's somewhat patchy.

"So I think the export-orientated economies are basically suffering as a result of that," James said. "The good news is more recent data seems to suggest a little bit more momentum returning to some of the major economies and regions but there is a lag in effect."

As recently as a month ago, investors were worried that China's economy was slipping into a deeper-than-expected downturn.

But policymakers have stepped in with measures to steady the economy, from quicker railway investment and public housing construction to introducing policies to help smaller companies with financing needs. 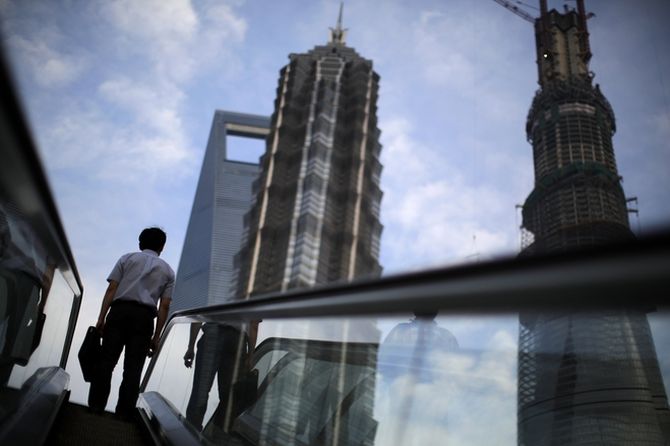 The survey showed that business confidence was steady in Japan at 63, its highest point since June 2010 among the 20 companies surveyed, which included Canon Inc and pharmaceutical firm Daiichi Sankyo.

"If we look at forward-looking indicators, we do see quite solid evidence showing that the global growth recovery should be providing support for an improved growth outlook for Asia," said Fan from Credit Suisse.

Companies in Indonesia were the most negative with a reading of 25, a sharp drop from its second-quarter reading of 100 when it was one of the most positive.

Indonesian companies are seeing an increase in their borrowing costs, with the central bank's surprise hike in interest rates last week.

Wallowing near a 4-1/2-year-low, the Indonesian rupiah is the worst performer in Asia this year among currencies tracked by Reuters, having lost around 16 per cent against the dollar.

However, there are some bright spots in Southeast Asia. The Philippines was the most positive economy with a reading of 100 - the only economy with a top score - compared to its reading of 94 in the second quarter.

Australia was the second-most positive with a reading of 79, up from 75.