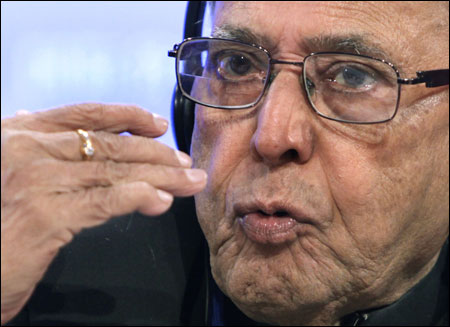 Offering "huge scope" for foreign investments, Finance Minister Pranab Mukherjee on Friday said India needs about $1 trillion in next five years for infrastructure development, half of which has to come from the private sector.

Addressing the first business session of the annual meeting of the Asian Development Bank (ADB) in Manila, he said India has made provisions for creating infrastructure debt fund to attract investment in this sector.

"India needs about $1 trillion in the next five years for infrastructure development, out of which at least 50 per cent has to come from private sector. Therefore, there is huge scope for investments in India," he said.

The Finance Minister also said that the goal was to raise the manufacturing share in the GDP to 25 per cent and create 100 million new jobs over the next ten years.

Mukherjee said that India's focus was on inclusive growth and therefore the development strategy was to achieve this. "We have empowered the people by giving them access to entitlement backed by legal enactment," he said, while mentioning steps like Right to Education, Right to Information, Right to Employment and Right to Food.

He said that India has made large investments in social sectors like education, health, rural connectivity, which are necessary for inclusive growth.

The Finance Minister also talked of various steps taken to achieve fiscal consolidation to adopt domestic demand-driven strategy to minimise the impact of international crisis, to ease extra commercial borrowings and in the fields of direct and indirect taxes.

He also assured the international community that India was confident of its economy reverting back to 8-10 per cent growth per annum in the coming years because of its strong fundamentals. 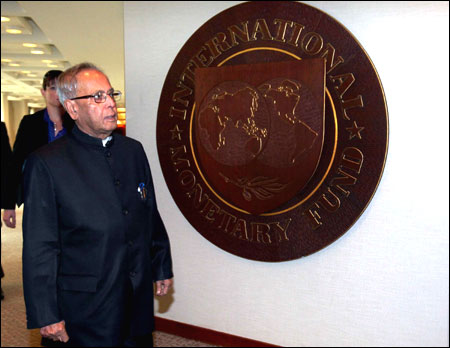 "For the current fiscal year, we have set our objective to focus on recovering our pre-crisis growth momentum, create conditions for rapid revival of high growth in private investment and address supply bottlenecks in agriculture, energy and transport sectors," Mukherjee said.

The Finance Minister said despite adverse international environment, India managed to maintain GDP growth rate of about 7 per cent in 2011-12.

"I am confident that the strong fundamentals of our economy will help us return to a sustained growth path of 8 to 10 per cent per annum in the coming years," Mukherjee added.

He exuded confidence about rapid revival of growth in the private investment at a time when the government is facing charges of paralysis in policy making, and criticism over the proposed changes to tax laws with retrospective effect to bring in net Vodafone-Hutchison like deals that involve assets in India.

He further said India's banking has remained robust and the regulatory environment and environment in the financial sector have stood test of time.

Mukherjee told the gathering that the country's external commercial borrowings policy has been successful in maintaining external debt at sustainable levels.

At a time when public debt has emerged as major worry for several governments in Europe, India has managed well on this count. Indian government's outstanding internal debt at Rs 32,27,288 crore constituted 36.2 per cent of GDP at the end of March 2012.

Bulk of India's GDP is domestic demand driven, and savings drives much of it investment rates of 35-37 per cent of GDP.Click NEXT to read more... 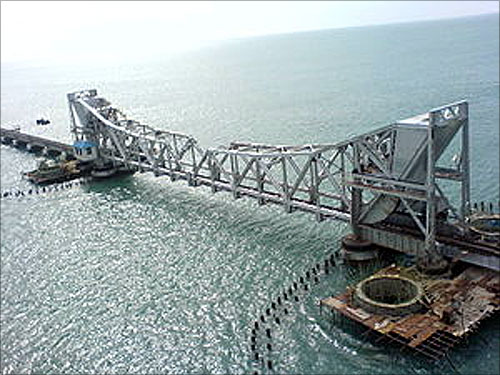 Mukherjee's assertion on India's economic prospects comes at a time when uncertainty and risks in the global economy remain, though there are some welcome signs.

"To sustain our economic growth, we need to keep our focus on the development agenda...find new and renewable technologies to fuel our growth and invest in education and skill development" the minister said.

He further said that for developing new sources of growth within Asia, deepening of South-South ties is vital. "Policy makers will need to remove barriers to trade and investment within the developing South. ADB should take up South-South cooperation as a priority..," the minister added.