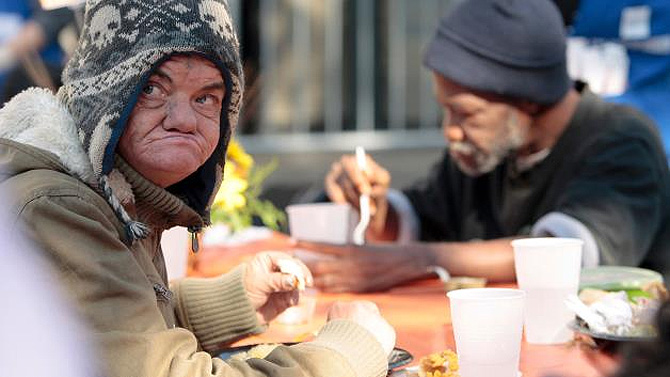 The number of US residents living in poverty edged up to 46.5 million last year, the latest sign that an economic recovery marked by a stock market boom has not trickled down to ordinary Americans.

The figures from the Census Bureau on Tuesday highlighted the lingering scars from the 2007-2009 recession and added fresh fuel to debates over government austerity and widening income inequality.

It could also renew calls to raise the minimum wage. Although the number of people in poverty went up from 46.2 million in 2011, the national poverty rate was unchanged at 15 percent, the annual report said. The poverty threshold in 2012 was an income of $23,492 for a family of four. 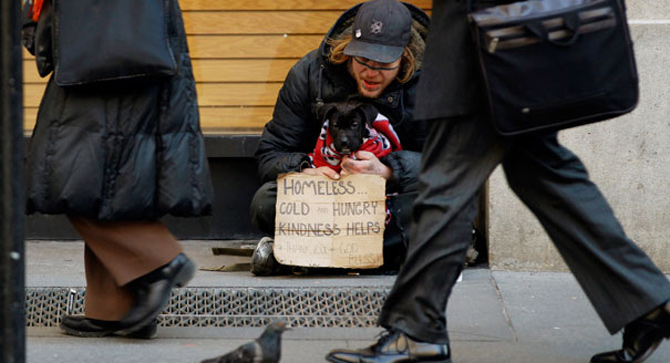 "Today's data underscore that it is time for Congress to pivot from a focus on austerity to an agenda emphasizing jobs and shared economic growth," said Neera Tanden, president of the Center for American Progress, a liberal policy group in Washington.

The recovery from the worst recession since the 1930s has been marked by a jump in stock prices to record highs, aided in part by the Federal Reserve's ultra easy monetary policy.

While the Standard & Poor's 500 index gained 16 percent on a total return basis last year, including reinvested dividends, the Census Bureau report showed median household income slipped to $51,017 from of $51,100 in 2011.

The economy has struggled to sustain growth rates of more than 2.5 percent since the recession ended.

Although the bulk of the more than 8 million jobs lost during the downturn have been recouped, many of the jobs have been in services industries such as retail and restaurants that typically do not pay well. 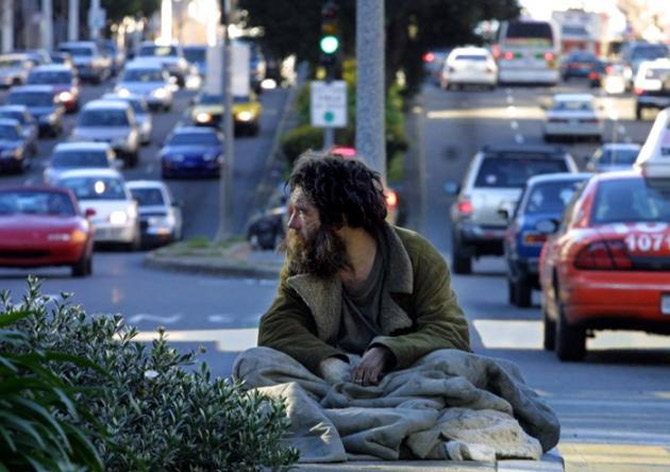 Belt-tightening in Washington to slash the government's budget deficit has significantly shrunk the social safety net.

About 16.1 million children and 3.9 million people aged 65 years and older were living in poverty last year.

"Millions are struggling to keep their heads above water, while the richest one percent is doing better than ever," said Joan Entmacher, vice president of Family Economic Security at the National Women's Law Center in Washington.

There was some encouraging news in the report. About 48 million people did not have health insurance last year, down slightly from 48.6 million in 2011.

The number with health insurance rose to 263.2 million in 2012 from 260.2 million the prior year. The rate of uninsured people declined for a second straight year since President Barack Obama's Affordable Care Act was passed in 2010. 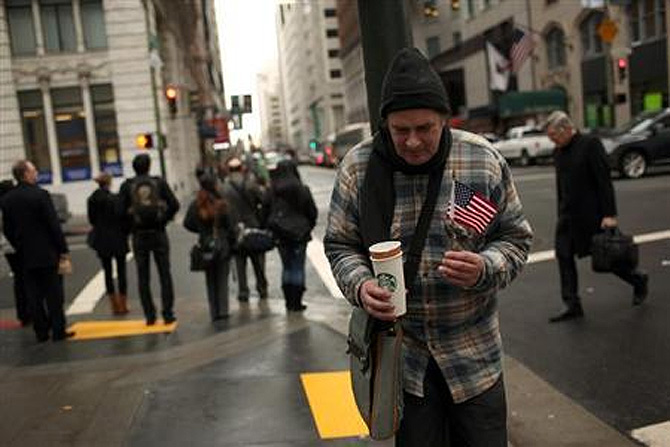 Much of the decline was due to an increase in enrollment in the Medicare program for Older Americans as the population aged, said Brett O'Hara, chief of the health and disability statistics branch of the Census Bureau. O'Hara also cited expansion of government-paid coverage for children.

The U.S. government expects further declines in the uninsured rate. About 9 million people are expected to gain insurance through the expansion of the Medicaid program for the poor in 2014, now planned in about half of US states.

An additional 7 million people are expected to buy insurance in 2014 on subsidized, state-based public exchanges set up under the law.

The rate of people insured through government programs such as Medicare and Medicaid rose to 32.6 percent from 32.2 percent.