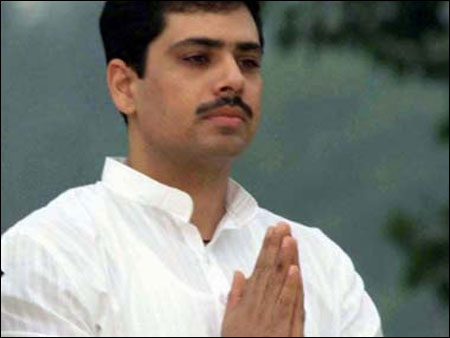 Is it the usual practice for DLF to give an advance equal to 86 per cent of the sale price on land, before the sale takes place?


If DLF is right in its assertion that all the flats acquired from it by Robert Vadra's companies were at the ruling market prices - and the numbers cited with regard to prices per square foot seem to bear out the assertion - then Arvind Kejriwal and company have some explaining to do as to how and where they got their quite different sets of numbers.

Additionally, in the case of the hotel project, Mr Kejriwal would appear to have mixed up equity value with enterprise value (which is equity plus loans). Finally, mere allegations do not establish quid pro quo.

Even in cases like those involving the Bharatuya Janata Party president, Nitin Gadkari, who wrote a letter asking a minister to clear payments to a contractor in a problematic project, no quid pro quo has been alleged or established except that the contractor in question is a friend of Mr Gadkari and a BJP MP. That said, Mr Vadra's companies' accounts do seem curious. The filings by Sky Light Hospitality Pvt Ltd show a paid-up capital of Rs 500,000, no reserves of accumulated profits, and no loans. In other words, its total "Sources of Funds" in March 2011 were Rs 500,000. Yet it had managed to acquire fixed assets worth Rs 16.18 crore (Rs 162 million) and invest Rs 24.37 crore (Rs 244 million) in a partnership. 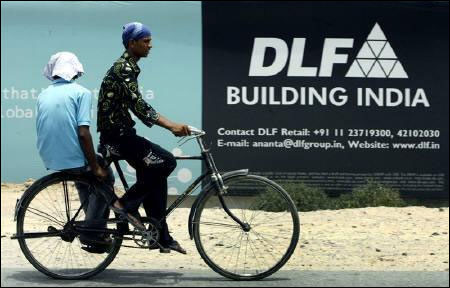 There is a simple answer: "advances received" of Rs 58.05 crore. DLF has explained that it gave Sky Light an advance of Rs 50 crore (Rs 500 million) in 2008-09, against the sale of a piece of land valued at Rs 58 crore (a further advance of Rs 15 crore (Rs 150 million) was given for another sale which did not materialise and the money was returned).

Sky Light may have entered into other similar transactions, because the outstanding "advance" in March 2011 was more than the DLF figure of Rs 50 crore (Rs 500 million), and the total of advances received as of March 2010 was even higher, at Rs 61.5 crore (Rs 615 million) - unless of course all of this was a part of the total Rs 65 crore (Rs 650 million) initially "advanced" by DLF.

The following questions arise: is it the usual practice for DLF to give an advance equal to 86 per cent of the sale price on land, before the sale takes place? Further, if such an "advance" given in 2008-09 was still outstanding two years later, it would appear that the sale was not closed by March 2011. If the money was kept by Sky Light for two years and more, and if no interest was paid in the interim, an "advance" equal to 86 per cent of the stated transaction value does take the appearance of an interest-free loan. Quite apart from all this, if Sky Light, apparently incorporated in 2007, had already acquired fixed assets valued at Rs 58 crore by 2008-09, how was the original acquisition funded by a company with total resources of Rs 500,000?

Mr Vadra is a private citizen and the company involved is privately limited. So he is not obliged to answer any and all questions from all comers, especially when no malfeasance has been established.

However, he does enjoy a position where people might be willing to do him large favours in the hope of benefiting in undefined ways, if nothing else then from perceived proximity to him. DLF is a publicly listed company, answerable on governance standards. For these reasons, the public is entitled to more information than has been divulged so far.