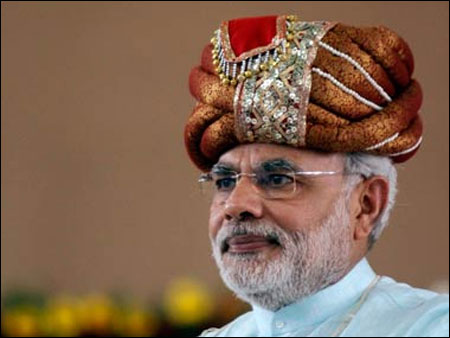 Gujarat's so-called superior performance, relative to its own history, and its present peer group, is being used to assiduously promote a personality cult around Modi together with a fascist ideology, say Sonali Ranade and Shaelja Sharma

Bibek Debroy's blog post of July 3 has been going around on Twitter as something of a rebuttal to the Economic Times' story on Gujarat's growth.  Debroy makes some excellent points on [a] the purpose of such an analysis; [b] assembling the necessary data set for it; and [c] laying out the argument for or against the proposition. Given the structure of government statistics, this is often a difficult task, as the following will show.

The argument over Gujarat is not over Gujarat per se. The argument is really over Chief Minister Narendra Modi's stewardship of Gujarat and his style of administering the state relative to his peers elsewhere. In particular, Modi's fans have posited that [a] under his stewardship, growth in Gujarat has accelerated over the what prevailed before him; and [b] that post-reforms, Gujarat's performance under Modi is head and shoulders above that of its peer states.

Based on these two premises, a case is made for Modi to be something of a miracle economic manager, who should now be promoted as prime minister in order to enable him to repeat that performance, if at all it is so repeatable, at the Centre. That, then, is the crux of the political issue. 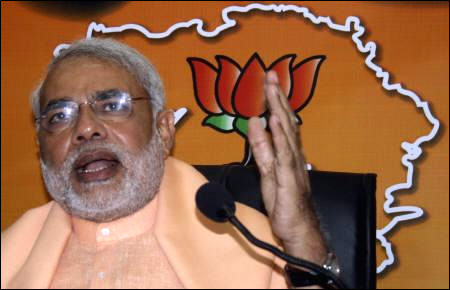 Debroy has chosen the peer states to be Andhra Pradesh, Maharashtra, Gujarat, Tamil Nadu and Karnataka. We stick to that group, though a case can be made to include Bihar and perhaps the city states as well which have far higher growth rates.

Over the two Plan periods spanning 10 years that coincide with Modi's tenure in Gujarat from 2002 to 2012, what is the growth rate of these five states?

Debroy has used figures from the Planning Commission for the 10th plan period, and the "expected" mid-term appraisal figures for the 11th Plan period while citing Gujarat's superior performance relative to its peers. The fact is, data for all the five years of the 11th Plan period is now available for Andhra Pradesh, Tamil Nadu and Karnataka, while the data for 2012 is awaited for Gujarat and Maharashtra.

So why not take the growth registered by the five states over the first nine years spanning 2002 to 2011 as the basis for comparison? That would give a clearer picture of relative performance crystallised in one easily understood number for all states. That number should be the Compounded Annual Growth Rate calculated over nine years using actual data.

Why use CAGR? Suppose a state starts the nine-year period with GDSP at some value, X. Nine years later it's GDSP grows to some value, Y. What is the ONE growth rate R that, when applied to X, exactly returns Y after nine years? Solving the common annually compounded interest rate formula arrives at that rate and it is called CAGR.

We mention it here because the Planning Commission appears to be using a different metric when it talks of average growth rate over a Plan period. Perhaps it is using an arithmetical mean, which is shabby practice. One doesn't really know. Hence we have calculated CAGR for all five States using nine years of actual data.

These are: Gujarat 10.28 pc, Maharashtra 9.90 pc, Tamil Nadu 8.92 pc, Andhra 8.23 pc and Karnataka 8.39 pc. The difference between Gujarat and Maharashtra for both nine- and 10-year periods is miniscule and probably within the margin for error. 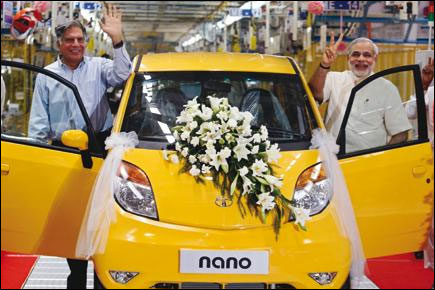 So where is the case for superlative performance from Gujarat under Modi's stewardship? At best its performance is in line with or slightly superior to that of its peer states. Note that Gujarat and Maharashtra have vied for the top slot before economic reforms, after economic reforms but before Modi, and after reforms after Modi.

Should Gujarat's slightly superior performance be attributed to Modi?  If so, who gets the credit in Maharashtra or Tamil Nadu? Not to mention Bihar.

The question is politically important. Gujarat's so-called superior performance, relative to its own history, and its present peer group, is being used to assiduously promote a personality cult around Modi together with a fascist ideology. The idea is that an adoption of the two at the Centre will lead to faster growth.

There is no basis for such a case, but even if it did exist, would we be willing to succumb to such a proposition? That is why, hype or not, Gujarat's and Modi's economic performance needs to be put through a more detailed scanner than is possible here.