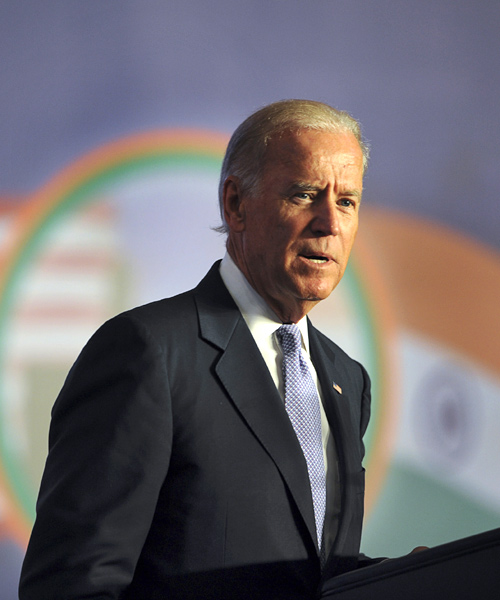 Biden was clear that a powerful, growing and vibrant Indian economy was in America’s interest

He may have sweet-coated the pill but US Vice President Joseph Biden’s message was clear.

Laying out the concerns of the American industry, which is keen to expand its presence -- and profitability -- in the lucrative Indian market, he urged India towards greater business transparency and underlined the need for increased trade relations between the two countries.

Speaking to a select audience at Bombay Stock Exchange, he highlighted the fact that, in the last 13 years, trade between India and the United States had increased five-fold to nearly $100 billion.

If both countries made the “right choices,” there was no “logical impediment” as to why the trade could not be five-fold that number.

The “right choices” were evident in another part of the vice-president’s speech.

“Expanding trade between India and the United States requires us to be candid with each other about the obstacles that exist when it comes to a business environment: protection of intellectual property; requirements that companies buy local content; limits on foreign direct investment; inconsistent tax treatment; barriers to market access,” he said.

While Biden accepted that the “instinct to protect your industries is easy to understand,” he made it clear that it was a “tough problem” that needed to be resolved. 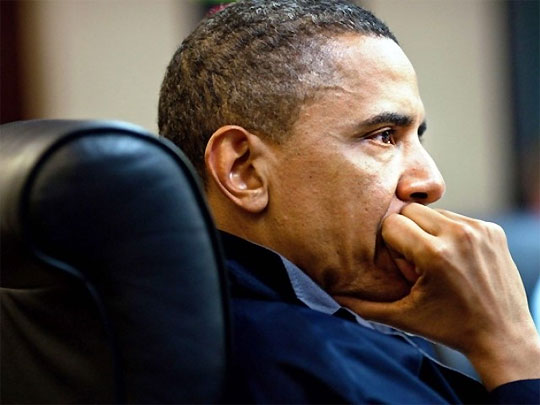 American industry has become increasingly vocal -- particularly since India’s growth rate has slowed down to 5 per cent from a scorching 9 per cent just two years ago -- against what they term as ‘India’s unfair trade and intellectual property practices.’

In a letter to President Barack Obama on June 6, seventeen business groups protested India’s ‘persistent pattern of discrimination designed to benefit India’s business community at the expense of American jobs.’

Another major point of contention is India’s support for generic drugs.

Less than two weeks later, on June 18, many of these signatories came together to form the Alliance for Fair Trade with India, which supports ‘increased action to resolve discriminatory trade practices, including the erosion of intellectual property rights in India.’

On July 23, they wrote an open letter to Biden, whose visit to India began on July 22, protesting India’s ‘discriminatory, unfair’ practices that are ‘inconsistent with international norms.’

Biden, in his speech, underlined the fact that the way forward was clear… “a trade and investment partnership that is open and fair; that grows both our economies as India builds the largest middle class in human history.” 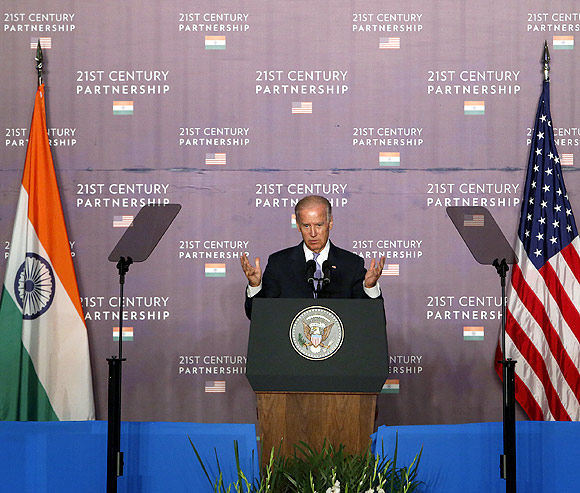 There was, of course, the sugar coating.

Calling India “a rising, rising superpower,” Biden said. “Twenty-two years ago, you took bold steps to start opening your economy.  And the results were immediate, and remarkable.”

But, with the rupee currently fighting a losing battle against the dollar and inflation touching double digits, India’s woes are evident, a fact that Biden touched upon.

“India’s top priority is to lift hundreds of millions of people out of poverty to join the middle-class,” a goal he said that was “consistent” with America’s aim “to continue to shore up America’s future and the foundations of the middle-class life in America with good-paying jobs, affordable health-care, housing, education and dignity in retirement.” A goal, that according to the AFTI, is being impeded by ‘India’s unfair actions that threaten jobs and economic opportunity in America’.

He added that he was pleased India and America were re-engaging in talks towards a bilateral investment treaty, a topic that is expected to feature prominently in the discussions between President Obama and Prime Minister Dr Manmohan Singh, when he visits America in September.

“The treaty would give investors in both countries more certainty and predictability; fair treatment under a single, consistent set of rules for companies small and large, foreign and domestic,” he said.

Addressing India’s H1B visa concerns, he said, “The legislation our Congress is considering increases the number of temporary visas and Green Cards availability for highly-skilled Indians to come to work in the United States.”

Calling for India to reduce its carbon imprint and for increased cooperation, and trade, in the field of civil nuclear energy, he said, “It’s important that we complete the first agreements between American companies and the Nuclear Power Corporation of India.”

He also pressed for increased trade in defence manufacturing, saying, “We can significantly increase our defence cooperation without compromising each other’s sovereignty.

Rather than India just purchasing from us, we can graduate to have a true partnership or co-production and co-development agreements so that together we can design and co-produce the systems and technologies of the future.” 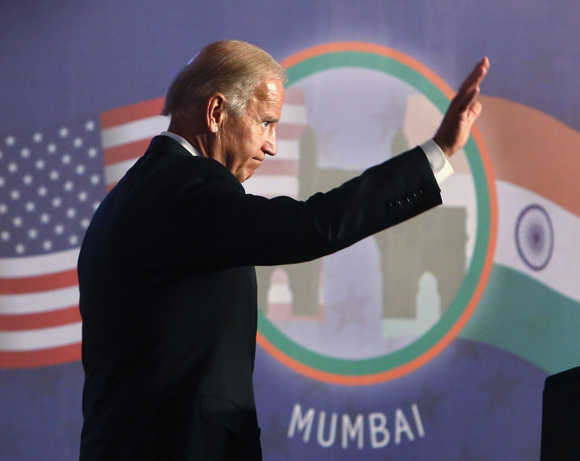 Biden was clear that a “powerful, growing, vibrant Indian economy” was in America’s interest.

Touching upon the fact that India’s dominantly youth population needed every competitive edge they could get, he said, “A young Indian woman graduating from Indian Institute of Technology, Bombay who wants to start the next Tata Motors should be able to buy the best technology and parts, wherever in the world they come from, as her competitors around the world are able to do.

“An Indian medical student with a brilliant idea for a life-saving medical device should know that his intellectual property will be protected and rewarded because that gives him the financial incentive and the intellectual motivation to continue to move forward.

“Hundreds of millions of Indian consumers deserve access to the most affordable and reliable products to better their standard of living.”

Accepting that these changes would be “difficult,” he hinted that they had to be made. “It’s like my mother used to say, you got to take your medicine in order to be healthy!”