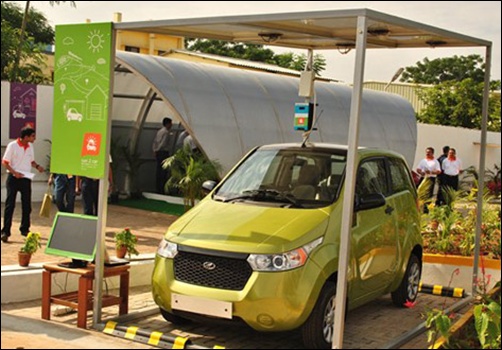 Reva's NXR is a significant improvement over its predecessor. Now, it needs the right kind of push - like country-wide charging infrastructure - to make it a viable alternative.

Gone is the quaint, fragile-looking machine, gingerly weaving its way in between lumbering SUVs and smoke-belching buses.

The NXR, which is the next generation Reva - India's indigenously-produced, all-electric car brand - is scheduled to hit the roads sometime around October this year and comes across, more or less, as just another small car.

It's much more than that, of course. 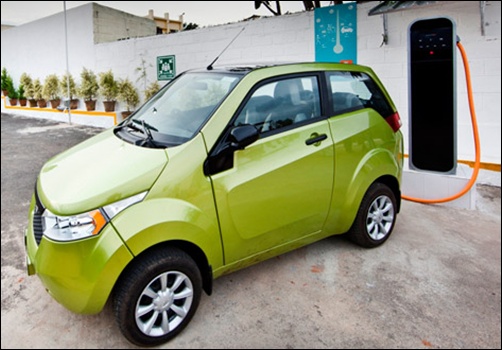 The next-gen baby of Chetan Maini, Reva's founder and current chief technology officer, has features that allow solar charging of its lithium ion batteries, is more efficient and powerful than the existing model, has two more seats and is capable of delivering a range of 100 km per charge.

It also has 10 on-board computers and a host of electronics to run the car, although Maini declined to be specific about those for now, saying it was too close to the launch.

Apparently, the battery of the car is powerful enough to power a house with a TV, two fans and two lights for a day when there is a power failure. Plus, its operating and maintenance costs are exceedingly low. The car has already received positive reviews at several motor shows, including the ones at Frankfurt and Delhi. 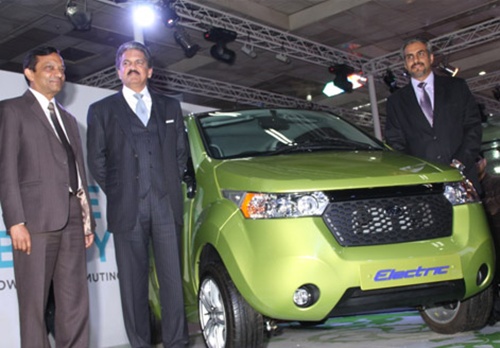 This time around, Maini has delivered the Reva from the stables of Anand Mahindra - hence the new name, Mahindra Reva. Mahindra bought a 55 per cent stake in the company last year and, thanks to a recent Rs 100-crore investment by the Mahindra group, the company has built a new manufacturing plant with a capacity of 30,000 units per annum at Bommasandra, near Bangalore, which is 35 per cent fuelled by solar energy.

According to Maini, after the acquisition, the Mahindra group has contributed significantly in terms of enhancing the R&D budget, an efficient supply chain and car finance systems.

THE FUTURE OF MOBILITY
Mahindra Reva has developed a set of technologies that will be seen for the first time in its new car, NXR

Car2Home
It allows you to use your car's energy to power your home, in case of emergencies
The on-board computer smartly and safely regulates the power to your home for several hours

Quick2Car
Q2C is used for public charging stations that charge the car for a range of 25 km in just 15 minutes and give a full charge in 70 minutes
Quick charging station connected to the car first does a pre-check and fetches vital information like percentage of charge available, km of range available and units consumed from the car to show on the display board

Sun2Car
Through 'Sun to Car', the car can get charged directly by solar energy
A 10-sq mt solar panel can provide sufficient energy to power the car for 15,000 km in a year
This system can be installed at home or office. Once installed, your car can run free of cost for life 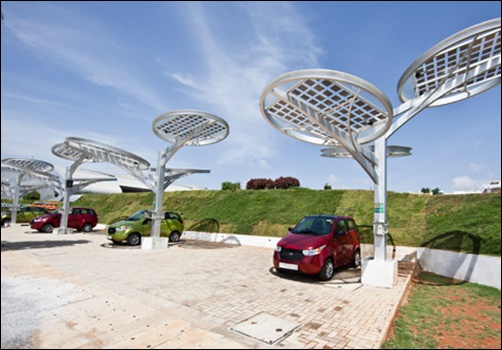 Mahindra has also provided an efficient testing and validation system, and expertise in building the new manufacturing plant.

Equally important is the fact that the number of dealerships has gone up from two to 15. It will be increased to 50 by March 2013. The company is looking at opening showrooms for electric cars in Mumbai, Pune, Kerala and Rajasthan in a phased manner.

The car was the largest-selling model in the world until two years ago, when Nissan entered the fray with the Leaf.

Yet, being one of the largest sellers of electric cars in the world, while impressive-sounding, doesn't amount to much.

"We, at Reva, had some great technology and IP with an experience of running some 200 million kms world-wide," says Maini. "The platform was ready for us and we needed lot of money and a strong distribution network to make it big on the world stage. This has been put in by the Mahindra Group, and we now have a strong distribution network and wherewithal to penetrate the market in a big way," adds Maini. 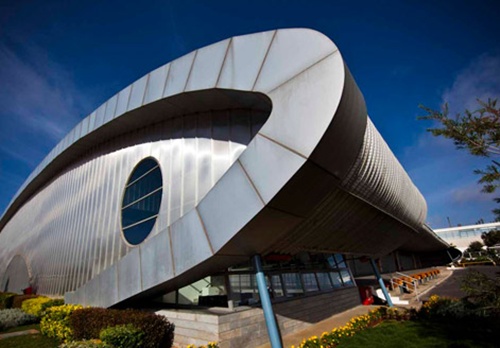 Waiting for a green light

But the question is, whether India, never mind the world, is ready for electric vehicles in the first place.

The electric vehicles (passenger cars) industry, globally, is estimated to be a tiny 100,000 units by the end of 2012.

Currently, Nissan leads the market with the electric Leaf in Japan, the US and Europe, with about 40,000 units sold by the end of 2012. Nissan is ramping up the capacity to about 100,000 units by adding two new manufacturing sites in the US and the UK .

China's adoption of electric vehicles is way ahead of other countries, with an estimated 100 million currently on the roads, and around 30 million produced annually, the majority of them being two-wheelers. This has been possible, thanks to strict municipal laws in certain provinces that have banned pollution-spewing ones.

However, the market for electric cars is still in its infancy, so, it's unclear what the future holds for Reva in India.
India doesn't even register on the electric car map, producing a few hundred thousand electric two-wheelers a year at best.

Here, infrastructure, such as charging stations is completely absent, impeding the growth of the industry.

There's hope, though. In December 2010, the Ministry of New and Renewable Energy announced a 20 per cent subsidy on electric cars. 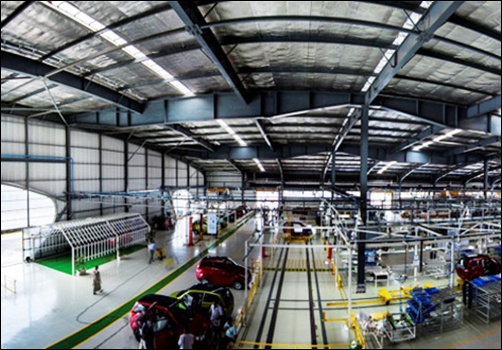 Subsequently, the-then Finance Minister Pranab Mukherjee announced the setting up of a national mission on hybrid and electric vehicles in his Budget for 2011-12.

Very recently, the National Council on Electrical Mobility has recommended to the government that a Rs 23,000-crore programme be launched to promote the electric vehicle industry that includes two-wheelers and hybrid vehicles. 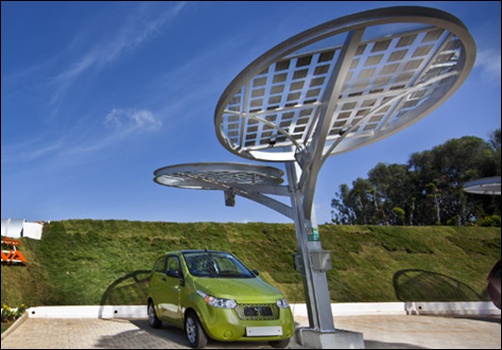 This is good news for Maini, who has been a crusader for electric vehicles for a long time.

At Michigan, he was one of the leaders of the solar car team that won the GM Sun Race in the US and was placed in the top three at the World Solar Challenge in Australia in 1990. 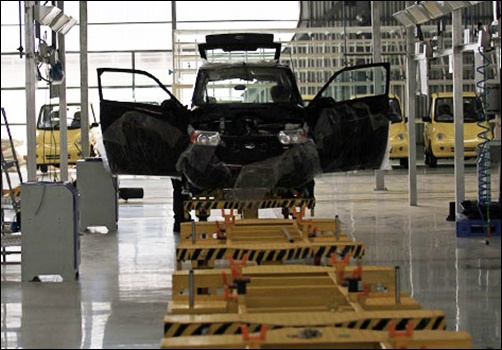 Racing 3,000 kilometres across Australia without burning a drop of petrol inspired Maini to focus on creating affordable zero-emission mobility solutions through advanced technologies.

This makes Maini not your average CEO. He is someone who can talk technology with the best of the fraternity, having registered patents in energy management systems for electric vehicles, presented technical and keynote papers on electric vehicles globally and published papers in several international journals.

He also has relevant industry experience, having worked for General Motors as well as Amerigon, where he was responsible for all electric vehicle programmes and where the REVA project was initiated . 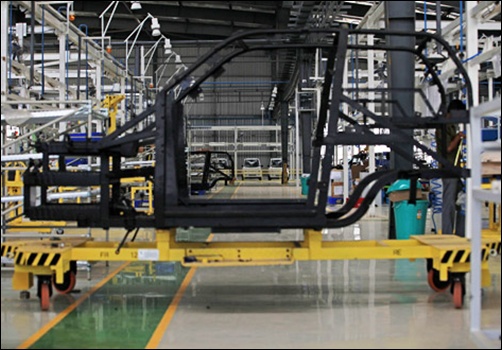 Maini feels that about 10 per cent of the total car market in India would comprise electric cars by 2020.

The total car market is expected to be in the range of at least six-seven million vehicles by then. He is confident of selling at least 6,000 cars per annum, starting from next year.

"We will initially focus on the domestic market for six to nine months. Later, we will start exporting the new model, NXR, to European countries. We will utilise the full capacity of the plant in three years' time," Maini says. 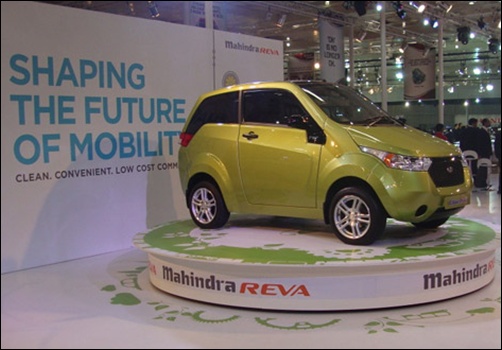 Abdul Majeed, partner, PricewaterhouseCoopers, a research firm, thinks that reaching the 6,000 units sales target set by the company would depend a lot on the cost of the car, infrastructure and how fast the consumer changes his perception about the electric car.

"The cost of the car would be a major deterrent for the customer to buy the car. The Indian car buyer is very cost-conscious and he will not shell out over Rs 5 lakh to purchase the car. Added to this, there is no proper infrastructure like charging stations to charge the car on the go."

Nevertheless, the electric vehicle market in India is estimated to reach six-seven million vehicles by 2020 and if Reva, despite its current anaemic sales, succeeds with the NXR, it is assured of being a dominant player in the market by then.