Sign in  |  Create a Rediffmail account
Rediff.com  » Business » Why smart cars can be a threat to you! Developed using homemade software and a standard computer port, the contraption used a laptop to hack into a modern car. The same research team recently extended the scenario to remotely mount attacks through bluetooth.

It is used as a tyre-pressure monitoring system. Researchers at the University of South Carolina and Rutgers University showed an attack can be mounted to track a vehicle and compromise the privacy of passengers by tracking the RFID tags using powerful long-distance readers at around 40 metres. 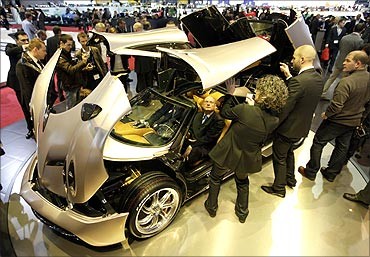 New cars also have the ability to be remotely started by a mobile phone, using a connection from the car and a request to start it from the key holder, through cellular network services or the internet. 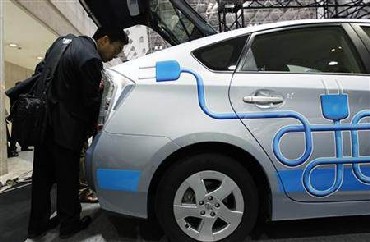 These provide internet access to the passengers' devices. Internet giant Google, too, recently demonstrated autopiloted cars and smart roads with sensors that report on traffic conditions and vehicle speeds.

However, as more and more digital technology is introduced into automobiles, the threat of malicious software and hardware manipulation only increases, cautions a new McAfee report, 'Caution: Malware Ahead'. 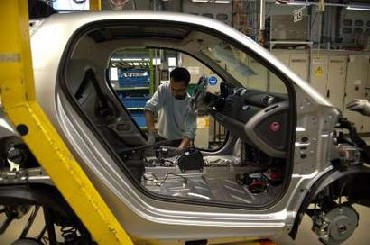 "It's one thing to have your email or laptop compromised, but having your car hacked could translate to dire risks to your personal safety," he says.

Frost and Sullivan estimates cars would require 200 million to 300 million lines of software code in the near future. The increasing feature set, interconnectedness with other embedded systems and cellular networking or internet connectivity can also introduce security flaws that may become exploitable.

The report lists new tools like Viper Smart Security, which uses internet-mapping capabilities and a Facebook function that can be configured to send out instant updates on the car's activity. 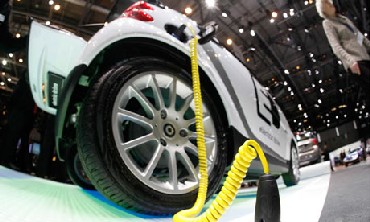 This could easily be used to gain access to the passengers' whereabouts, schedule and routine. The security concern here is not with the automobile itself, but the correlation between tracking and social media that questions the privacy of the consumer.

Based on this information through Facebook updates, the details could be sold or used for other malicious activity against the individual. Security testing and white hat hacking are ways to better understand the possible threat vectors, says the report. Using little more than FTP and telnet commands, he then tapped into a digital video recorder (DVR) to record and stream audio and video captured from gear mounted on the vehicle's dashboard.

He was able to not only tap live feeds from the two separate cameras mounted on the cruiser, but also control the DVR's hard drive.

Using default passwords hardcoded into the DVR's FTP server and disclosed in the support manuals he found using an internet search, he was easily able to upload, download, and delete files that stored months' worth of video feeds.

Gathering the knowledge to hack into the recording system is a flaw, but not ensuring strong, unique passwords allowed manipulation of valuable evidence.