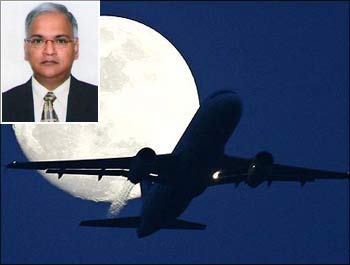 The Air India board has decided to reduce by 50 per cent the productivity-linked incentives or flying allowance payable to its employees.

The reduction would be in effect till an alternative formula for governing Productivity-Linked Incentive (PLI) is put in place within three-months, an Air India release said.

Air India Chairman and Managing Director Arvind Jadhav has said that rationalisation of manpower costs would help the air carrier turn around faster.

The management has also decided to evolve an alternative formula for governing incentives linked to the company's performance in terms of on-time performance, yield, seat factor, operating margins and profitability, the release said. 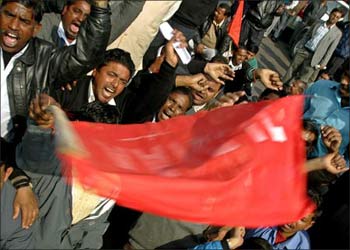 The board's decision is part of the rationalisation of operating costs at a time when airlines in India and globally are facing severe liquidity crunch on account of falling market and high input costs, it added.

The employee unions are, however, opposed to the move.

Many unions have opposed the move. Shiv Sena Rajya Sabha MP and president of the All India Cabin Crew Association Bharatkumar Raut said the unions have urged the management to first release employees' arrears before considering any cuts.

"We have not agreed to anything. We will not give up our rights. In any case it is a deferred salary because they (NACIL management) have not changed the salary structure after every three years. If a cut is implemented, take-home of employees would get reduced by nearly 65 per cent," Raut said. 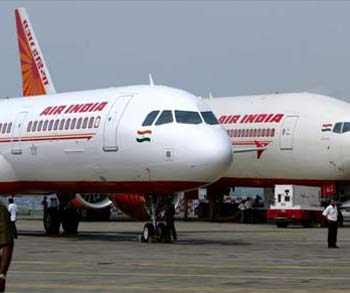 The unions would meet on August 25 to decide on their future course of action, he said.

The Sena-backed unions have taken a conscious decision not to resort to a strike because of the crisis Air India is going through, Raut said.

"We will not succumb to the management's pressure tactics," Raut said.