Women on night shift: A lesson from Tamil Nadu 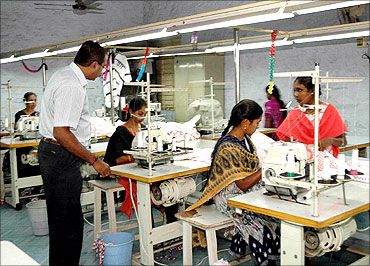 The move to allow women to work the night shift, by amending the Factories Act, has been opposed in Delhi by the Mahila Congress, the Indian National Congress's women's wing, and the All India Trade Union Congress.

However, women have been working this shift in the textile and garments factories at Tirupur in Tamil Nadu, for some years now.

In 2000, the Madras High Court upheld the right of R Vasantha, a woman worker in a textile mill in Dharmapuri district, to work the night shift on the condition that her employer ensured her safety and security at the factory and on the commute to and from work.

The proposed amendment to the central Factories Act lays down a list of conditions under which women may be employed in factories after 7 pm.

The provisions state that the factory management may begin such a shift after consulting the workers and their representatives and must arrange for transport "from the factory premises to the doorstep of their (women employees') residences". Pregnant women and those returning from maternity leave cannot be forced to work night shifts.

"We are not against women at the workplace. Women are already working in the BPO (business process outsourcing) and retail sector," said Shobha Oza, president of the All India Women Congress (AIWC). "But women in factories are from the labour classes and must be protected. Let there be a debate before the law is passed."

Oza said the AIWC's stand was independent of the Congress party, which has backed the amendment to the Factories Act. A party spokesperson did not return calls for comments on the matter.

Tamil Nadu's industrial clusters such as Tirupur, where nearly half the 500,000 workers are women, provide a useful case study of how factory owners, workers, and the government have evolved a set of guidelines to ensure women working the night shift are protected at the workplace.

"Not many factories employ women on the night shift on a routine basis, as women prefer not to work late," said

A Sakthivel, president of the Tirupur Exporters' Association, "But many factories employ women on the night shift during the peak season, when demand is high."

Most factories have hostel accommodation and ensure the safety of employees by securing their premises and providing end-to-end transport for their workers.

Apart from the textile industry, the Nokia factory on the outskirts of Chennai used to employ a large number of workforce before operations were hobbled by a tax dispute in 2013. At its peak, the company had employed 29,000 workers, directly and indirectly, of which 60 per cent were women.

"The company had three shifts including one from 7 pm to 4 am," said Pratibha, who worked at the Nokia factory at night and pursued higher studies during day hours. "The company offered a pick-up and drop facility and security at the factory. The average age of women on the night shift was 25 years, and we worked in a large group together." Pratibha said she had experienced no problems during the shift.

The Madras High Court issued standing orders for factories in line with the Vishaka Guidelines stipulated by the Supreme Court: The occupier of the factory must set up a committee, headed by a woman, to address all complaints of sexual harassment in a confidential and time-bound member.

One member of the committee must be from a non-government organisation specialising in gender issues, and at least half the members must be women.

The court also mandated that the number of women per night shift cannot be less than 10, and at least two-thirds of the shift and a third of the supervisory staff must be women.

"Almost all the factories have failed to comply with the standing orders of the high court in letter and spirit," said.

A Soundararajan, Communist Party of India (Marxist) MLA from the Perambur constituency and president of the Tamil Nadu wing of the Centre of Indian Trade Unions. "Women should have the option of working at night but not be forced into the night shift."

Madhumita Dutta, a Chennai-based academic researching the role of women in the factory space, said most factories arranged for transport and security but had failed to set up effective sexual harassment cells. "The provision that women comprise one-third of the supervisory staff is also not followed," she added.

Dutta noted all establishments - not only factories employing women on the night shift - should set up anti-sexual harassment cells according to the Vishaka guidelines.

"We must provide a safe environment for all workers at all times," she said. "The answer cannot be to force women back into their homes." 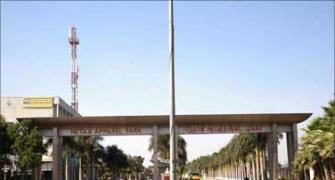 What makes Tirupur a hotspot for migrants 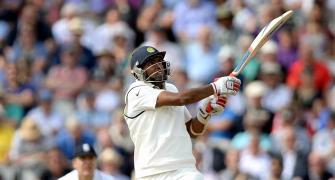 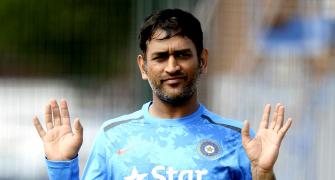 For once, Dhoni has valid excuses for the debacle 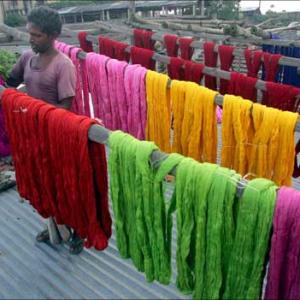 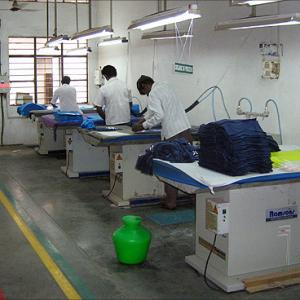