The new Santro, with a premium feel, is proof that when it comes to offering latest features and with it design at competitive prices, small cars are no longer shying away from entering a territory once occupied only by larger models, says Pawan Lall. 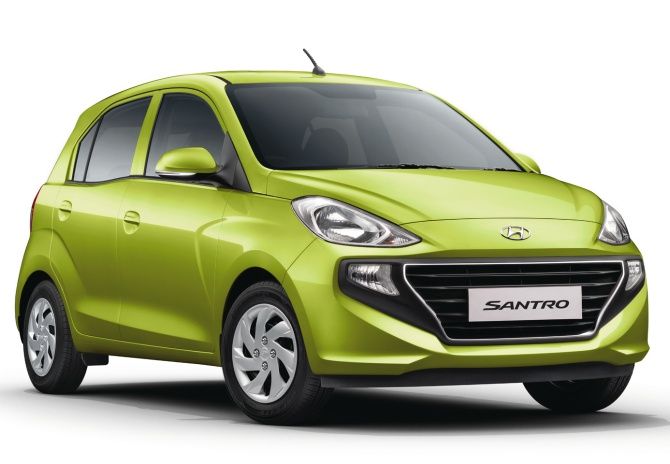 Evolution. That's the word that comes to mind as I slip into the driver's seat of the newly launched Hyundai Santro Sportz.

The compact hatchback is equipped with automatic transmission and bang for the buck -- but not the kind you would see a few years ago, when the Santro offered a little more than what the cheapest options available in the market did. But the past, as they say, belongs in the past.

The Santro that was launched last month is packed with features: air-conditioning vents that are hooked up to the rear of the car so that passengers in the backseat can also stay cool; steering-mounted controls that let you surf channels on the radio or adjust volume; and rear-parking sensors and camera so that you don't back into a wall or drive over the landlady's kitten.

These might not seem remarkable additions, given that most cars today support these features. What's remarkable, however, is that these are available in a car that costs Rs 550,000 -- and that's the pricier version. 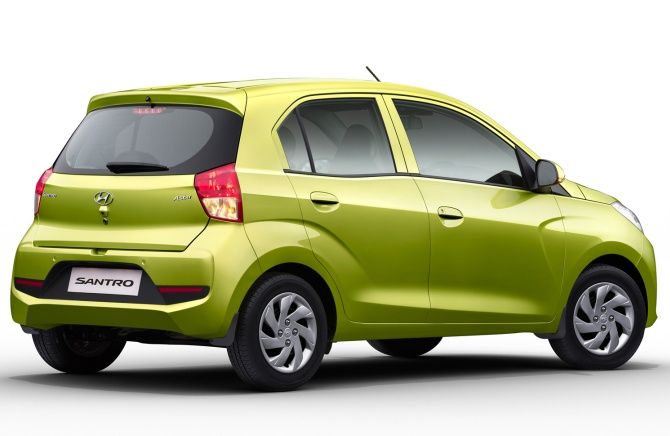 The Santro has an uncanny ability to connect with people at one level or the other, which isn't a surprise given how long it has been around for and how commonly driven it is.

On a personal note, before we married, my wife drove a maroon Santro in which she ferried me around when my own car -- a Maruti Zen -- was at the repair shop.

And while I did debate the supremacy of the Zen over the Santro, the truth is that particular Santro was more reliable.

Coming to the newest version of the car -- it is two inches longer and around five inches wider, which makes it more spacious and comfortable on the inside.

And while some touches like a "SwachhCan", which is basically a mug-sized trash can that comes with the car, make a point with a touch of humour, one also notices tiny signs of cost-cutting. 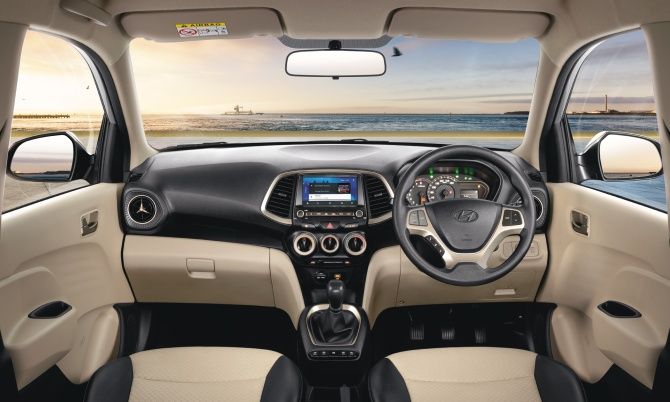 The steering wheel, for example, does not have a lever or button that can adjust its height for drivers who may want the wheel positioned higher or lower.

And, the front seats don't have flaps at the back to hold magazines, newspapers or other documents -- perhaps a statement on the shrinking reading habit among younger consumers.

These inadequacies, however, appear to fade away as you take in the big picture.

The new Santro, with a premium feel, is proof that when it comes to offering latest features and with it design at competitive prices, small cars are no longer shying away from entering a territory once occupied only by larger models. 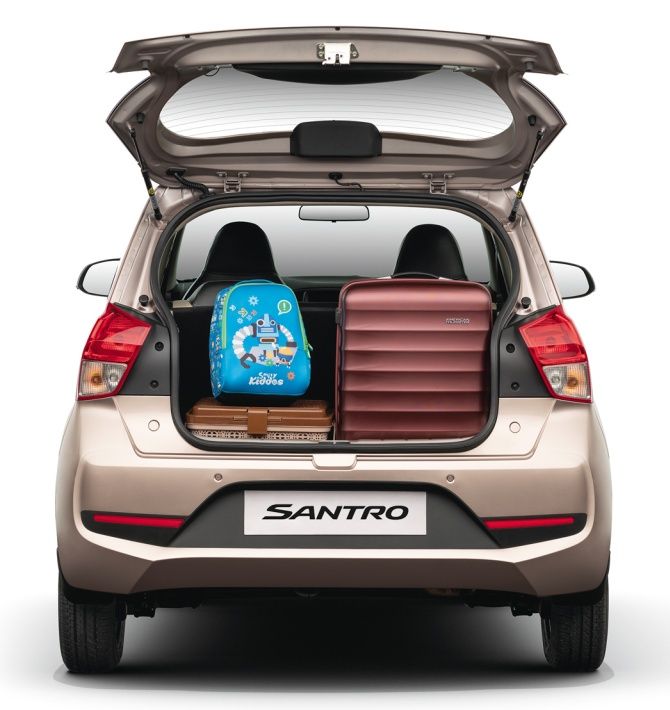 The Santro I drove around town came in a colour that the company calls "Diana Green", a vibrant metallic parrot green clearly chosen with younger buyers in mind.

Hyundai has spent close to Rs 7 billion to revamp the Santro, and one doesn't have to squint to notice the changes.

The first-generation Santro, referred to as "Tall-Boy" by customers and dealers alike because of its height, while functional and reliable, was also boxy and boring.

In contrast, the new version has an entirely different heart and soul; even its overall height has been brought down by an inch or two.

Take the Santro for a spin and its suspension is bound to impress you. The brand new "K Platform" that the car is built on has deployed the MacPherson struts and torsion beams as well as urethane bump stoppers that minimises body roll, betters cornering performance and stabilises the car on rough roads.

Simply put, you won't go for the grab-handle every time you make a U-turn or pull into a lane, which is the case with some small cars. 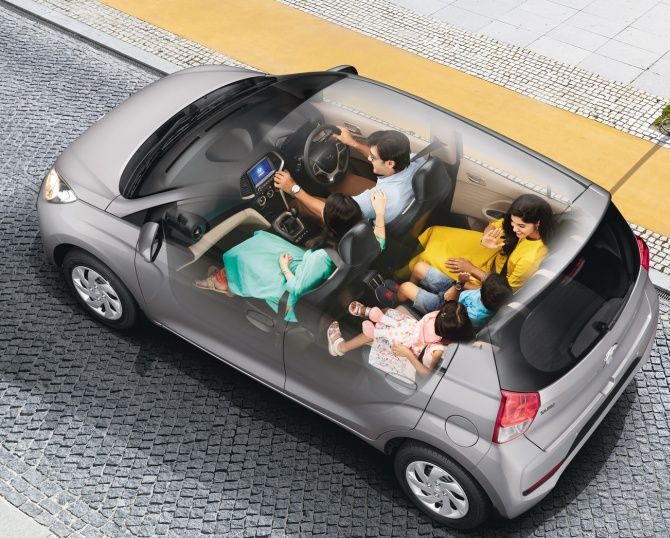 While the petrol engine is reasonably smooth and refined, it does in part feel a little under-powered, especially on slopes, highways and in tricky traffic situations.

This is largely due to the "turbo lag" from the automated manual transmission. What this means is that this car is best-suited for small lanes and city streets.

This might not be such a bad thing, especially if your child has just reached driving age, for here's a smart, functional car that respects speed limits.

So what we have is a Santro that goes head-to-head with Maruti's Wagon R and the Tata Tiago. And, a hatchback that has achieved what it had failed to earlier: being cool. 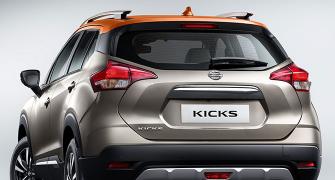 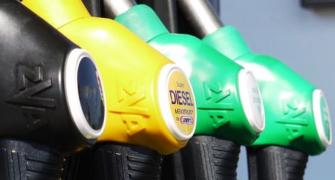 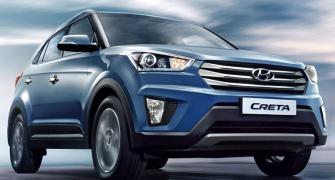