Will prices of petrol, diesel skyrocket in near term?

India is estimated to spend $1.36 billion more a year for every one dollar a barrel increase in crude oil prices, says Subhayan Chakraborty. 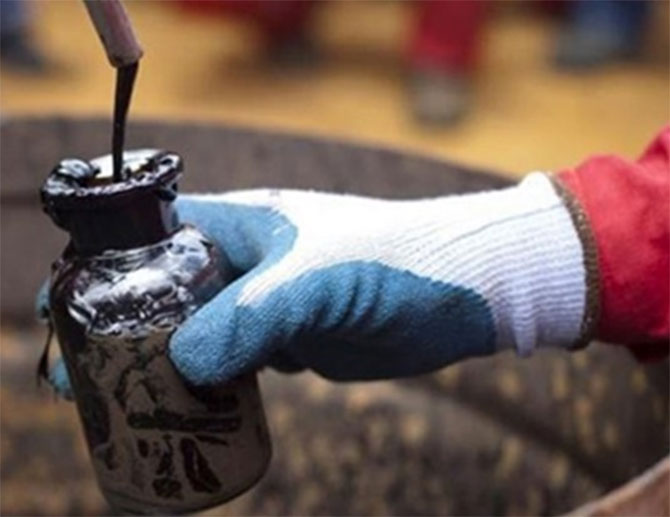 Prices of global crude oil rising suddenly have prompted the domestic oil industry to go into a wait-and-watch mode.

With commodity expert and American investor Jim Rogers predicting that crude prices might reach $60 per barrel, amidst a fall in global supply and a return of demand, India would have to brace for a higher import bill.

Last Wednesday, the Organization of Petroleum Exporting Countries (Opec) -- a group of 14 major oil exporters including Saudi Arabia, Iran, Iraq and accounting for one-third of global oil output -- announced they would significantly cut their production levels for the first time in two years since prices crashed.

Crude prices have soared as a result. Figures released by the petroleum ministry on Friday showed the international crude oil price of Indian basket was $50.27 per barrel on December 1. A day before, it was $45.83 per barrel.

“The increase in price is an immediate reaction of the market as a result of production cuts by OPEC members. However, whether this will be sustained needs to be watched since Venezuela and Ecuador are facing severe revenue crisis and may not be able to hold out much longer,” said R K Malhotra, director general, Petroleum Federation of India said.

The current level of price rise is not a concern in the present economic circumstances, Malhotra added.

However, industry insiders cautioned under conditions of anonymity that if prices breached the $54 ceiling, the repercussions would be serious for the country.

However, import volumes grew to 202.31 million tonnes in 2015-16, a more than seven per cent increase over the $187.91 million tonnes imported in the year before. Volumes are expected to keep growing, a trade expert said.

Indian refiners imported 18.15 million tonnes of crude during October, according to the petroleum ministry. The figure is very close to record high of 18.85 million tonnes, back in August.

India is estimated to spend $1.36 billion more a year for every one dollar a barrel increase in crude oil.

The OPEC nations, which operate as a cartel, have been unable to agree on production cuts owing to most of them facing severe revenue crunch because of prices which fell from $100 a barrel to as low as $50 a barrel.