What is keeping wealthy investors shy away from equity related investments

In late 2000s, Vijay Agarwal (name changed) had invested a chunk of the money he got from selling his business in products designed for the rich — known as portfolio management services (PMS) — offered by one of the country’s top brokerage firms. 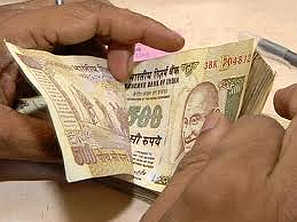 Last year, however, the 55-year-old hurriedly pulled his money out of equity PMS products.. What triggered the move was the Rs 5,600-crore National Spot Exchange (NSEL) payment crisis, where he lost big money.

“After I lost heavily in the scam, I was no longer ready to risk the rest of my money in equity products,” he said.

Agarwal is one among many well-heeled investors who have pulled money out of PMS products, especially equities, after the NSEL default. Many brokerages had hard-sold a scheme based on derivative contracts on NSEL, promising better returns than fixed deposits.

While many could stomach the erosion in value in equity products in recent years, they could not tolerate the loss of capital caused by the NSEL scam, said wealth managers.

“The NSEL issue has been a big dampener on the PMS business because it impacted a different class of investors. These were long-term investors, looking for lower risk and fixed returns,” said Raghavendra Nath, managing director, Ladderup Corporate Advisory.

The NSEL crisis prompted even rich and diehard equity investors to shift to safer fixed income products. The minimum amount an investor can invest in a PMS product is Rs 25 lakh.

In 2013, equities fell by much as eight per cent during the year. Fixed income products returned between nine and 11 per cent.

“I am much more comfortable putting my money in bank fixed deposits (FDs) than any PMS products right now,” said Agarwal.

This has resulted in many PMS providers facing a tough time in 2013, due to falling commissions and increasing costs, coupled with a drop in the client base.

According to those in the sector, commissions paid by PMS product providers have come down to less than one per cent. Some are luring clients with a profit-sharing proposition; about 20 per cent of any profits made on the investments goes to the PMS providers.

However, some PMS providers survived after a shift to products that invest in secured real estate paper. This was a key reason for the 24 per cent jump in assets under management of PMS products, though wealth managers and brokerage officials insist it does not reveal the deep stress the segment faces.