For them, turning online is like adding another platform to reach local customers. 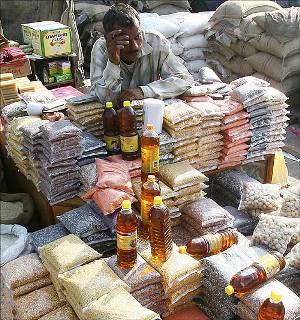 Ravi Singhal owns two kirana stores called Home Buddy in the National Capital Region -- one in Noida and the other one in neighbouring Vaishali.

(A kirana shop is a small neighbourhood retail store.)

Twenty-four years after opening his first store, he has now turned online to sell groceries.

Currently, he serves customers within a range of one kilometre, with offers such as loyalty programme, cash-on-delivery and home delivery within 30 to 90 minutes.

“The response to our online entry has not been that great.

“But we see it as a medium of the future,” says Singhal, enjoying a short break in the afternoon at his residence.

Singhal is not the only neighbourhood kirana store owner making a transition to e-retailing in addition to running bricks-and-mortar stores.

SRG Retail, which owns shops in Anupshahr and Ghaziabad in Uttar Pradesh, recently launched Delhisix.com which is being advertised as a retail-cum-online store. It has a physical store at Indirapuram near Vaishali and serves customers in neighbouring localities.

Even as the government is worried about the impact of growing online sales on traditional shops, kirana store owners, even in places such as Patna, Jaipur and Indore, are getting ready to ride the e-commerce boom.

“I see this trend of big retail shops located in affluent areas making their significant online presence catching up all across the country,” says Arvind Singhal, chairman and managing director at retail consultancy firm Technopak.

Experts say such neighbourhood stores have advantages such as the ability to adapt quickly to changes, small catchment areas to serve and enjoy goodwill among locals.

For them, turning online is like adding another platform to reach local customers.

They, at least the smaller ones, continue to insist on cash as a preferred mode of payment. Very few have made provisions for online payments.

They are trying to lure customers online through additional discounts and other freebies.

Delhisix.com, for instance, offers 10 per cent discount on all products, and for any order above Rs 3,000 it gives movie tickets for two.

Another noticeable trend in the segment is small companies that began as online stores delivering groceries in selected localities have started opening physical stores.

One such company is Patna-based Rashanwale.com. Starting in 2013 as an online grocery store supplying products in selected localities of Patna, it now plans to add physical stores to boost its online sales.

The first store is set to be opened in four months. Co-founder Manish Vats told the Business Standard that more stores would be launched in the next few months.

“You need physical presence to have credibility in the neighbourhood,” says Sandeep Agrawal, founder of Japiur-based pinkcitykirana.com, which has a warehouse that doubles up as a retail store.

The online store not only caters to the needs of customers, it also supplies groceries to small kirana stores in and around Jaipur, adds Agrawal.

The grocery segment is estimated to be a Rs 21-lakh-crore (Rs 21-trillion) market in the country, dominated by 12-14 million kirana shops.

Online grocery retail, which is growing at 25-30 per cent a year, is expected to capture two per cent of this market by 2020.

Other than big e-retailers such as LocalBanya and Big Basket, several new companies have emerged.

ShopRation.com is one such operating out of Noida. Started by a software engineer with a godown and a few thousand rupees, it now claims to have attained a monthly sale figure of Rs 500,000.

With five delivery boys on its payroll now, ShopRation claims to have a customer base of 1,000.

“For the first two months, we got just one order. It was very disheartening.

There are many small online grocery stores such as ShopRation all across the country.

The Business Standard spoke to many of them in Patna and Indore, but they refused to divulge details about sales, areas of operation, payment options, growth, etc.

“For a segment that is yet to make an impression, the entry of non-serious companies is not a good one,” observes an employee of one such company who does not wish to be named. 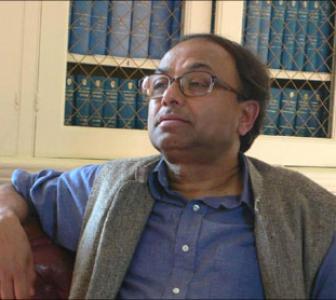 Here's how FDI in retail will help farmers, kirana stores 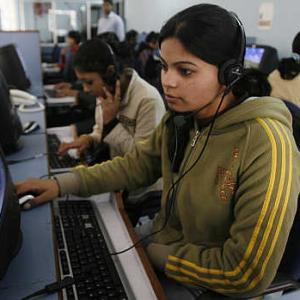 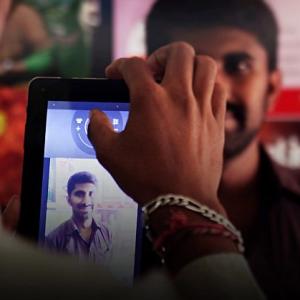