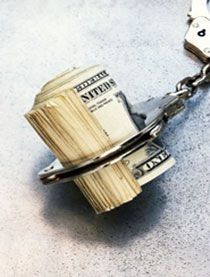 Lamenting that the Supreme Court order on blackmoney has not been complied with even after two years, eminent lawyer Ram Jethmalani said on Wednesday it was the fundamental right of Indian citizens to know about the people who stashed away unaccounted wealth in foreign banks.

He referred to Supreme Court orders in which it has said that the court was not satisfied with the government investigation and its appointment of Special Investigation Team headed by retired judges to probe the issue.

". . . The citizens of this country have the right to know how the masters are working.

"And this creates a fundamental right in the citizens of India to know every thing about governmental operations," he said addressing a Round Table Discussion on "Right to Privacy: Issues and Way Forward" organised by Assocham in New Delhi. "

The Supreme Court had passed its order on blackmoney in July, 2011 in a case in which Jethmalani was also a petitioner.

Jethmalani, who is also a Rajya Sabha MP, said that $1500 billion of Indian wealth has been stashed away ‘by the dacoits in the tax havens’.

He said that an illustrious Swiss magazine in 1991 had established with evidence and gave the names of ‘14 international thugs drawn from all over the world with their names, their photographs, their accounts number and the money’.

He said when he spoke about the issue in Parliament, "the debate just broke up, Parliament went into total chaos and disorder and the very very very cooperative chairman of the Rajya Sabha adjourned the House and the debate has never taken place".