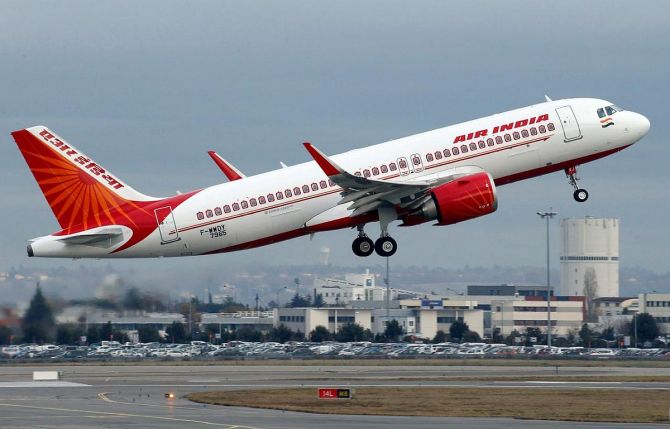 In a significant departure from its earlier stance, the government is mulling to absorb a large portion of national carrier Air India’s debt which is backed by aircraft.

In a significant departure from its earlier stance, the government is considering the option of absorbing a large portion of national carrier Air India’s debt which is backed by aircraft.

The debt, which amounts to around Rs 23,286 crore, is mainly on the account of aircraft purchases, which are backed by sovereign guarantees.

But those guarantees would end once the airline is purchased by a new owner.

A decision on the matter is crucial as the government is struggling to find a buyer for the airline as the aviation industry across the world has been hit hard by the Covid-19 pandemic.

The relaxation proposed by merchant banker EY, which is the advisor for the sale process, is yet to be approved by the group of ministers in charge of overseeing Air India’s sale process.

“The global aviation industry is on the pause.

"In such a situation, getting an investor is turning to be difficult.

"There have been internal deliberations of what can be done for the sale process to go through.

"This is one thing that is being considered, but no decision has been taken yet,” said an official aware of the development, adding that the government was forced to postpone the sale process as no bid was received.

The terms of Air India’s sale were already relaxed after a failed attempt in 2018 which saw no buyer expressing interest in the airline.

This included full management control, reduced debt, a leaner organisation, and flexibility to form a consortium for a bid.

According to the sale document, the government would absorb 30 per cent more in debt and liabilities, than in 2018.

With that significant change, the government intended to pass on Rs 23,286.50 crore to the new owner, while absorbing a huge chunk of the current liabilities.

“Of the balance liabilities, other than debt, certain identified current and non-current liabilities - that are equivalent to the sum of certain identified current and non-current assets - are proposed to be retained in Air India and Air India Express, as on the date of the closing of the proposed transaction,” the sale document stated.

Around Rs 29,000 crore of debt was transferred to a special purpose vehicle (SPV), Air India Asset Holdings Limited (AIAHL), to clean up the company’s balance sheet.

“The entire dynamic of the sale process has changed. The bid document was formed with calculations of the balance sheet in a world which hadn’t seen the impact of Covid.

"Those numbers no longer make any sense as the entire traffic forecast and the potential of Air India’s routes have changed.

"Hence, this brainstorming to make the process more lucrative,” a second government official said, adding the proposal of the government absorbing the entire debt is difficult to get cleared.

“All mergers and acquisitions take place with the theory that equivalent liabilities and assets are passed on to the buyer.

"In Air India’s case, we have ensured that the government will take over excess liabilities not backed by assets.

"If the government absorbs the entire debt amount, there will be questions as to why the airline needs to be sold,” the official added.