Why global stock market rally is set to continue into 2015 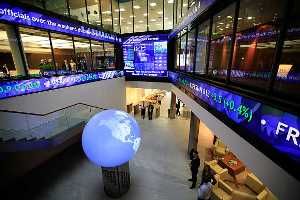 Global stock markets will keep climbing well into 2015 as they shift away from a liquidity driven rally to focus on growth expectations, although many strategists also warned in a worldwide Reuters poll that prices are already very high.

Accommodative monetary policy has driven a bull market in stocks in recent years, but the Bank of England is expected to raise interest rates early next year and the US Federal Reserve not long after, tempering future gains.

But as that won't happen unless those economies are on a firm footing, US and British stocks are expected to lead the charge next year.

That suggests there is a subtle shift away from central bank cash to economic optimism.

"The Fed won't raise rates unless the economy is strong enough to stand it, and that means higher equity prices," said David Joy, chief market strategist at Ameriprise Financial in Boston.

Just as those central banks tighten policy, the European Central Bank is more likely to be doing the opposite.

Additional stimulus would add some short-term support to euro zone stocks, with Italy's FTSE MIB -- already up 9 per cent in 2014 -- expected to be the biggest beneficiary.

But analysts lowered their forecasts for euro zone stocks from a poll taken in June.

That comes despite a falling euro which should boost corporate earnings in the coming quarters and may give a lift to inflation and euro zone exports.

"This will be a very delicate turning point for stock markets, even though it won't change the bullish medium-term trend," Xavier Lespinas, head of equities at Swiss Life Banque Privée, said.

Nearly all the almost 250 analysts and investors polled in the past week predicted markets would rally -- with several indexes reaching new highs.

The MSCI World Index, which tracks stocks from developed economies, is currently around 1,723, not far off the all-time high of 1,765.77 points reached in July.

European shares are poised to rise about 2 per cent by the end of December and the US S&P 500, already close to a record high, should keep pace with them.

That compares to more buoyant 5 per cent gains in India and Russia and 4 per cent in China.

One index from developed economies that is expected to do well is Britain's FTSE, predicted to jump over 4 per cent to a new record high.

The performance of Brazil's Bovespa, however, will depend on October's presidential election.

Presented with both options, the poll showed the index would fall 12 per cent if incumbent president Dilma Rousseff is re-elected, but would rally by the same amount if she loses.

Strategists noted stock prices in China and other parts of East Asia remain relatively cheap compared with US and European shares, though rising US interest rates may cap gains.

Asian markets, bar India, have generally lagged the global bull run this year amid worries over China's slowing economy, though Beijing is expected to roll out more stimulus measures in coming months to shore up growth.

The Shanghai Composite Index is up over 10 percent this year but most of those gains have come in recent months as investors bet on further policy easing from the People's Bank of China.

That comes despite widespread concerns over a falling property market and no clear drivers for a major pick-up in growth.

Still, stock prices there look relatively cheap after a steep fall in 2013 and the first half of this year.

"We'll see some funds switching back from developed countries to seek opportunities in other markets," said Ben Kwong, director at KGI Asia.

Indian shares, which have soared more than 25 percent so far this year on anticipation and follow-through after a landslide election of a new government in May, will jump to new record highs over the next year and beyond.

If Russian shares make their expected gains they will still finish the year some 13 per cent lower after months of heavy selling pressure linked to the Ukraine crisis.

Russian assets have plunged on several occasions this year as markets fretted over Russian military intervention in Ukraine and as Western powers imposed several rounds of sanctions targeting key sectors of the Russian economy.

"Russia is a bungee-jumping market.

"You fall probably more than you should, get close to the water but then you get pulled right back up," said Erik DePoy, an equities strategist at Gazprombank in Moscow. 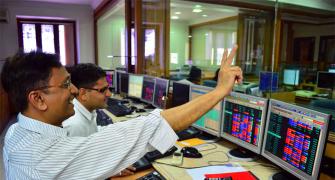