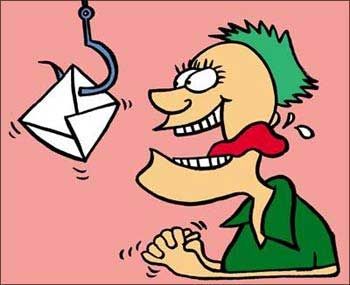 Amid a growing number of scams related to corrupt practices in corporate India, market watchdog Securities and Exchange Board of India has decided to make it mandatory for listed companies to have a whistle-blower mechanism for their employees and directors.

While the new Companies Act also provides for certain classes of companies being required to establish a vigil mechanism for their directors and employees, Sebi has now decided to incorporate a provision in this regard in its new Corporate Governance Code for listed firms.

The Code has been approved by the Sebi board and would be soon notified by the regulator.

According to an internal document prepared by Sebi on this issue, a proposal to make whistle-blower mechanism compulsory for listed companies has been favoured by a vast majority.

The proposal received 19 comments in its favour and just one against it, Sebi said.

Sebi, however, concluded that the mechanism would ideally be kept open only for internal stakeholders such as employees and directors.

"Other external stakeholders are not totally within the powers

of the company and have other avenues for redressal of their concerns.

“Hence, the proposal may be aligned with the Companies Act, 2013 and whistle blowing mechanism may be restricted to directors and employees only," Sebi said.

At present, a listed company may establish a mechanism for employees to report to the management, their concerns about unethical behaviour, actual or suspected fraud or violation of the company's code of conduct or ethics policy.

However, it is currently not mandatory for companies to have a whistle blower mechanism.

Sebi said the guiding principles of corporate governance enlisted by Ministry of Corporate Affairs stress the need to have well laid out Whistle-Blower Policy mechanism.

"The need for an effective legislation is essential in India with the growing number of scams related to corrupt practices in corporate India.

Under the new proposals, listed companies need to have a panel to look into the alerts raised by whistle blowers and the policy in this regard should be under the audit committee.

According to the market regulator, a non-executive director could act as an ombudsman and take charge of such an investigation related to matters raised by a whistle blower.

If the disclosures are found to be true, Sebi has suggested that adequate action should be initiated which has to be a deterrent against such offences in the future.

"The policy should be such that it encourages such disclosures to be made but ensures that frivolous accusations do not become a means to harass senior management," Sebi has said.
© Copyright 2022 PTI. All rights reserved. Republication or redistribution of PTI content, including by framing or similar means, is expressly prohibited without the prior written consent.