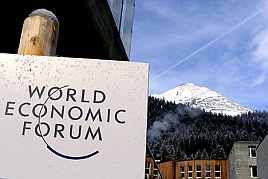 Hundreds of rich and powerful people across the world will congregate next week at the Swiss skiing resort town of Davos for the World Economic Forum, where India will be represented by an over 100-member delegation including senior ministers and corporate leaders.

Those scheduled to attend the five-day WEF Annual meeting, beginning January 21, include more than 40 heads of state or government, including those from the UK, Australia, Japan, Iran, Israel, Pakistan, Brazil, Italy, Mauritius, Republic of Korea and Switzerland, WEF announced on Wednesday at a press conference in Geneva.

Besides WEF meetings, the Indian leaders are also expected to hold bilateral and multi-lateral meetings with their counterparts in other countries, as also with the chief executive officers of many top companies from across the world.

More than 100 corporate leaders from India are also expected to be present at this annual global event.

WEF said that its 44th annual meeting would be attended by over 2,500 participants from almost 100 countries, including 1,500 business leaders, and this year's theme would be ‘The Reshaping of the World: Consequences for Society, Politics and Business'.

Angel Gurria would also be there.

The annual meeting would start on January 21 with a welcome address by WEF Chairman, to be followed by an awards ceremony and a special concert, in the evening, while official sessions would be held for four days between January 22 and 25.

Among the countries, the US comes on the top with 670 participants, followed by UK with 282 persons, while host country Switzerland would be represented by 202 persons.

At the fourth place, India and Germany would have total 124 participants each who are scheduled to attend the meeting.

According to an analysis, there would be 1,500 business leaders, including 288 dealing in government relations, 230 from banking & capital markets and 225 media leaders.

The female participation is expected to be 15 per cent.

The average age of a Davos participant this year would be 52 years for men and 49 years for women.

The youngest is 21-year-old Umar Anwar Jahangir, a Shaper from the Islamabad Hub of Global Shapers, the CEO of Bahria Medics, a student run social welfare organisation, while 90-year-old Israel President Shimon Peres is the oldest.

WEF said that this year's Annual Meeting convenes at a time when the world is at a critical juncture, ‘as the subsidence of short-term economic crises gives way to a profound need for further structural reforms in emerging and developed markets, and international relations continue to be disrupted by an increasingly multipolar world’.

"Taking place at the beginning of the year, the Annual Meeting will address the challenges facing the world in 2014, with the aim to create a completely new context for insightful, future-oriented decision-making," it added.

"There is no place in the world where so many stakeholders of our global future assemble, all united by the mission of improving the state of the world," WEF Founder and Executive Chairman Klaus Schwab said.

This year, a special focus would be on issues related to healthcare and climate change. as also ‘the pressing youth unemployment challenge, economic prospects in major emerging economies including China and India as well as the future of North Africa and West Asia.
Source: PTI© Copyright 2022 PTI. All rights reserved. Republication or redistribution of PTI content, including by framing or similar means, is expressly prohibited without the prior written consent.
Print this article 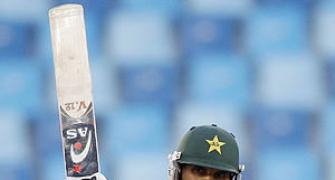 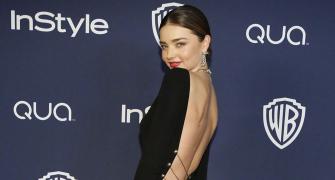