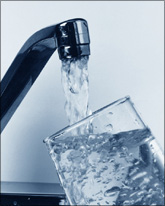 Orders are flowing for the water and wastewater treatment industry, as leading players in the domestic market such as VA Tech Wabag, Larsen and Toubro, Thermax and IVRCL Infra have bagged over Rs 2,500 crore (Rs 25 billion) worth of orders in the past two-to-three months.

The total cost of the project is Rs 1,033 crore (Rs 10.33 billion) and it will have a capacity of 100 million litres a day. The plant will be constructed on a DBO (design, build and operate) basis and will be commissioned in the next 24 months.

VA Tech Wabag had earlier designed and built seawater desalination plants for Adani Power in Gujarat, for Hindustan Petroleum Corporation at the Vizag Refinery, and for Gujarat Mineral Development Corporation.

"With this, our order book now stands at Rs 3,300 crore (Rs 33 billion) and we expect another Rs 500-600 crore (Rs 5-6 billion) of orders within the coming three to four months," Rajiv Mittal, managing director, told Business Standard.

The Indian water treatment business is estimated to be about Rs 2,000 crore (Rs 20 billion) and growing at 15-20 per cent annually. This includes the Rs 1,200-crore industrial water treatment sector and the Rs 800-crore (Rs 8 billion) point-of-consumption market, which involves localised water treatment.

PSL Ltd, the largest manufacturer of pipes in India, today announced it had bagged orders worth over Rs 425 crore (Rs 4.25 billion) in the past 10 days for the manufacture of pipes for water supply projects from infrastructure companies like L&T, Lanco, Nagarjuna Construction Company, Subhash Projects (SPML), and South East Constructions.

"We expect various infrastructure players to place orders worth Rs 2,500 crore for pipes for water supply projects within the next 18 months," said Ashok Punj, managing director of the Rs 3,600 crore (Rs 36 billion) turnover PSL, which controls over half of the pipe market in the country.

In another announcement, IVRCL Infra and Projects yesterday said it had bagged infrastructure projects worth Rs 958 crore (Rs 9.58 billion), which includes a Rs 253-crore (Rs 2.53 billion) order from the Gujarat government's Gujarat Water Infrastructure for implementing the NC-24 water supply scheme in the state.

Last week, engineering and construction major Larsen & Toubro had said the company got a Rs 189-crore (Rs 1.89 billion) order from the BWSSB. The contract includes fabrication and laying of a mild steel pipeline.

The scheme, funded by Japan International Cooperation Agency, envisages transmission of 500 million litres per day of clear water from the river Cauvery (Shiva Balancing Reservoir) to Bangalore. The project, to be completed in 24 months, involves laying a pipeline from Harohalli to Tataguni and Vajarahalli, along with associated civil work.

L&T's water and water treatment business are handled by the Metallurgical, Material Handling and Water Operating Company, a part of its construction division. In October, the Uttar Pradesh Jal Nigam had entrusted L&T with a Rs 488-crore (Rs 4.88 billion) order for implementing projects under the Jawaharlal Nehru National Urban Renewal Mission (JNNURM), a massive city modernisation scheme funded by the Government of India.

Another leading player in the segment, Pune-based power solutions player Thermax, had bagged Rs 155 crore (Rs 1.55 billion) worth of orders for sewage treatment in Maharashtra and in Jammu and Kashmir.

Cos may defer Kutch plans as tax sops end 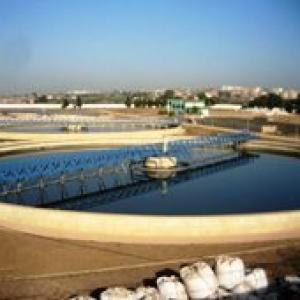