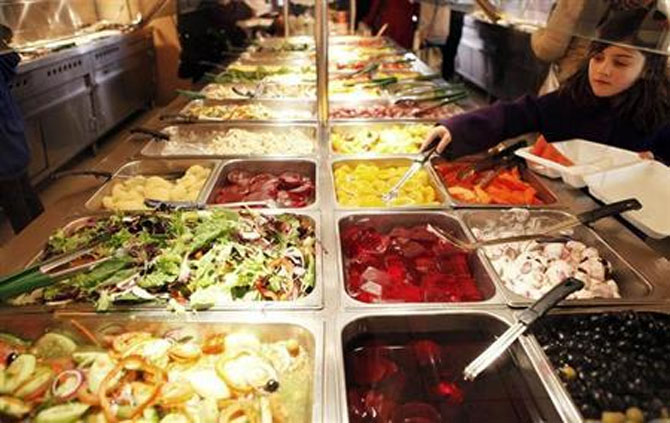 Walmart, the world's largest retailer, is keen to retail processed food in India after the government relaxed foreign investment norms, a top official said on Wednesday.

Food processing secretary A K Srivastava said over $1 billion FDI has come in food processing sector during the last two years and with the government now permitting 100 per cent foreign investment in marketing of processed food produced and manufactured in India, "Walmart is showing lot of interest".

Also, a leading Brazilian poultry company has expressed keen interest in joining hands with Kishore Biyani's Future Group to sell their products in the country, he said but did not identify the company or give details.

"The government this year announced 100 per cent FDI in the retail trading of food products produced and manufactured in India. Now this we hope will give a big boost to the food processing sector," he told reporters.

Walmart, which previously had tied up with Bharti Group to enter retailing in India, "is already showing lot of interest, he said. "Now we are hoping that they will come on their own and they will add to the growth story of this country".

The official said a Brazilian company "claiming to be world's leading exporter in poultry sector met us yesterday.

They want to tie up with Biyani's Future Group to use their retail outlets."

However, when contacted, a Future Group spokesperson said there is no such development.

The US-based Walmart is present in the cash-and-carry retail format in the country.

Mars International India, a leading chocolate maker, has invested $114.63 million in Pune. With a total investment of $33.96 million, Kellogg's unit in Andhra Pradesh provides job to 500 persons. The company is also planning to set up an R&D facility and their third cereal facility in Mumbai.

Major investments in the last two years by domestic companies include Patanjali Ayurveda. The company is planning to set up Rs 500 crore (Rs 5 billion) food processing unit in Madhya Pradesh.

The state has cleared 400 acres of land for this. It is expected to provide jobs to about 700 people.