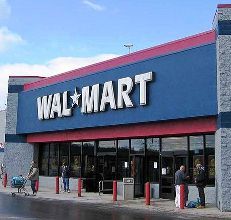 In the wake of a probe into Walmart's US lobbying efforts to enter Indian retail market remaining inconclusive, the government is now considering a possible framework to define 'lobbying' to differentiate between legitimate and illegitimate activities.

The government had constituted a one-man probe panel to look into Walmart's lobbying activities, after a political furore over the issue late last year.

An Action Taken Report, prepared after taking into account suggestions from Corporate Affairs and External Affairs Ministries, among others, on the probe findings is pending before the Cabinet, which may take it up for consideration soon, sources said.

As the probe findings remained inconclusive on whether the American retail giant violated Indian laws in carrying out lobbying with US lawmakers to enter the country's lucrative retail market, the government is now looking into whether a legal framework needs to be put in place to define lobbying.

The probe was announced by the government in Parliament last December and the findings of the investigations, along with the ATR, may be tabled in the Parliament as well.

The government is of the view that a wider consultation process, including suggestions from the general public and other stakeholders, can be undertaken before taking a final call on whether and how to define lobbying, sources said.

This would help differentiate between legitimate and illegitimate activities in the name of lobbying, they added.

Lobbying is legal in the US and many other countries, with the concerned companies

and their registered lobbyists required to make proper disclosures about such activities.

The government-appointed probe panel, headed by former Chief Justice of Punjab and Haryana High Court Mukul Mudgal, had submitted its report to Corporate Affairs Ministry on May 18.

Earlier Corporate Affairs Minister Sachin Pilot had said that lobbying needs to be defined to differentiate it from influencing the policymakers through illegal means.

"As a policymaker, I welcome every input and it is absolutely fine if such inputs help in putting in place a right policy. . .But, when you adopt means to influence policymakers in ways that are illegal, that is not lobbying and that can not be permitted," Pilot had said.

Meanwhile, Walmart has resumed lobbying activities with American lawmakers on matters related to FDI in India.

The retailer spent as much as $1.5 million on about 50 specific issues, including those related to Indian market in the July-September quarter of 2013.

"Discussions regarding Foreign Direct Investment in India" is one of the ten-odd specific issues in the area of trade that were carried out by registered lobbyists on behalf of Walmart during third quarter of 2013, according to its latest Lobbying Disclosure Form submitted to the US Senate.

Overall, Walmart lobbyists discussed nearly 50 'specific issues' with the US lawmakers during the quarter, resulting into total expenses of $1.5 million relating to lobbying activities for the reporting period.

The world's largest retailer has been maintaining that it has made all the disclosures as per the prevailing regulations in the US and it has not violated any Indian laws.
© Copyright 2022 PTI. All rights reserved. Republication or redistribution of PTI content, including by framing or similar means, is expressly prohibited without the prior written consent.