Dr Viral Acharya, who quit as Reserve Bank of India deputy governor on Monday, is the second high-profile exit at the central bank since Dr Urjit R Patel resigned as RBI governor in December.
Syed Firdaus Ashraf/Rediff.com lists the economists who left their perch in the last couple of years. 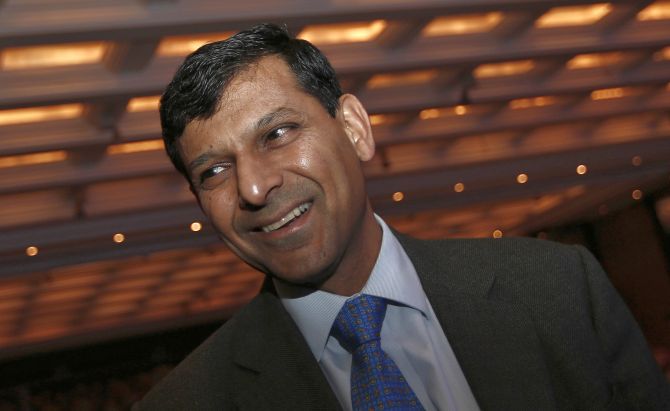 Dr Rajan was unpopular with the ruling regime not only for his unwillingness to cut interest rates, but also for his remarks about the nation's mood since the Modi government took office.

Two months after he left the RBI, on November 8, 2016, demonetisation was sprung on India, a measure which Dr Rajan has been critical about.

Dr Rajan, a former chief economist at the International Monetary Fund, returned to teaching at the Booth School of Business in Chicago. 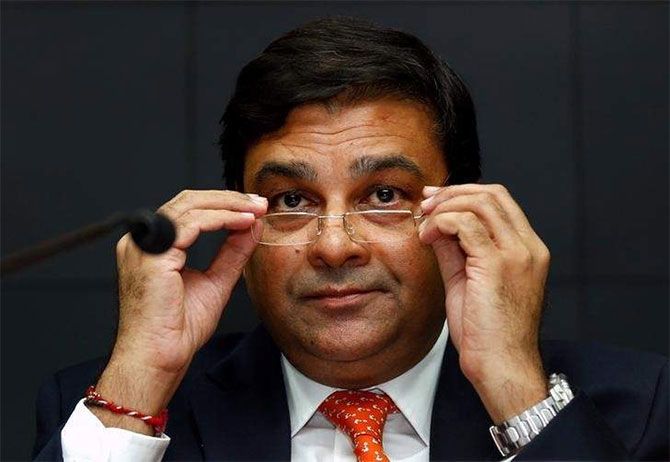 It was on his watch at the RBI that Prime Minister Modi announced demonetisation -- Dr Patel has not so far revealed if he or the central bank were on board before the decision to outlaw Rs 500 and Rs 1,000 currency notes was made.

The RBI was accused of lax oversight when the Punjab National Bank scam, worth Rs 12,600 crore/Rs 126 billion, was unearthed.

What further brought matters to a head was Rashtriya Swayamsevak Sangh ideologue Swaminathan Gurumurthy's appointment to the RBI board in August 2018.

On October 3, 2018, reports stated that the government would invoke Section 7 of the Reserve Bank of India Act which empowers it to issue directions to the RBI.

While Section 7 wasn't invoked, the mild-mannered Dr Patel probably decided that enough was enough and resigned 'with immediate effect' on December 10, 2018, citing personal reasons, nine months ahead of the end of his term as RBI governor. 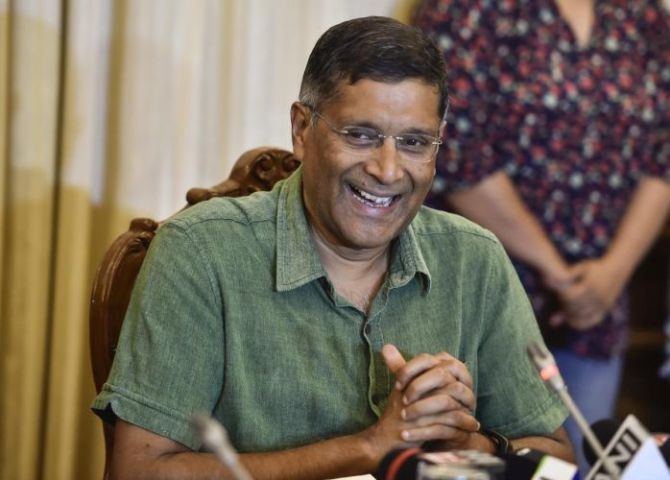 On June 20, 2018, Dr Subramanian, the government's chief economic advisor resigned, citing his desire to return to the United States due to family commitments.

Dr Subramanian commenced his 3-year term as CEA on October 16, 2014, and on completion of three years was asked to continue for a year more.

After he returned to the States, Dr Subramanian published Of Counsel: The Challenges Of The Modi-Jaitley Economy in which he noted that demonetisation was a draconian move.

He also questioned the Goods and Service Tax later, saying it had slowed down the economy.

Earlier this month, he rattled the Modi government when he stated in a paper at Harvard University that India's GDP growth rate between 2011-2012 and 2016-2017 should be about 4.5% instead of the official estimate of close to 7%.

'The Indian policy automobile has been navigated with a faulty, possibly broken, speedometer,' Dr Subramanian said in the paper. 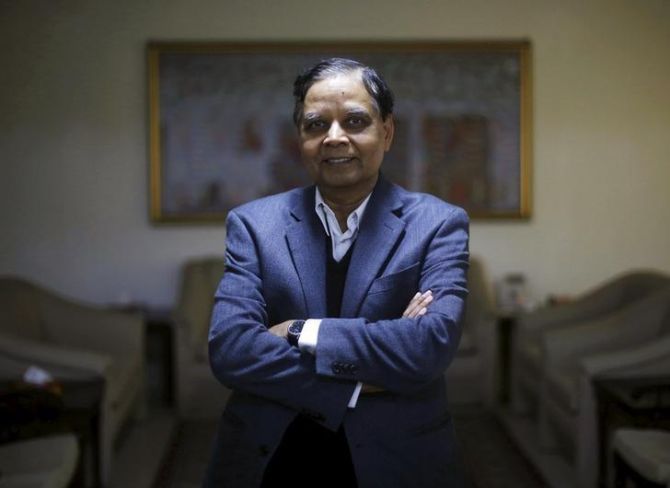 The first vice-chairman of the NITI Aayog, Dr Panagariya resigned on August 31, 2017, stating that Columbia University had not extended his leave beyong August 2017.

A native of Rajasthan, Dr Panagariya has a PhD degree in economics from Princeton University and is the professor of Indian Political Economy at Columbia University.

He was one of the first economists to endorse then chief minister Modi's Gujarat model of development.

During his tenure at the NITI Aayog, Dr Panagariya came under constant fire from the Swadeshi Jagran Manch, one of the Rashtriya Swayamsevak Sangh's units. 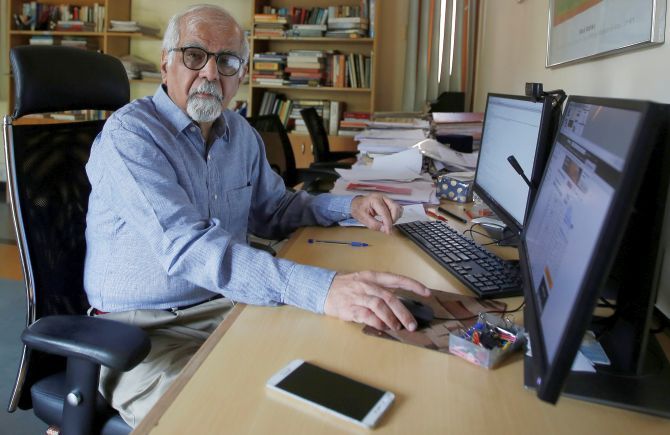 Dr Bhalla, an early cheerleader for the Modi government, resigned from the prime minister's Economic Advisory Council in December 2018.

Dr Bhalla did not cite the reason for his departure, but reiterated that the four years of the Modi government were the best years for the Indian economy, adding that he was only concerned about the bad loans for which he squarely placed the blame on the RBI's monetary policies. 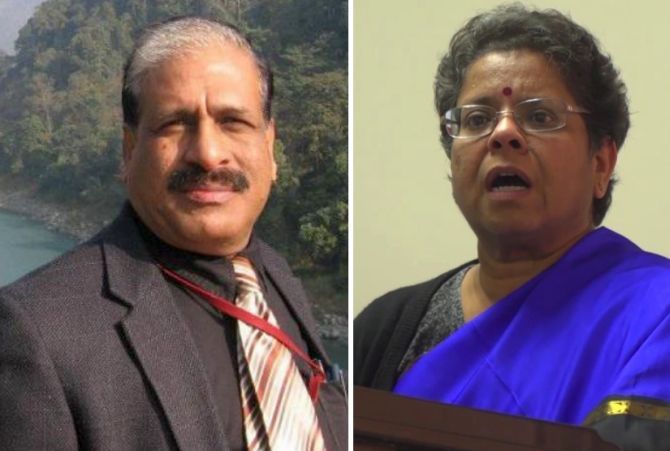 P C Mohanan resigned as acting chairman of the National Statistical Commission along with member DR J V Meenakshi in February 2019 to protest against the non-publication of the Periodic Labour Force Survey. Their term was to end in June 2020.

In television interviews, Mohanan said the delay in the release of the National Sample Survey Office's report on employment was among the reasons for him and Dr Meenakshi to quit the National Statistical Commission.

Mohanan said the data must be released whether the government likes the data or not.

It was later revealed in the report that India's unemployment rate in 2017 rose to 6.1%, its highest level in 45 years. 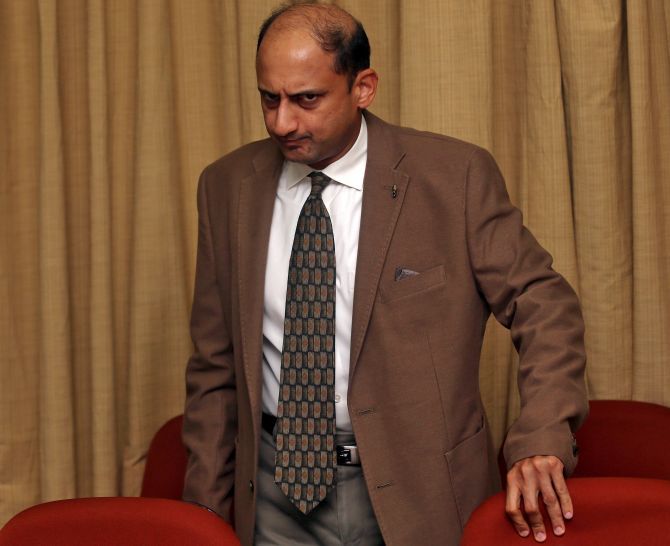 On June 24, 2019, Dr Acharya resigned as RBI deputy governor six months before the scheduled end of his term.

'A few weeks ago, Dr Acharya submitted a letter to the RBI informing that due to unavoidable personal circumstances, he is unable to continue his term as a deputy governor of the RBI beyond July 23, 2019,' the RBI said in a short statement on Monday.

In October 2018, Dr Acharya first alerted the nation to the RBI-government tussle in a speech where he warned about the 'great risk to nations from undermining the independence of the central bank'.