US 'working hard' with India to help grow its economy: Pompeo 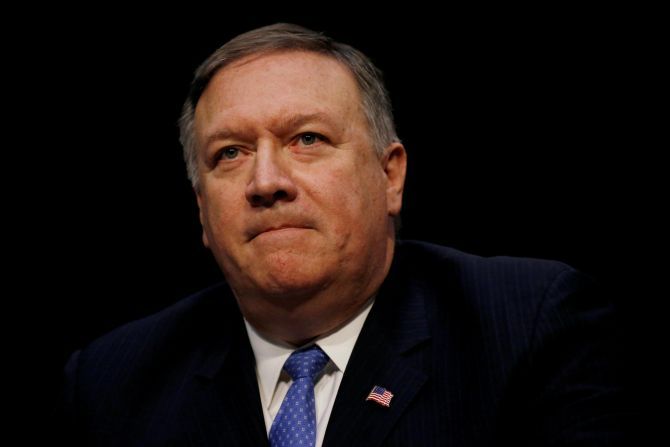 The US is "working hard" with the Indian government to provide the country with opportunities to grow its economy as part of the Trump administration's Indo-Pacific strategy, Secretary of State Mike Pompeo has said.

In June, the US terminated India's designation as beneficiary developing country under the Generalised System of Preferences (GSP) programme.

Pompeo's remarks came weeks after a team led by Assistant US Trade Representative (AUSTR) for South and Central Asia, Christopher Wilson, held talks with senior Indian officials in New Delhi this month on a wide range of bilateral trade issues, in particular on tax and tariffs.

"Our Indo-Pacific strategy is well on its way to bearing fruit for not only them but for the United States, and we have watched these coalitions build out.

“We're working hard with the Indian government to provide them with opportunities to grow their economy as well," Pompeo told reporters accompanying him on a tour to the Indo-Pacific region.

The US is also seeking greater market access for its dairy products and cut in customs duties in information and communications technology products.

The American companies have also raised concerns over price cap on certain medical devices by India.

Stating that the US has taken a unilateral position in rolling back export incentives from India, the Indian government has asserted that it would not allow trade negotiations to overtake issues of national interest.

Meanwhile, India's Ambassador to the US, Harsh Vardhan Shringla said that trade between the two countries has grown to $ 142 billion in 2018, and is expected to reach $ 238 billion by 2025.

The next stage of growth will be driven by the small and medium-sized enterprises (SME) in both the countries, he said in Colorado.

Specifically, the growth of SMEs in the digital marketplace present an ideal opportunity for increased India-US cooperation, he added.