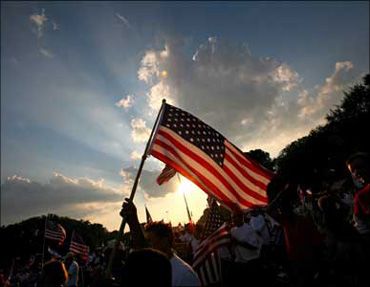 US employers stepped up hiring in May in a show of economic resilience that suggests the Federal Reserve could begin to scale back the amount of cash it is pumping into the banking system later this year.

The unemployment rate ticked a tenth of a percentage point higher to 7.6 percent, in a relatively hopeful sign as it was driven by more workers entering the labor force.

Still, after a winter in which the economy seemed to be turning a corner, May was the third straight month that payrolls outside the farm sector increased by less than 200,000.

Speculation has grown that the Fed could begin reducing its support for the economy by trimming bond purchases as soon as this fall, and Friday's jobs data did little to change expectations.

"It's not great, but it's good. It leaves the tapering talk still on the table," said Steve Blitz, chief economist at ITG in New York.

Investors seemed to take the data as a sign the economy was weathering an increase in government austerity this year. U.S. stock index futures added to gains, while government debt prices were unchanged. The dollar strengthened against the euro and the yen.

Officials at the U.S. central bank have intimated they could be close to reducing bond purchases despite modest economic growth, which is not expected to pick up until late in the year when the sting from government spending cuts begins to fade.

Budget cuts have led to hiring freezes at many government agencies, and attrition could be slowly reducing payrolls. Government payrolls declined by 3,000 in May.

About 4.4 million Americans have been unemployed for more than six months, roughly 3 million more than pre-recession levels. The longer workers are out of a job, the greater the risk they become essentially unemployable. That could deal lasting damage to the economy and has lent urgency to the Fed's efforts to stimulate growth.

Still, May's pace of job growth is right around the average for the prior 12 months. Over that period, the jobless rate fell about half a percentage point and the ranks of the long-term unemployed declined by about 1 million people.

"From a worker point of view, of course, you'd like to see a more robust recovery," said Rick Meckler, President of LibertyView Capital Management in Jersey City, New Jersey.

Even the increase in the unemployment rate had a bright side. The share of the population in the labor force - which includes people who are either employed or looking for work - rose to 63.4 per cent.

That was driven by 420,000 workers entering the work force. That is good news because some of the recent drop in the jobless rate has been due to workers leaving the labor force, either because they retired, went back to school or gave up looking for a job.