US high-tech arms to India stumble on safeguards 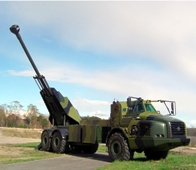 India's marked shift towards American weaponry is, paradoxically, leading towards a flashpoint between New Delhi and Washington.

Over the next three months, key American military platforms -- including the AH-64 Apache attack helicopter, the C-17 Globemaster transport aircraft and the M777 ultralight howitzer -- come to India for user trials.

But New Delhi's reluctance to sign two technology safeguard agreements demanded by the US could lead to India paying top dollar for American equipment that is divested of the cutting-edge electronics, which makes it special.

With neither side giving ground, negotiations have stalled. Before meeting last week in Washington, the US-India Defence Procurement and Production Group -- which coordinates equipment transfers between the US and India -- quietly removed from its agenda a long-running discussion on the two contentious safeguards:

The Communications Interoperability and Security Memorandum of Agreement; and the Basic Exchange and Cooperation Agreement for Geo-spatial Cooperation.

Also threatened by this continuing stand-off is the transfer to India of crucial avionics, satellite navigation aids, and secure communications equipment that power two advanced American platforms that India has already bought:

US law mandates that certain sensitive American electronics can only be transferred abroad after the recipient country signs the CISMoA and/or the BECA. But, New Delhi treats all defence agreements with the US as political hot potatoes.

Last year, India reluctantly signed up for an End-User Monitoring Agreement with the US after extended negotiations that eventually kept American inspectors away from Indian military bases.

Simultaneously, New Delhi flatly rejected a US proposal for a Logistics Support Agreement that would have formally allowed US forces ready access to Indian logistics.

The EUM agreement and the LSA faced vocal domestic opposition, notably from the Left.

Manohar Thyagaraj, a security analyst who studies the US-India strategic relationship, explains: "Foundation agreements such as CISMoA and BECA are required by the US law for providing another country with the most advanced electronics on US weapons platforms.

These agreements are common for all countries that receive US high technology and are not unique to India."

The CISMoA, signed between the US and Korea in October 2008, aims 'to promote tactical systems interoperability' between the two armed forces by allowing the US Department of Defense to provide

'Communications Security Equipment' to protect sensitive data during communications. The Indian Ministry of Defence is apprehensive about permitting the US to fit COMSEC equipment into the platforms that India buys.

If the stand-off over the CISMoA continues, India's eight P8I Poseidon aircraft, which cost $2.1 billion, will be delivered with a down-rated avionics suite, not the high-end electronics that make the P8I a leader in its class.

Talking to Business Standard, Egan Greenstein, senior manager for business development, Boeing Defence, explained: "The signing of the CISMoA would be essential for a high-tech system like the P8I. It is absolutely packed with sensitive technologies.

"The US wants to share these technologies with India, but will make sure that they are suitably protected by the CISMoA."

The growing distance between New Delhi and Washington on the CISMoA is causing frustration on both sides.

A US official complains: "Both sides are just kicking the can down the road, hoping that someone, sometime will see the light and actually do something real about it."

American vexation was officially conveyed during the visit of US Defence Secretary Robert Gates to Delhi in January, when he urged Prime Minister Manmohan Singh and Defence Minister AK Antony to sign the CISMoA and the LSA.

Addressing the press after his meetings in New Delhi, a chagrined Robert Gates pointed out: "These agreements have been laying around for quite a while. this is not some new requirement that has just emerged.

[These agreements] are preponderantly in India's benefit, because they give high-tech systems additional high-tech capabilities. are enablers, if you will, to the very highest quality equipment in the Indian armed forces."

Since the US Defence Secretary's visit, Washington has written back, using concrete examples -- including the P8I and the C-130J aircraft -- to illustrate to New Delhi what capabilities it will pass up by refusing to sign the CISMoA and BECA.

The next discussion on these safeguard agreements is likely during the inaugural US-India Strategic Dialogue from June 1 to 4, when India's External Affairs Minister SM Krishna meets US Secretary of State Hillary Clinton in Washington. 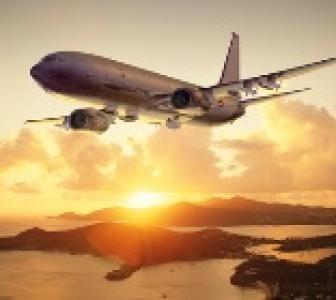 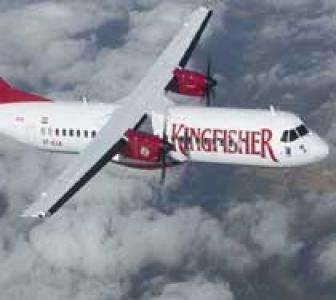