But Down Under is a tough call due to shipment time and quality control issues. 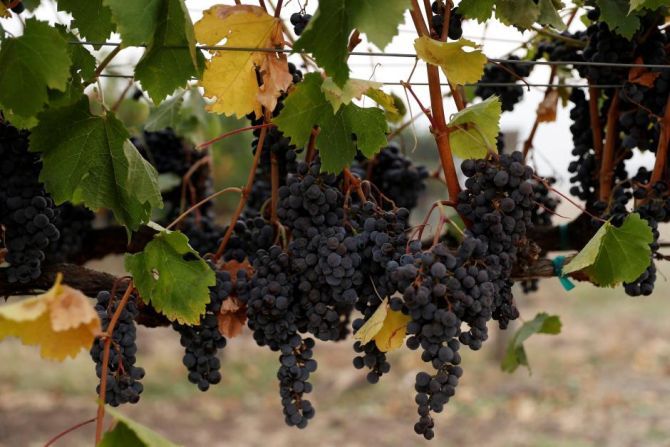 While India has shipped its first consignment of grapes to China to mark the beginning of the bumper season 2019, the potential of exporting to the newly opened market, Australia, looks grim due to geographical disadvantages.

India exports around 190,000 tonnes of grapes worth $300 million a year, of which the Netherlands contributes nearly 33 per cent both in volume and value.

China has been a regular buyer of Indian grapes. During 2017-18, China had imported 827 tonnes of grapes worth $1.3 million from India, a YoY decline of over 52 per cent due to its increased reliance on North and South American countries.

But it has turned a big buyer of Indian grapes this year due to a 25 per cent import duty levied by the Chinese government on the fruit coming from the United States.

“The first consignment of 33 tonnes of Indian grapes has already been dispatched to China and is expected to hit Chinese ports by January 15.

"We are looking to double our grapes export to China this year. Chinese buyers are looking at India as a potential supplier after lower grape imports from the United States,” said U K Vats, General Manager, Agricultural and Processed Food Products Export Development Authority (Apeda).

China, which is not a producer of grapes, meets its entire demand through imports from India and other major producing countries.

Australia, on the other hand, is both a producer and consumer of grapes. Its citizens consume grapes in fresh and processed forms like juice and wine.

Despite the immense potential, however, India does not view it as a major market.

Australia imports grapes from various countries to produce high quality wine for exports, which generated $2.56 billion of foreign currency in 2017.

In volume terms Australia exports around 811 million litres (for 2017) of wines a year.

“Maharashtra is the major grower of grapes. Shipments from Jawaharlal Nehru Port Trust (JNPT) in the state to Australia take more than twice the time needed for the merchandise to reach China. Hence, Indian exporters would require to take optimal care of quality while exporting the fruit to Australia,” said an exporter.

To intensify grapes exports, the Indian government, in association with Apeda, organised roadshows in many countries including China and Australia with free sample distribution, and quality and health benefit education to consumers in the potential markets.

Responding to that effort, the Australian government set a quality and pest risk management standard for grape imports from India and finally opened its market to Indian merchants beginning this season.

“The import conditions for Indian table grapes to Australia have now been uploaded to the Australian Government’s Biosecurity Import Conditions (BICON) database.

“Some exporters may try small consignments on trial basis. But, grapes exports to Australia would not be possible on a sustained and long term basis,” said a senior industry official.