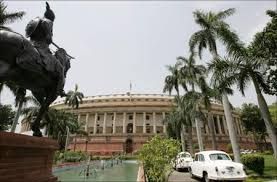 In its first major review of a decision taken by the United Progressive Alliance government, the new Narendra Modi-led central government might tweak a formula, suggested by the Rangarajan committee, to end the controversies around the impending increase in price of domestic natural gas.

The Rangarajan committee had proposed that the price should be determined by taking an average of the US, Europe and Japanese hub prices and then averaging it out with the netback price of imported liquefied natural gas.

According to officials familiar with the development, the Union Cabinet could, within 15 days, take a call on the formula and decide whether an increase in gas price should take effect from July 1.

State-run Oil and Natural Gas Corporation and Oil India Ltd, besides the Mukesh Ambani-controlled Reliance Industries and Anil Agarwal-led Cairn India will be among the major gainers of a gas price hike.

“To sort out all the issues related to gas price hike, there may be a comprehensive high-level review of the formula.

“The priority is not time; it is ensuring the formula is comprehensive and without any legal or political controversies,” said a person privy to the development.

This implies there might be a further delay in the gas price increase, which was earlier expected to happen from April 1 but had to be deferred as the model code of conduct for the Lok Sabha elections kicked in.

The old gas price, of $4.2 a million British thermal units (mBtu), had been set for five years that ended in March.

It was expected the price would be doubled to $8.4 an mBtu.

Asked about this, Petroleum Minister Dharmendra Pradhan said: “We are examining all aspects of the issue.

“We are deeply into it. A right decision will be taken at the right time.” The ministry had informed RIL on April 21 that the new price would be announced on July 1.

Besides, critics had highlighted that the formula gave a very high weight to pricing of LNG bought by Japan.

The UPA government had given the formula a go-ahead in June last year and it was officially notified on January 10 this year.

During the elections, the Bharatiya Janata Party had indicated it would take a fresh look at the formula if it came to power.

Ambani’s RIL, along with partners BP and Niko, had on May 9 slapped an arbitration notice on the government over a delay in gas price increase.

The companies had said they were unable to sanction planned investments of close to $4 billion this year in the absence of a clarity on the pricing issue.

According to a decision taken by the Union Cabinet in December last year, RIL was to get higher price for its gas if it furnished a bank guarantee to cover shortfall in production from its KG-D6 block till the arbitration process was over.

However, there were more hurdles as its partners were not part of the arbitration.

The government might look into sorting out all these hurdles before taking a final decision on the hike.

“The first task before the government is stabilising the economy.

“It is for reforms, as well as protecting the interest of the poor,” Pradhan said.

“Economic reforms are not anti-poor.

“They are, in fact, pro-poor. We need to strike a balance between the two and we will do it.”

The likelihood of a delay in gas price increase has emerged at a time when a proposal to raise the urea price by 10 per cent has been floated to contain the government’s subsidy expense.

The proposed rise in gas price is likely to add more than Rs 10,000 crore (Rs 100 billion) a year to the subsidy outgo on urea.

Riding on a price hike