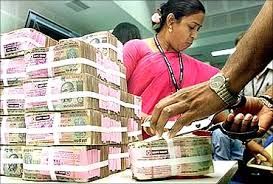 The country's infrastructure sector will get a huge boost from the multitude budgetary proposals, especially those on easing the funding for the sector, ratings agency Fitch said on Monday.

"The new Indian government. . . reasserted one of its core economic priorities to address the country's infrastructure deficit. . . infrastructure to get multi-year boost," it said in a note on Monday.

The agency said through the Budget, the new government has made a commitment to carry forward the previous Manmohan Singh-led regime's efforts to clear the infra backlog.

It singled out the move to allow banks to raise long-term bonds for lending to longer gestation infrastructure projects, and making it more attractive by giving concessions on the mandatory bond holdings and cash reserve requirements, as one of the biggest positives.

"It is the measures to ease funding that are particularly noteworthy and will be critical for driving the new investment cycle," it said.

Fitch said the new government led by Narendra Modi has made new long-term capital investment cycle as a policy focus, which means fiscal and regulatory policy changes should be supportive of corporates in the infrastructure, construction, and real estate industries.

However, these positives will not play out so much in the short term and are applicable only in the medium to long term, it said.

Additionally, measures on the REIT (real estate investment trusts) will also be supportive to the sector, while opening up the construction sector for greater foreign investor play.

On the power sector, the agency said the extension of tax benefits for generating companies by three years will support their profits.

The plans to rationalise and improve coal supplies for power plants are also critical for improving productivity, it added.

It can be noted that infrastructure is estimated to require over $1 trillion in investments during the 12th Five-Year Plan period ending 2017.

The sector has, however, suffered in the recent past due to host of reasons, including difficulties in getting project clearances, some judicial interventions and also higher interest rates.