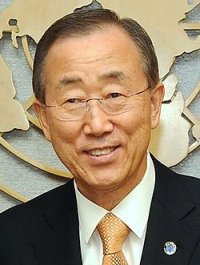 UN chief Ban Ki-Moon on Tuesday asked the international community to take "timely action" to preserve drylands across the world, saying about two billion people depend on drylands for sustenance and income.

Ban was speaking at a high-level meeting at the UN General Assembly convened to highlight the need to reverse desertification.

"The world's drylands are too often an investment desert, seen by governments and the international community as a lost cause," Ban said at the meeting.

"Drought does not have to become famine. Too often the international community reacts too late. Too often decisions are taken based on false economies," Ban said.

About 40 per cent of the Earth's land mass is characterised as arid or semi-arid. Of the two billion people who depend on drylands for sustenance and income, many are among the world's poorest and most vulnerable to hunger, he said.

More than 12 million hectares of productive land are lost due to desertification every year, the equivalent of losing an area the size of South Africa every decade, according to the Secretariat of the UN Convention to Combat Desertification.

"The incentive for the sustainable management of drylands is clear. Why, then, are we allowing these valuable lands that support so many people to deteriorate due to unsustainable land and water use and the impacts of climate change?"

Moon urged the international community to "resolve to reverse this trend. Let us recognise that resisting desertification, preserving drylands and nurturing the communities that depend on them lies at the core of sustainable development."

Noting that land degradation is not just a dryland issue, he said studies show that degradation is occurring in humid, tropical areas at a faster rate than ever before.

"If this phenomenon is not reversed in time, it could roll back our efforts to eradicate poverty, achieve the Millennium Development Goals and sustainable development. As the climate warms, drought will emerge in new areas and become more frequent and intense which is why drought and land degradation must move to the centre of policy development," he noted.

With communities and businesses everywhere discovering the potential of drylands, Ban said countries must resolve to work towards a world of "no more land degradation."

He said contrary to common perception, not all drylands are barren or unproductive. Some of the world's primary cereal-producing regions are in semi -arid areas.

"Timely action on our part can unlock these riches and provide solutions to a number of global challenges, from food insecurity to rural poverty, energy insecurity, biodiversity loss, climate change, political instability, geopolitical conflict and forced migration. But to do this we need enhanced investment in halting desertification and reclaiming degraded lands," he added.

Ban said reversing desertification and improving the productivity of the land will benefit many.

"From restoring ancient terraces in the Peruvian Andes, to planting trees to hold back the encroaching Saharan sands, from rehabilitating watersheds in India to using summer floods to reduce salinity in China, there are examples from all continents of governments and communities reversing desertification and improving the productivity of the land."

President of the General Assembly, Nassir Abdulaziz Al Nasser, said that desertification is one of the most complex challenges today, with serious environmental, economic, political and social impacts that affect people, most of whom are poor.
Yoshita Singh at the United Nations
Source: PTI© Copyright 2021 PTI. All rights reserved. Republication or redistribution of PTI content, including by framing or similar means, is expressly prohibited without the prior written consent.
Related News: General Assembly, Ban Ki-Moon, Nassir Abdulaziz Al Nasser, Moon, South Africa
SHARE THIS STORY
Print this article
Moon renews call for nuclear test ban
J&K assembly to discuss Guru clemency resolution on Sep 29
US lifts 18-year-old ban on gays in American military 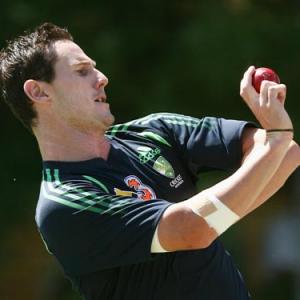 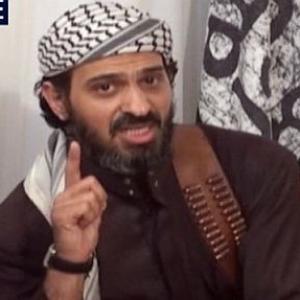 Al Qaeda's chief of operations in Pak killed: US