A UK court on Friday extended the remand of fugitive diamond merchant Nirav Modi till the next scheduled hearing in his ongoing extradition trial on November 3. 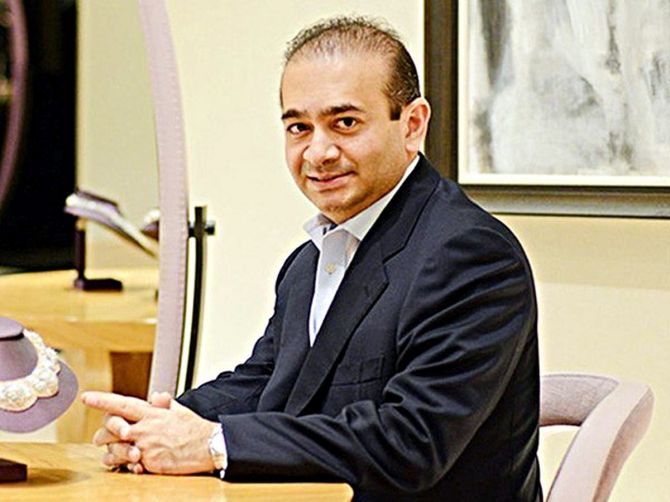 The 49-year-old jeweller, wanted in India on charges of fraud and money laundering in the estimated USD 2-billion Punjab National Bank (PNB) scam case, further remanded in custody during a routine call-over hearing held via videolink at Westminster Magistrates' Court in London.

He is expected to appear again via videolink from his prison in south-west London for the next scheduled hearing in his ongoing extradition trial on November 3.

“I am adjourning the case for the next hearing on November 3 in the extradition case that has been part heard,” said district judge Karim Ezzat.

At the next hearing, the court will be presented with arguments to determine the admissibility of the evidence provided by the Indian authorities.

There is at least one further final hearing in the case, expected either in December or early next year, for closing submissions by both sides.

A judgment in the case is expected only after the closing submissions.

Modi, meanwhile, remains at Wandsworth Prison, where he has been lodged since his arrest in March last year.

At a five-day hearing held last month, Justice Samuel Goozee presided over arguments for and against the case for his extradition brought by the Central Bureau of Investigation (CBI) and Enforcement Directorate (ED).

The Crown Prosecution Service (CPS), arguing on behalf of the Indian authorities, played videos in court in support of additional charges of Modi's disruption of the CBI's investigation by causing the disappearance of evidence and criminal intimidation of witnesses.

Assurances of adequate prison conditions were also provided by the Indian government, including additional commitments of appropriate mental health care for Modi on being extradited.

The defence team, led by barrister Clare Montgomery, sought to not only establish that Modi's actions related to PNB-issued letters of undertaking (LoUs) did not amount to fraud but also deposed witnesses to highlight his fragile mental health condition and a high risk of suicide.

The defence has claimed that the conditions at Barrack 12 in Arthur Road Jail in Mumbai, where Modi is to be held on being extradited, do not meet the UK court's human rights criteria.

The first set of hearings in the case took place in May, with the hearings last month completing the process to establish a prima facie case and determine if the jeweller has a case to answer before the Indian courts.