The gross bad debt of the Indian banking system as of March was at Rs 7.11 lakh crore 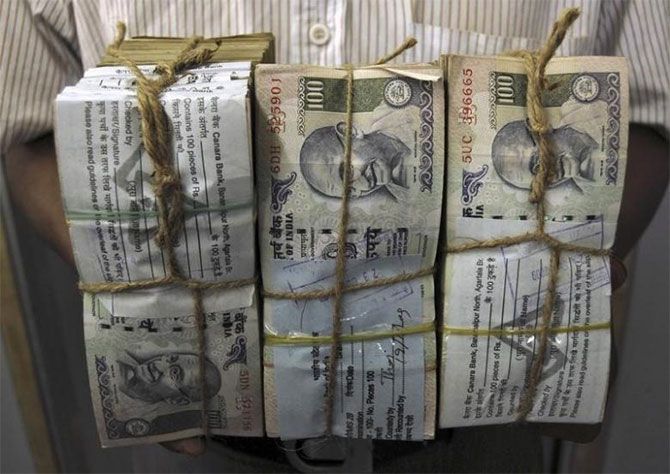 The Reserve Bank of India (RBI) on Tuesday said its internal advisory committee (IAC) had identified 12 accounts that covered about 25 per cent of the banking system’s non-performing assets for immediate resolution under the Insolvency and Bankruptcy Code.

The gross bad debt of the Indian banking system as of March was at Rs 7.11 lakh crore, which means the 12 accounts would be responsible for about Rs 1.78 lakh crore.

The central bank did not give the names of the borrowers.

The government has amended the RBI Act, giving powers to the central bank to direct banks to take punitive action against individual accounts under the Code. Earlier the central bank could give directions only on an industry basis.

The process of appointing a professional to take over the management of a company and then come out with a solution to repay loans will take a long time and may not be a workable solution, say corporate lawyers.

The process begins with the banks approaching the National Company Law Tribunal (NCLT) to appoint a professional to manage a company even as the existing board gets suspended.

The professional gets 180 days to come up with a workable solution for the company so that it can repay its loans.

This timeline can be extended by another 90 days. If the company fails to come up with a solution within the 270 days, a liquidator is appointed.

Banks and workers will then have to submit their claims to the liquidator. “The difference between the new code and the Board of Industrial and Financial Reconstruction is that the former has stringent timelines.

Another lawyer said it would be difficult to understand any company’s operations and business in 270 days and hence this may not be a workable solution for banks.

Bankers said the banking industry had prepared the files of 70 such cases which fitted the profile of being considered for insolvency. “Once the RBI comes up with a structure, the industry will send these cases, in accordance with the fitment,” said a banking industry source.

However, a top banker also said there was very little new in the RBI statement as against expectations of bankers.

“Banks were ready to take the large NPA cases to the NCLT long ago. So, actually, lenders have lost a few months of precious time,” the banker said, adding, now that work had been set in motion, the bankruptcy proceedings should stay on course to complete the process within 180 days.

According to bankers, getting seasoned and skilled bankruptcy professionals to handle big ticket cases is a challenge.

Also, as this is a large asset sale, it would be a mammoth task to find bidders with deep pockets. An exercise on this scale is happening for the first time in India.

According to the RBI, the IAC explored 500 top exposures of the banking system and recommended for bankruptcy proceedings “all accounts with fund and non-fund based outstanding amount greater than Rs 5,000 crore (Rs 50 billion), with 60 per cent or more classified as non-performing by banks as of March 31, 2016”.

But the 12 accounts were referred immediately under the Code.

The central bank had earlier cautioned that stress was coming from a few sectors such as power, telecom, steel, textiles, and aviation.

However, banks were not eager to highlight their problem of bad assets and needed RBI prodding to do so. Recently it transpired that private sector banks might have hidden a substantial portion of bad debts even after the RBI’s asset quality review.

“As regards the other non-performing accounts which do not qualify under the above criteria, the IAC recommended that banks should finalise a resolution plan within six months.

In cases where a viable resolution plan is not agreed upon within six months, banks should be required to file for insolvency proceedings under the IBC,” the RBI’s statement said.

The RBI said on the recommendation of the IAC, the central bank would start issuing directions to banks to file for insolvency proceedings under the Code in respect of the accounts identified.

“Such cases will be accorded priority by the National Company Law Tribunal (NCLT),” the RBI statement said.

To deal with the stressed sectors, the RBI in the past had introduced a number of schemes. But most of them failed. However, under the Code, the banks have to come to a resolution in a time-bound manner. The decision of the resolution process can be challenged.

“This is a commendable move, and is not discretionary as everything, including strategic debt restructuring and the scheme for sustainable structuring of stressed assets (S4A) cases, would be included in this. The important point is that lenders can now roll out the resolution process without any discrimination or fear of being questioned.

It will also bring about completely different behaviour from borrowers. More importantly, the no-man’s land, in terms of legal provisions and regulations between all the three stakeholders - the lender, government and judiciary - has come down significantly,” said Ashvin Parekh of Ashvin Parekh Advisory Services LLP.