Trump has driven small firms out of business: Hillary Clinton

'Donald Trump's ideas would result in a prolonged recession that would cost 3.4 million jobs'. 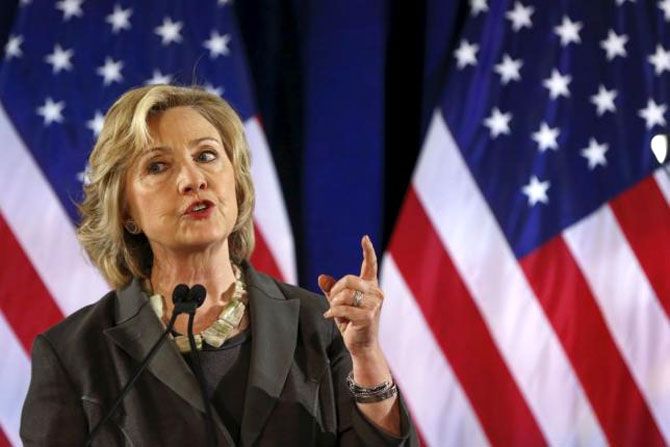 Donald Trump, the Republican presidential nominee, has made a career of 'stiffing' small businesses, choosing not to pay them and driving some of them out of business, Democratic rival Hillary Clinton has alleged.

Citing an independent analysis, she also claimed Trump's ideas would cost 3.4 million jobs while her plan would create over 10 million new jobs.

"Donald Trump has made a career of stiffing small businesses, driving some of them actually out of business. He refused to pay them for the work they'd already done – not because he couldn't pay them, but because he chose not to pay them," the 68-year-old former secretary of state said on Tuesday in a tele-town hall with small business owners.

"I believe when you succeed, families thrive and our nation prospers. But I also know that in lot of ways, the odds are stacked against too many of you too many times. It's clear that big corporations get a lot of the breaks. It's much harder for you to get a loan, to file taxes, to offer health care to your workers," she added.

"You want commonsense policies that will make life a little bit easier, and that's why I am releasing our plan today," Clinton said.

She said according to an independent analysis, Trump's ideas would result in a prolonged recession that would cost 3.4 million jobs. "That same analyst analyzed my plan and found that the economy would create more than 10 million new jobs."

Clinton's vice presidential running mate Tim Kaine also held a roundtable with local small business leaders in Colorado and laid out their plan to strengthen small businesses that seeks to streamline the start-up process, expand access to capital, and simplify tax filing practices to mae it easier for entrepreneurs to turn their dreams into reality and become economic engines for local communities.

"It's the taxpayer subsidising their debt toward the investment. That would be a massive mistake, to provide a negative tax rate for the biggest companies in the country if they're debt-fueling real estate or other investments.

"We call this the King of Debt loophole, since Trump likes to brag that he's the king of debt," Kaine said.

The Virginia Senator said 70-year-old Trump has highly unusual expenditures, even in this campaign.

"So, as an example, Trump is renting space in one of his buildings to his campaign, and the campaign is paying Donald Trump personally for the space," he said.

"Once he started to fundraise dramatically – he was self-funding a while, but once he started fundraising dramatically, he immediately tripled the rent payment that his campaign was paying him personally. So once donors were writing checks to the campaign, Trump said, 'Wow, I can get more money personally out of this'," he alleged.