Mumbai outpaced Bangalore, with a margin of about Rs 200 crore (Rs 2 billion), to become India's top biotech city in terms of revenue while Bangalore-based bio pharmaceuticals major Biocon clocked the highest revenue in 2009-10. 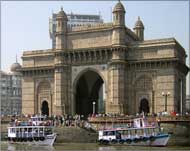 Biocon, known for its insulin and cancer drugs, topped the Biospectrum-ABLE list of top 20 Biotech companies after a gap of four years growing at 29.34 per cent to record revenues of Rs 1,180 crore (Rs 11.8 billion), said the eighth annual survey.

The survey has been jointly conducted by the Association of Biotechnology Led Enterprises (ABLE) and monthly journal BioSpectrum from the CyberMedia group based on inputs from over 150 biotech companies.

According to the survey, the Indian biotech industry has grown three-folds in just five years to report revenues of $3 billion in 2009-10, a growth of 17 per cent over the previous year.

The sector earns a little more than half of its revenue from exports. Bio-pharma and bio-services sector contributed 63 per cent and 33 per cent to the total biotech exports, respectively. The bio-agriculture, bio-industrial and bio-informatics sectors remained focused on domestic operations bringing in nearly 90 per cent of their revenues from India.

The BioSpectrum study notes that the biotechnology ecosystem has become strong with technology providers and the biotech education sectors playing a key role.

While Biocon was number one, Pune-based Serum Institute of India slipped to the second spot with revenues of Rs 850 crore (Rs 8.5 billion).

The 137 companies in the region clocked Rs 6,631 crore (Rs 66.31 billion) during the year increasing the region's share in the overall revenues by three per cent over 2008-09, thus gaining a lead of six per cent over South.

West is home to top Bioagri companies such as Monsanto, Mahyco and Ajeet Seeds and MNCs like GlaxoSmithKline, Roche, Aventis Pharma, Wyeth and Quintiles.

Four of India's top ten services companies are also based out of West, including the number one CRO in the Indian industry - Quintiles India (Rs 375 crore). 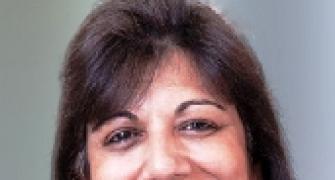 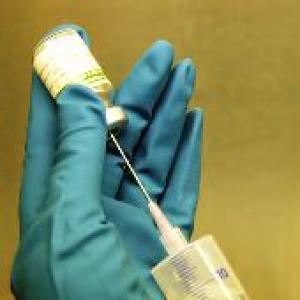