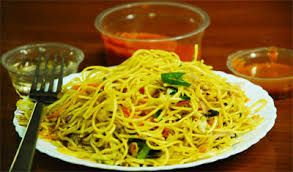 Nestlé India is preparing a blueprint for a possible relaunch of the Maggi instant noodles brand.

Bombay High Court on Tuesday allowed Nestlé India to export Maggi noodles but did not lift the ban on its local sales.

To prepare itself in the event it gets a go-ahead from the Bombay HC to resume sales in the country, Nestlé India is conducting an internal survey, seeking inputs from employees on how ‘Maggi could be returned to its rightful position’.

In an e-mail to employees recently, Nestlé India's Managing Director Etienne Benet said, "We are determined to resolve the Maggi noodles issue in the best possible way.

“We will return Maggi to its rightful position as ‘the most trusted food brand in India’. “You have a role to play, too. We know many of you will have suggestions or comments as to how this can be achieved."

Persons in the know said the idea was to generate a bank of ideas to help the company deal with the current crisis, as well as plot a way forward.

Labels such as 'No added MSG' could be removed from the new packs, persons in the know said.

In an emailed response, a Nestlé India spokesperson said the company would do whatever was needed to bring Maggi back.

"But no concrete plan can be drawn on the matter before complete clarity on the issue," the spokesperson added.

Prior to the ban and recall, Nestlé India derived 26 per cent of its Rs 9,800-crore (Rs 98-billion) annual revenue from Maggi noodles, regarded as the country's best-known comfort food.

India is also the largest market for Maggi.

Experts said Nestlé India was unlikely to vacate the segment because of the current crisis.