If Walmart is spinning success stories of Indian manufacturers in global markets, Amazon is taking 'Make in India' to the world, bolstered by its 'Global Selling Programme' 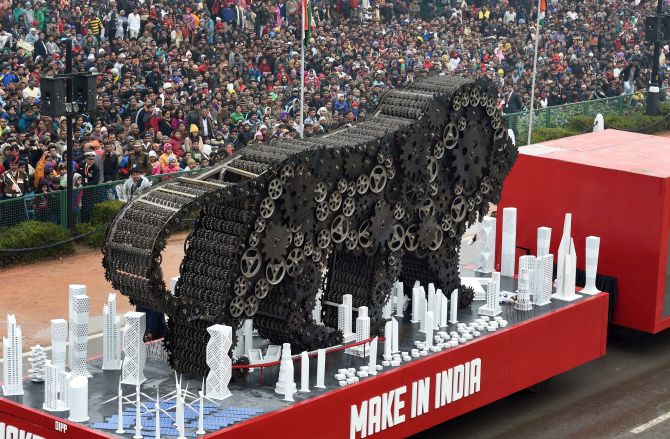 Mumbai-based Indo Count Industries is one of the fastest-growing suppliers of home textiles in the US and European markets.

The Indian textiles maker has forayed into 49 foreign markets and nurses ambition to become a global leader, thanks to retail major Walmart.

A partnership forged with Walmart’s home brand Canopy over a decade ago helped the company to expand globally.

Being a Walmart supplier has not only helped the company elevate its position to a trusted supplier but also allowed it to invest smartly in the business to increase its market share globally.

Indo Count Industries is not a case study in isolation.

Hordes of home-grown Indian manufacturers and sellers are profiting from the business models and facilitation offered by India-focused multinationals such as Walmart and Amazon.

Walmart, with its sourcing model, and Amazon, by offering a Global Selling Programme, are raising the aspirational bar on small Indian businesses, elevating them to earn the coveted tag of ‘global entrepreneurs’.

Walmart has set up a global sourcing centre in Bengaluru, which sources an array of India-made products - textiles, apparel, pharmaceuticals, and handicrafts - for catering to 14 foreign markets.

“India is an important sourcing market for Walmart. Not only do we procure over 95 per cent of the goods sold in our Best Price stores from local companies, including SME (small & medium enterprises) and women entrepreneurs but also we have a global sourcing centre in Bengaluru.

"We work closely with and engage our suppliers to understand and meet our responsible sourcing and compliance standards,” said Marilee McInnis, director of corporate affairs, Global Communication, Walmart.

Ashish Kapoor, director at Panipat-based Kapoor Industries, recalls how a partnership with Walmart in 2006 fashioned the growth in the company.

“Our plan is growing the production assets by 33 per cent per year that will expand our business by 100 per cent in less than three years,” he says.

As the leading producer-cum-exporter of bath, beach, and kitchen towels, Kapoor Industries accomplished annual export (to the US) turnover of $125 million in 2017.

If Walmart is spinning success stories of Indian manufacturers in global markets, Amazon is taking ‘Make in India’ to the world, bolstered by its Global Selling Programme.

He then evaluated the customer feedback and reviews on the global marketplace and repositioned his products.

The strategy helped Saroj considerably and his earnings rocketed from Rs 24,000 to Rs 2 crore per year.

Amazon said it is empowering sellers from small towns in India by scaling up their businesses and leveraging the digital economy.

“Today, we have over 50,000 Indian sellers as part of the global selling programme, 80 per cent of them are from tier 2 and below cities.

"Sellers and manufacturers in India are producing great quality products and there is an opportunity to connect this supply to hundreds of millions of loyal customers on Amazon’s various marketplaces.

"The aim of this programme is to encourage and empower more and more exporters to come online, reach out to a global customer base and grow and scale their business,” said Abhijit Kamra, head, Global Selling Programme, Amazon India.

Rohit Mehrotra, co-founder of California Design Den, credits it to Amazon for launching and building his own brand in the US.

“After 10 years of manufacturing and exporting to US retailers, we wanted to launch our own brand there, but it was so competitive that our efforts did not yield good results.

"Then we got on Amazon platform through the Global Selling Programme, whose continuous support made sure we focused on quality and were giving value to customers.

"It has also been instrumental in helping us become one of the bestsellers in our category.

"Another milestone for us has been the participation in various sale events in the US such as Black Friday, Cyber Monday, and Christmas and last year itself we saw a growth of 200 per cent,” he said.