Steel, cement, aluminum, fertilisers, tractors, two-wheelers, beverages and carbonated drinks, tyres and FMCG could see demand back to near normal levels by the third or the fourth quarter of the financial year, or even earlier. When will demand for companies reach last year’s or pre-Covid19 levels?

For many sectors, it is too early to predict but in steel, cement, aluminum, fertilisers, tractors, two-wheelers, beverages and carbonated drinks, tyres and FMCG, demand could be back to near normal levels by the third or the fourth quarter of the financial year, or even earlier.

For some, this revival could be across all segments of their businesses.

For others, it will be only in some segments such as tyres, which is seeing some uptake but only in replacement.

Demand for replacement tyres from tractors, commercial vehicles, and two-wheelers is up, said Arnab Banerji, chief operating officer, Ceat, for which 60 per cent of its business comes from the replacement market.

“Even the passenger car segment picked up at the end of May and we expect it to improve in June.

"By July, we expect to be at 80-120 per cent of last year’s demand for replacement tyres.”

He expects good figures from two-wheelers, given that Honda sold over 115,000 units in May.

Yadvinder Singh Guleria, director (sales and marketing), Honda, said a company survey showed that 80 per cent of respondents planned to buy a two-wheeler within three months of the lockdown lifting, partly because of the desire to avoid public transport.

Many sectors linked to infrastructure could see normalisation of demand faster.

In aluminium, orders are coming from fabricators, MSMEs (they expect a big boost after government financial support), the railways (government orders), pipe manufacturers and a little from the auto sector too.

Vijay Sharma, director, Jindal Stainless, said: “In June, we expect sales to be 50-60 per cent of the normal. In July, it should be 70 per cent. We also see new opportunities in exports, especially in markets from where China withdraws due to the backlash.”

“Domestic sales currently are 50 per cent of our sales, while normally they are 90 per cent.

"Till we reach that level, we will not feel we have reached pre-Covid19 levels. Between June and August, we expect domestic sales to be 70 per cent of total sales.

"By Q3 or probably Q4 we will probably reach pre-Covid19 levels,” said Narendran.

Cement manufacturers estimate they will take time till Q4 of the financial year to reach last year’s demand levels.

M Singhi, president of the Cement Manufacturers’ Association, said it would depend on factors such as government infrastructure projects, overall growth or de-growth, and migrant labour returning.

Moreover, procurement has been on a much higher scale since state governments are giving food free through PDS and are doubling rations, which has helped to empty the stocks left.

“The next season will start in September and it will be good,” said Kesavan.

The fertilizer industry is in a sunny spot, having benefited from the lockdown. Retail sales doubled in May after rising over 40 per cent in April.

The monsoon predictions are also good, indicating a good harvest.

“Demand could, however, taper off from these highs for a few months but new government measures such as cash transfers and higher MSPs could push sales up again,” said Rakesh Kapur, ex-chairman, Fertiliser Association of India.

As to sectors which are experiencing pent-up demand, it is difficult to predict whether they will stabilize. Mobile manufacturers are, on average, running at a third of their capacity due to a labour shortage.

“There was huge pent-up demand and inventory was cleared. We expect sales in August to be 100 per cent of our normal demand,” said Hari Om Rai, chairman of Lava International.

“But after pent-up demand dies, there will be a challenge and the market could will decline.”

In consumer durables, Whirlpool India MD Vishal Bhola refuses to predict the recovery rate but says he can see early signs of an uptake driven by pent-up demand in areas where they have opened.

In FMCG, PepsiCo and Coke expect sales to normalise over last year in Q4 of this calendar year once restaurants, hotels, and shopping malls (which constitute 30 per cent of their volumes) re-open.

Nestlé India is already running its eight factories at 75-80 per cent of capacity, clearly showing that it is supply and not demand that is the issue.

Sales of its immune system booster Chyawanprash have risen by 400 per cent during the lockdown. 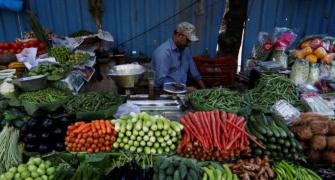 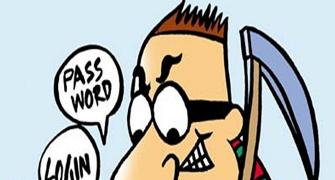