India relaxed foreign direct investment (FDI) rules on Tuesday in a broad swathe of industries including telecoms, single brand retail and oil and gas in a bid to lure capital inflows, prop up a sliding currency and rev up growth. 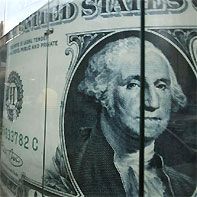 The move will allow companies such as Vodafone Group Plc , Telenor ASA and Sistema to operate in the country without requiring an Indian partner. Foreign investors are currently allowed to hold a maximum 74 per cent in local phone carriers.

Sharma added that the government will have to approve any FDI proposal beyond 26 per cent in the defence production sector, on condition it involves state-of-the-art technology.

India's weakest economic growth in a decade and a record high deficit in the current account, the broadest measure of a country's international trade, have made the rupee the worst-performing emerging Asian currency so far this year.

It hit an all-time low of 61.21 per dollar last week and is down nearly 10 percent against the dollar since May.

To stabilise the currency, the central bank on Monday night raised short-term borrowing costs, restricted funds available to banks and said it would sell 120 billion rupees ($2.03 billion) in bonds, effectively draining cash from the market.

FDI cap in asset reconstruction companies also hiked to 100 per cent from 74 per cent; of this up to 49 per cent will be under automatic route and anything higher through the Foreign Investment Promotion Board.

The government also approved 49 per cent FDI in insurance sector under automatic route.

Removing FDI hurdles further, the government said 49 per cent FDI in power exchanges will now be through the automatic route instead of FIPB route earlier.

The government recommended that 49 per cent foreign investment cap in petroleum will have only foreign direct investment.