A Vodafone Group insider with more than 25 years in the telco across geographies, he's like the eyes and ears of the multinational in India.

Ravinder Takkar, the new managing director and chief executive officer of Vodafone Idea, has been the man overseeing the complex merger ever since the UK-based telecom operator began talking to Kumar Mangalam Birla-led Idea Cellular for what turned out to be a $23-billion integration.

A Vodafone Group insider with more than 25 years in the telco across geographies, he's like the eyes and ears of the multinational in India.

What's striking about Takkar is that everyone in Vodafone Idea seems to acknowledge the overarching role he has played since the merger talks, but few can say more about him.

The Vodafone Group representative, who replaced Balesh Sharma a few days ago, was seen as a possible contender for the top job in the Berkshire-headquartered company's India business back in 2017. 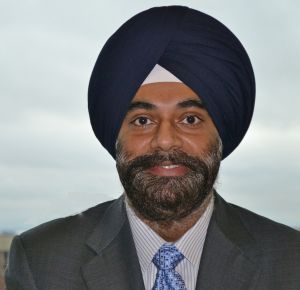 But, the group named Sharma as CEO, and Takkar was appointed a board member of Vodafone Idea as well as Indus Towers.

Also, Takkar remained responsible for all Vodafone Group interests in India as chairman, Vodafone Group Services India - a role that was given to him in 2017.

A former executive at Vodafone Idea described Takkar as an "invisible observer" when the official power centre was elsewhere.

In his 50s, Takkar headed the Romania operation of Vodafone for three years before being called to India.

He's also been the CEO of the company's Partner Markets (some 49 countries where it doesn't hold any equity interest but has agreements with local operators for them to use its products, services and in some cases the brand too) for about two years in London.

The new man in the corner office at Birla Centurion, the headquarters of Vodafone Idea in Mumbai, has a tough to-do list now that he's the official power centre.

The leadership overhaul is being seen as a test - will Vodafone Idea be able to compete in the turbulent telecom market in India?

With no sign of tariffs moving up ever since Reliance Jio changed the market dynamics, that's a tough test to clear for Vodafone, which operates in over 25 countries, besides being present in 49 other Partner Markets.

But those who know of his business skills, say Takkar is the best bet for the telco at this point.

It seems even during the merger negotiations, he had played a significant role in ensuring Vodafone got the CEO's position. Idea settled for CFO, while getting Birla to chair the merged company's board.

According to a former colleague, Mafalda Alves Dias, who had worked with Takkar at Vodafone Partner Markets in London, "he's a bright professional with a very intelligent strategic mind. It's very easy to work with him as he's eager to help his team improve and grow."

She told this reporter that Takkar's best quality is his people skills.

"As CEO of Vodafone Partner Markets, he had his team spread all around the world literally and somehow he always managed to be present, whether it was through a phone call, video-conferencing or even visit."

She gives an example. When she had moved from London to Portugal and Takkar from London to Romania, he managed to include a break in the agenda to meet her while on a short visit to meet the Portugal CEO, she remembers.

Mafalda was among the first to congratulate Takkar in a LinkedIn post, soon after he was appointed MD and CEO of Vodafone Idea a few days ago.

The congratulatory messages have been pouring in on social media, but Takkar appears to have not spent much time on LinkedIn, Facebook or Twitter.

One of the messages to him says, "you are taking over the ship at a very crucial time. Let's all tide through the storm.