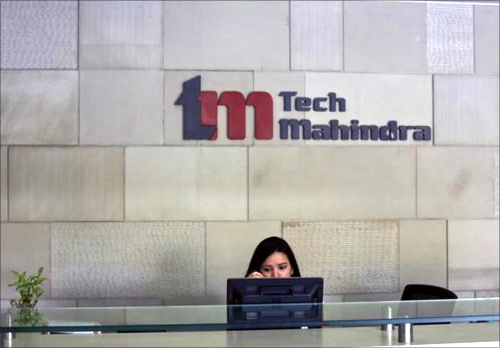 Tech Mahindra has sacked a senior executive who had been accused by a former employee of harassing and discriminating against him on grounds of sexual orientation, according to a tweet by the IT major.

"@gauravpramanik, arising out of an investigation carried out in the matter, the concerned employee has been separated from the employment of the company with immediate effect," Tech Mahindra said in a tweet late Saturday.

It further added that the company believes in diversity and inclusion, and condemns "discrimination of any kind in the workplace". This tweet was re-tweeted more than 400 times and liked over 900 times.

Pramanik, in a statement, said: "The path to my vindication hasn't been easy over the past week. I have been abused, threatened, maligned and my character been questioned. But I knew it would have been this way all this while, and I was prepared for it to rain on me...However, I hadn't realised how mentally exhausting all of this was. Thank you to all who have supported me steadfastly".

He added that he would like to know the steps that policy-makers at Tech Mahindra are taking to ensure that such incidents don't occur in the future.

"How are you, as an organisation going to put in place stricter and more stringent policies to keep a check on discrimination against sexual and religious minorities. How are you going forward with sensitising your employees about gender sensitivity? I would love to hear from their HR team in this regard," he said.

Last week, Tech Mahindra had said it would conduct a thorough probe after a former employee, just days after the Supreme Court decriminalising homosexuality, alleged harassment and discrimination by Richa Gautam, his then team manager in 2015. Gautam has been sacked as the global head of Tech Mahindra’s business services group. Gautam also headed the company’s Anti Sexual Harassment Committee, and was then Chief Diversity and Inclusivity Officer at Tech Mahindra.

In a recent mail written to his previous manager after the Supreme Court’s landmark order, Gaurav Probir Pramanik had cited a 2015 incident where the manager concerned, during an address in a training room, had allegedly made "sweeping generalisation and stereotyping of someone's sexuality".

Pramanik accused the manager of making "mocking judgements" on how his purported "effeminate" nature had affected his work. He also alleged that the manager made "a mockery out of a religious minority and a sexual minority" despite being a leader at a company that prides itself for inclusion and diversity.

In his mail, Pramanik said that he had "promised" to write to the manager "the day IPC Section 377 was scrapped and being a homosexual in a country as great as India was legal".

On September 6, the apex court in a historic ruling had said that consensual gay sex is not a crime, while striking down a British era law that it said violates the right to equality.

Tech Mahindra had faced online criticism after the former employee went public with the charges against his former team leader.

Mahindra group Chairman Anand Mahindra had then said the company is investigating the matter and "will ascertain the facts and see that the outcome is fair and just". He had also assured that the group celebrates diversity at workplace and "fairness and dignity" of an individual are enshrined in core value of the company.